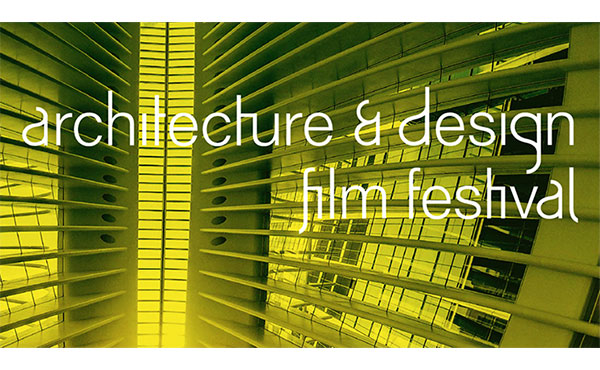 Already a week into this year’s program, the virtual online version of the 12-year-old Architecture & Design Film Festival includes a thought-provoking array of new and old architecture, featuring old masters alongside new rising stars – among the former Alvar & Aino Aalto, Oscar Niemeyer, and Glenn Murcutt, and with the latter Bjarke Ingels, Francis Kéré, and Ryue Nishizawa, among many, many others. Of the 18 films on offer this year, Hollywood’s Architect: The Paul R. Williams Story is particularly noteworthy—a documentary on the first African-American member of the American Institute of Architects (AIA), whose career spanned from the 1920s to the early 1970s.

It is hard to believe it has only been a year since The Architecture & Design Film Festival (ADFF) had its inaugural launch in Vancouver and Toronto, and the first time the film festival had ventured north of the 49th parallel. Started in New York in 2008, since that time it has grown to include Los Angeles, San Francisco, and Washington D.C. Here in Vancouver last year, the premiere of two films – City Dreamers and Douglas Cardinal: Architect of the Future – had the added benefit of having Cornelia Hahn Oberlander and Douglas Cardinal attend their respective screenings.

And in the true spirit of the festival, Oberlander and Cardinal both were featured on panels after the film with each film’s director, all of which have now been relegated to a Zoom panel discussion. And like so much else that has evolved due to the pandemic, the upside of this is that international architects from opposite corners of the globe have offered previously taped segments as part of each screening, including commentary by the already mentioned Murcutt, Kéré, and Ingels. But it is Frank Gehry who is the headliner, speaking at the beginning of Aalto, marveling at the astonishing output of creativity from the Aaltos, and how it continues to inspire him to this day.

Other speakers include Cathleen McGuigan, editor-in-chief of Architectural Record, and Bjarke Ingels, who contributes to the discussion with Kaspar Astrup Schröder, director of Making a Mountain, the story of the realization of the Amager Bakke power plant in Copenhagen. Known locally as Copenhill, the waste-to-energy plant is best known for the ski slope on its roof, with this now the second time Astrup Schröder has directed Ingels, the first time being in Bjarke’s semi-autobiographical film Big Time released in 2017.

And as previously mentioned, of the films on offer here this year’s standout is Paul Revere William’s career retrospective, in which we learn how he taught himself to draw his house designs upside down while seated with his almost entirely white clientele—including Cary Grant, Frank Sinatra, and Lucille Ball—so as to not have to sit directly beside them. And with 2020 also going down as a time of increased awareness of pervasive systemic racism, the ADFF is offering viewings of the Paul R. Williams film for free of charge.

After Hollywood Architect, the next most astonishing film on offer here is without a doubt Aalto—a deeply personal portrayal of the marriage and design partnership of Aino and Alvar Aalto. For as one learns in the movie, Aino was just as much the designer as her famous husband: she an equally adept furniture designer and carpenter as Alvar was with architecture, with their design company Artek often paying the bills, while the architecture office was weathering the leaner times.

The movie moves back and forth between the deeply personal love letters read back and forth between Alvar and Aino, revealing intimate details of their relationship in the process, juxtaposed with the many architectural projects Alvar realized, including the Villa Mairea, Paimio Sanatorium, and Viipuri Library. And interspersed with this is the amazing material explorations the Aalto’s furniture company produced, including among their many, many designs the canonical bentwood (and IKEA copied) 402 Series chair, and the wonderful Iittala vases.

And Spacing Toronto readers will be pleased to see, not one, but two movies on offer about their fair city—There’s No Place Like This Place, Anyplace about the demolition of Honest Ed’s, and Magical Imperfection, about Raymond Moriyama and the firm he founded in 1970 with Ted Teshima. The former looks at how an inner-city Toronto neighbourhood has been transformed with the departure of its biggest cultural and commercial tenant, while Moriyama’s film starts with his memory of being in an internment camp as a child during the second world war, and how he would emphasize social justice and equality in his work as an architect for the rest of his career.

Each film begins with a brief Zoom introduction by festival director Kyle Bergman, who explains that they get about three hundred films a year which they have to whittle down to about two dozen—quite the task indeed! He is admittedly proud of the diverse and stimulating films this year from all corners of the globe, and understandably looks forward to next year where we will hopefully be able to return to the theatres.

And while this year in Vancouver we will miss going to the Vancity theatre to see these films in person, the ADFF has offered here a seamless online platform for viewing the movies on your TV, computer, or handheld, at the cost per movie of a single ticket at the regular theatres. We can only hope the big screen experience will return again soon, and will look forward to the next installment of the festival in the flesh, sure to include many films exploring the architectural ramifications of the pandemic on our cities and shared community spaces.

Perhaps Boullée will have his day yet—we will just have to wait and see!