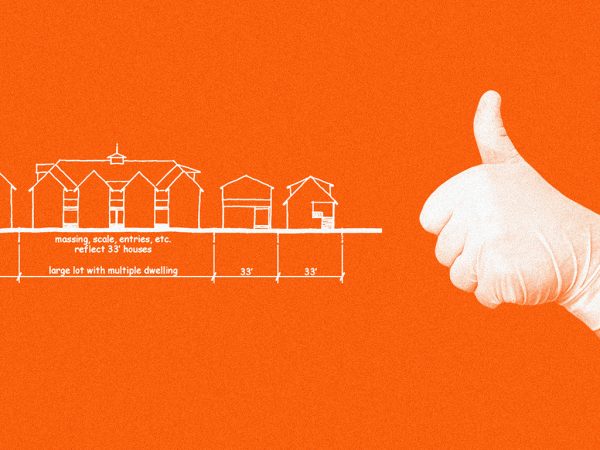 Go to just about any Vancouver council meeting or public hearing to do with urban growth and you can bet someone will say that change will hurt neighbourhood “character.”

Preservationists are most concerned with neighbourhoods of detached houses. Speakers at hearings for new developments in the past year have mentioned the loss of character alongside the dangers of “overshadowing,” harming a “mostly family area” and “visitors parking their cars and visiting their friends at all times of the hour.”

The focus on character has frustrated homebuilder and designer Bryn Davidson for years.

He recently opened a booklet of updated residential zoning guidelines — RS-7, if you must know — and found that a third of it was focused on exterior character.

“This is just about looks,” he said. “Not affordability. Not climate change. Not accessibility.”

In a crisis of affordability, should Vancouver really be handling neighbourhoods dominated by houses with—in Davidson’s words—“kid gloves”?

Some of his gripes:

You get more density in some zones if you build a house that looks more traditional, such as a nouveau craftsman style.

You are incentivized by the city to only build a half-storey for the top floor of houses to make them look smaller from the outside. This means you have less building space for the same building footprint.

You can’t build a laneway larger than 940 square feet, regardless of the size of the lot. This limits the size of the family that can move in, despite the city celebrating laneways as an “additional housing option.” It’s also ironic because the city has been trying to encourage condo developers to create more two- and three-bedroom units for families.

There are many other places where the exaltation of single-family house culture creeps in, from rules that prioritize roof aesthetics over functionality to extra square footage given to garages for cars. One rule that lasted until 2018 banned houses from having a front-facing entrance for their basement suite because the extra door would ruin its look.

“The sticks and carrots provided are always about character,” said Davidson.

There’s a metaphor he likes to use to get his point across.

“I’ve got a puppy and a little kid at home. They’re both super cute. But everybody agrees that if I was to try and keep them that way permanently for the rest of their life, that’d be kind of messed up.”

Pete Fry, the Green councillor who is the liaison for the city’s planning commission, can see both sides of the character argument.

“I do appreciate heritage preservation where it’s appropriate,” said Fry. “[But] I know where these things get hung up on stupid minutiae can be incredibly frustrating. Going back and forth adds to the delivery of the housing, and obviously, time is money, especially in this city.”

Looking beyond individual houses, “character” is frequently invoked by homeowners protesting new zoning or multi-family developments in their neighbourhood.

North American homeowners have done this for decades, and there have always been factions of city politicians siding with preservationists to secure votes.

But big change is finally coming to Vancouver’s single-family neighbourhoods.

Mayor Kennedy Stewart is spearheading a plan called Making Home to introduce multiplexes of up to six units, which city staff are currently working on. Davidson, who started his practice Lanefab in 2009, is often asked by homeowners who want to add multiple units on their property for their relatives. The mayor’s plan will finally give them the ability to do so.

“I know it can seem a little bit scary for folks,” said Fry of change. “A lot of neighbourhood character arguments are about incursions into people’s space.”

Fry lives in Strathcona, one of Vancouver’s first neighbourhoods, which has a mix of old houses, multiplexes and apartment buildings.

As the wider city densifies and starts to look more like Strathcona, yes, there may be units that are higher-up that can look into other people’s windows and yards. “But that’s what curtains are for,” said Fry.

“It’s live and let live. We all achieve some level of coexistence because we live in a physically small city with a growing population. We have this lovely vernacular history of Edwardian and Victorian houses, English gardens and bungalows — great housing typologies that I hope we never lose — but we need to recognize that the city has to grow and evolve as well.”

Among the critics who oppose the mayor’s plan is a new political party called TEAM, citing, as usual, its effect on “neighbourhood character.”

But the built environment of today will also have its character become heritage one day. People tend to forget that, says executive director Bill Yuen of the Heritage Vancouver Society.

The city’s current guidelines, particularly concerning its many residential RT zones, “do seem quite curatorial, treating those houses like an object of art,” said Yuen.

“And so what happens, some of these areas form a particular image of that area set in a particular time, and new buildings conform to that look. What happens is that it’s difficult to get buildings or houses that are of today, and express the social, cultural, circumstances of today.”

It’s important to have buildings from an assortment of decades because it allows us to “read” the built history of the city through their differences, said Yuen.

Davidson, the builder-designer, would agree.

“You can’t design anything that reflects the current architectural moment under our oppressive design rules,” he said. “It’s one thing if you’re a gated community in Coral Gables, Florida, but a city like Vancouver should be supportive of architectural expression, and generally we’re not.”

There is the question of whether more units will mean more affordability under Making Home.

In Davidson’s view, it’ll be challenging due to how high land values have soared. “It has everything to do with character and exclusivity,” he said.

The city is trying to create some affordability by mandating a fraction of multiplex units to be sold at set prices and collecting development fees to be spent on other housing programs and child care.

“There are a lot of reasons why they are very nice, compelling neighbourhoods, and I understand people trying to protect that,” said Davidson.

In other words, adding more characters to neighbourhoods with character.

Christopher Cheung is a reporter at The Tyee, where this story originally appeared on March 30, 2022.