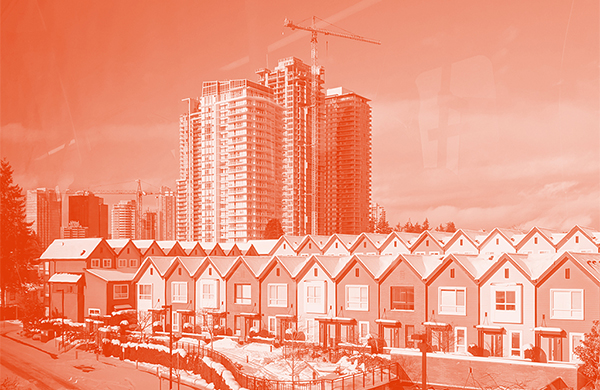 There’s an ‘obsession’ with home prices as a marker of the housing crisis, but a new StatCan survey goes deeper into what people are experiencing when it comes to their housing.

How widespread are evictions? How bad are waitlists? And who’s struggling with housing the most?

Statistics Canada’s latest survey goes into detail about what Canadians are experiencing when it comes to their homes.

There’s an “obsession” with home prices as a marker of the housing crisis, says Andy Yan, director of the City Program at Simon Fraser University.

But he says this survey gives us a better picture of what people are experiencing when it comes to their housing situations.

With B.C.’s municipal elections on the horizon, there are lots of findings for candidates to take note of.

Called the Canadian Housing Survey, Statistics Canada usually conducts it every two years. But because of the pandemic, the agency did the latest in 2021 rather than 2020. The results of that survey (which only cover provinces and not territories) were just released in July.

Here are the findings, with a focus on B.C.

About 2.1 percent of households in all provinces were subject to a “forced move” in the five years leading up to 2021. This could be triggered by a landlord, bank, or the government, says the survey.

In B.C., the percentage is the highest of all provinces; 3.6 percent of households were forced to move, representing 75,400 households.

One reason behind this is that it’s easier for landlords in B.C. to evict tenants. Unlike other provinces, B.C. landlords don’t need to file eviction notices to a governing agency before notifying the tenant. They can give them straight to the tenant, who has the onus of disputing the eviction.

But 52 per cent of those households waiting have been doing so for more than two years.

This is worse than 2018, according to the survey that year, during which 46 per cent of households were on waitlists for more than two years.

(The number of waitlisted households appears to have gone up since the survey was conducted. BC Housing told The Tyee earlier this year that it had 31,200 applicants on its waitlist.)

Owners are happier with their homes than renters

The survey asked households how satisfied they are in their homes. To no surprise, owners everywhere are more satisfied than renters.

“Ownership has a pre-filtering process,” said Yan. “You’re not going to buy something you’re unhappy with… unless you’re on the way to something bigger. Renters don’t necessarily have that choice, not in a place like B.C.”

The survey also breaks satisfaction down by housing type.

In B.C., households are satisfied with detached houses most of all, but this doesn’t mean they hate density. The housing type with the most dissatisfied households are low-rises of less than five storeys—this could be because they’re renting old properties rather than because of a hate for low-rises. A huge chunk of the province’s rental stock are low-rises built between the 1960s and ’80s.

Renters say their ’hood is good

Yan noticed an interesting result from the survey, which also looked at neighbourhood satisfaction.

He interprets this as meaning that many rental neighbourhoods are rich in amenities like shops and services, but are lacking adequate housing options.

Yan says this positive outlook could be a reflection of households in dire straits not filling out the survey or the fact that temporary pandemic policies introduced by the provincial NDP government helped. These policies halted evictions, rent increases and gave rent supplements.

Despite the improvement since 2018, renters have more housing problems than homeowners.

In 2021, 27 percent of renter households were in core housing need, over three times more than owners.

The 2021 survey provides a demographic breakdown across Canadian provinces of households in core housing need.

Compared to the percentage of the total population in core housing need (7.2), there are higher percentages of racialized people (9.2) and First Nations people living off reserve, Métis, and Inuit (13.1). Percentages are more dire within some groups.

Aside from racialized groups, the survey results also highlighted the plight of seniors.

Twenty-one percent of seniors living alone are in core housing need. But if they live with others, this drops to 3.3 per cent.

Back to the toolbox

With a growing population of renters and increasing rental precariousness, Yan says there is a lot in the municipal toolkit for candidates to campaign on this election season.

Some solutions are: using zoning to mandate rentals; cracking down on short-term rentals like Airbnb; creating policy around family-sized rentals; allowing displaced renters to return to new buildings at below-market rates; and introducing penalties for landlords with vacant units. Cities in Metro Vancouver have already begun implementing a few of these.

Of course, Yan, the data cruncher, wants more housing data to be collected, particularly around rented condos and suites in houses.

The problem, though, is the pushback from those profiting from the current status quo of commodified housing.

“There is a level of choice in our political economy where the other side says: please don’t do any of this, let us keep doing our business,” says Yan.

Christopher Cheung is a reporter at The Tyee, where this story originally appeared on Aug. 19, 2022.