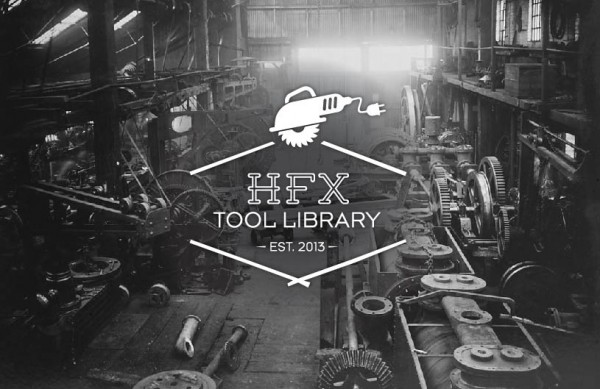 It’s an exciting time for a small group of volunteers who have been working on the idea for months. And I should know: I’m one of them.

Want to see someone make a funny expression? Say “tool library.” Since August, many Haligonians have put those two words together in their minds for the first time, and about 90% furrow their eyebrows in the same distinctive manner. “Tool… library?”

The great thing about the concept is that almost everything you need to know about it is contained in the title. It is a library that lends tools, done.

And it is an idea that makes too much sense not to act on. There are too many tools sitting unused in households throughout the city, and too many people wanting to work on projects, but who lack those same tools. This situation is absurd, and to fix it, tool libraries have been starting to appear in cities across North America.

Three tool libraries now exist in Canada—two in Toronto and one in Vancouver—and another will soon launch in Calgary.

There are many good reasons that people do not own their own tools. Students can hardly amass a large collection when they may leave in a few years. Apartment-building dwellers do not have anywhere to store them, and if they do, they do not have anywhere to use them. Some people cannot afford tools, whether they are low-income or just do not have it in their budget. Many might enjoy building or repairing things themselves, but if it costs a few hundred dollars for their first set, they may never try.

More fundamentally, not everyone should own their own tools. Instead of every household having a copy of each thing they may need, we can waste less money—and less of the planet—by collecting those possessions in a place where everyone has access when they need them.

Of course, this kind of system does not only work because of trust: tool libraries can track loans and call collections if necessary. Whereas lending is easy in small towns where everyone knows each other, it can be difficult in the anonymity of cities. Online and electronic systems are starting to overcome that boundary, which is sparking a renaissance in the sharing economy of which tool libraries are a small part.

High-end dresses cost hundreds and can only be worn so many times. So lend or rent them. Why spend the Canadian average of $10 000 a year on car ownership if you live in the city centre and only need one occasionally? Thank you CarShare Halifax. In Toronto, they also have a Kitchen Library. How about the Halifax Art Supply Library? Art Library? Film library? Auto-Tool Library? A seed library?

There is huge potential for the sharing economy in Halifax. Once the the Tool Library has its inventory and legal system in place, it will hopefully help all kinds of resource-sharing get off the ground.

We will all be a bit wealthier when we can do more with less. We will also live in a better city when anyone who wants to work on a new project has access to the everything they need to do it.