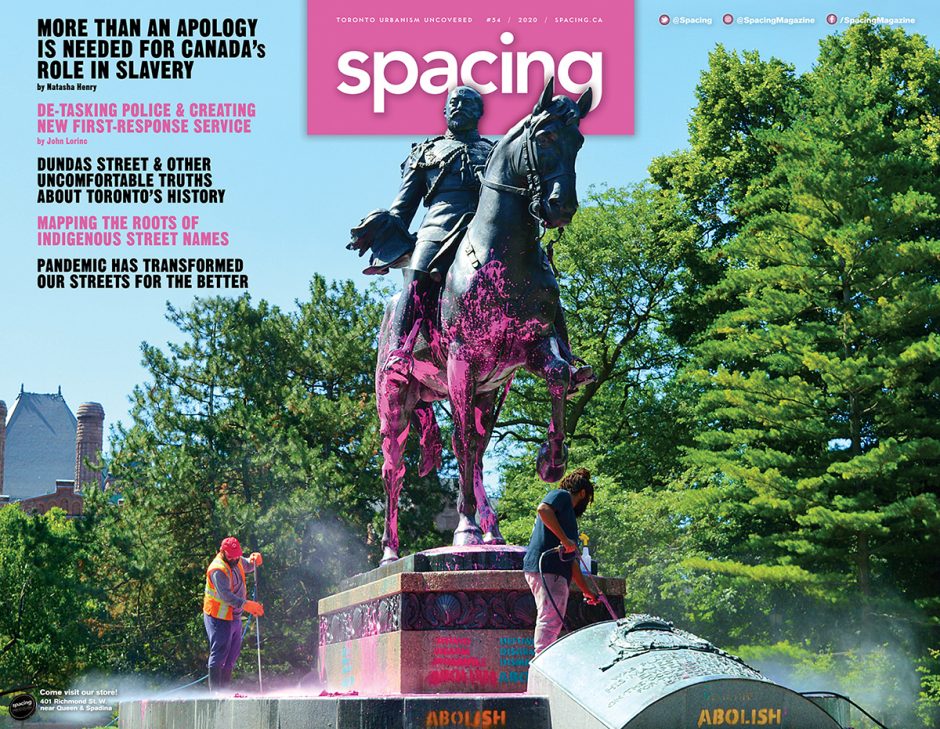 If 2020 has taught us anything, its to expect the unexpected.

Issue #54 focuses on a number of the distruptive challenges facing our city: impact of months of isolation during the pandemic, a built-up frustration about police profiling of Black residents that has boiled over, and how we should honour (or not) past figures of colonization. Senior editor John Lorinc explores the idea of ‘de-tasking’ police while Natasha Henry tackles the role Toronto, Ontario, and Canada played in the world of Black slavery.

But the issue is also filled with features that spark curiosity and amusement about our city: we map all of the Toronto’s indigenous street names; profile the empowering work of the Black Creek Community Farm; feature the research of local archaeologists examining downtown privies from a century ago; and go in search of the 30 banana trees plated throughout the city’s parks.