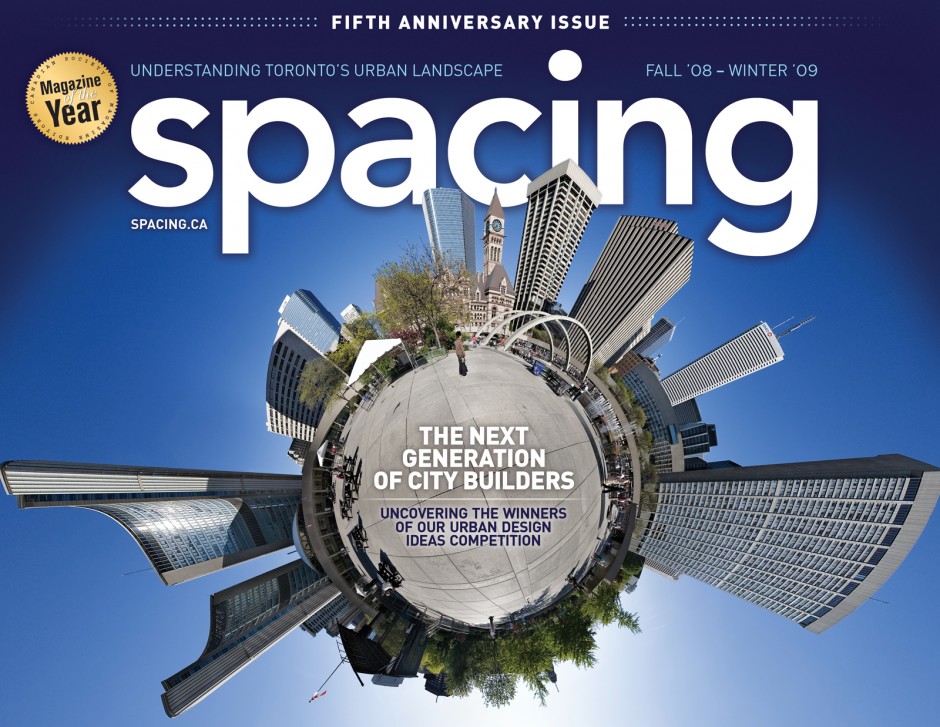 The Fall 2008-Winter 2009 issue of Spacing marks the fifth anniversary of the magazine. Spacing’s editors decided to turn the cover section over to our young readers: we asked the next generation of city builders — those 35 years and younger — to submit their ideas on how to improve Toronto’s public spaces. The winners include proposals such as transit shelters that double as book exchanges, reflecting mirrors that allow people to what’s going on below or above a sidewalk, mobile apps that encourage TTC riders to interact with one another, and elevated gardens above the waterfront rail corridor. The cover section is packed with inventive ideas that demonstrate the ways tomorrow’s urban leaders are thinking outside of the box. This issue was also nominated for Magazine of the Year and Best Single Issue at the 2009 National Magazine Awards.