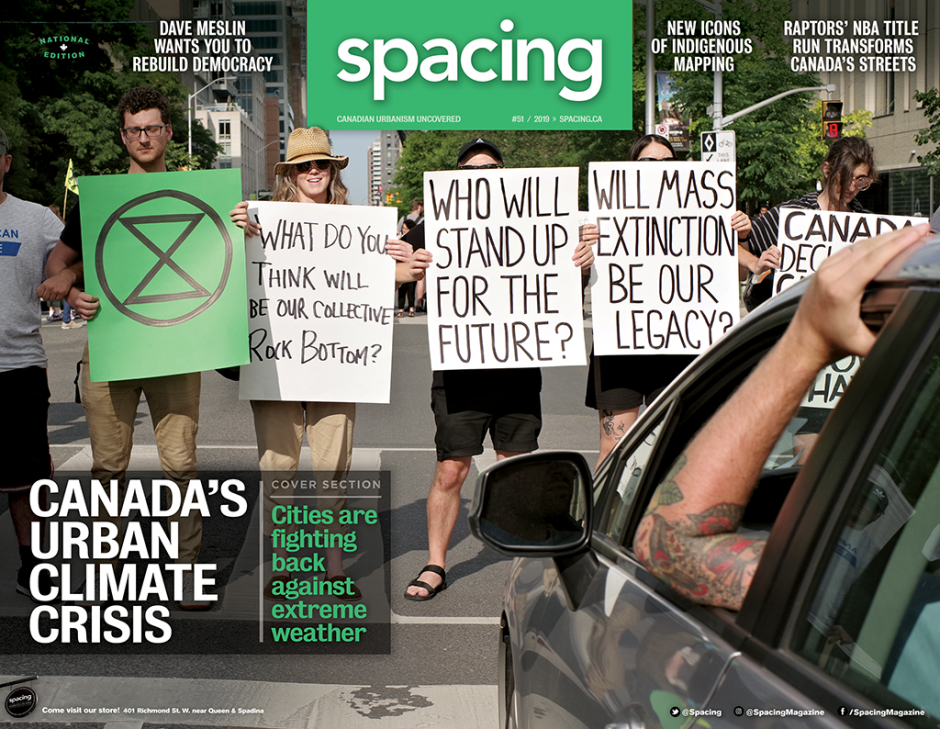 As heat waves consume the Arctic and droughts spring up in fertile farmland, what are Canadian cities doing to tackle the emerging climate crisis? A lot, actually. In fact, our cities are doing more than any other level of government. Our contributors explore mitigating flooding in Ottawa, investing significant funds in green initiatives, street tree planting in Edmonton, and how to fight climate change in your own backyard.

The pages of Spacing are also full of unique stories: the new iconography of Indigenous mapping, the origins of Toronto’s first shipping container market, how new security at Winnipeg’s public libraries is being implemented, and the nation-wide street parties created in the run-up to the Toronto Raptors first NBA championship. Plus, read an exclusive excerpt from “Teardown” by Dave Meslin, one of Spacing’s original founders.