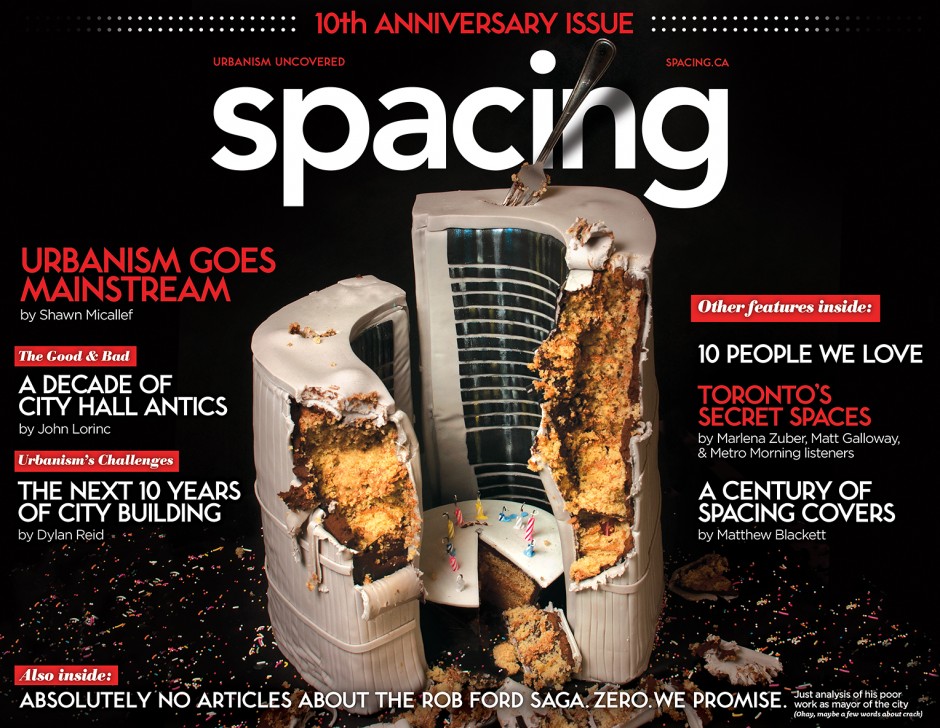 The 30th issue of Spacing marks the magazine’s 10th anniversary.

The editors and contributors look back on how the Toronto and urbanism has evolved over the last decade. Senior Editor Shawn Micallef examines how arcane topics like subway alignment, modernist architecture preservation, or garbage bin design went from personal pet projects to mainstream interest. Our politics specialist, John Lorinc, outlined the 10 best and 10 worst ideas/policies that came out of city hall. Creative Director Matthew Blackett pretended that Spacing was celebrating its 100th anniversary and designed 10 covers stretching back to World War I. Senior Editor Dylan Reid looks into the future and predicts the 10 biggest challenges facing the urbanism movement in Toronto.

And as the cover promises, there are no articles about Rob Ford’s ever-developing brush with the law — just analysis of his terrible reign as mayor.