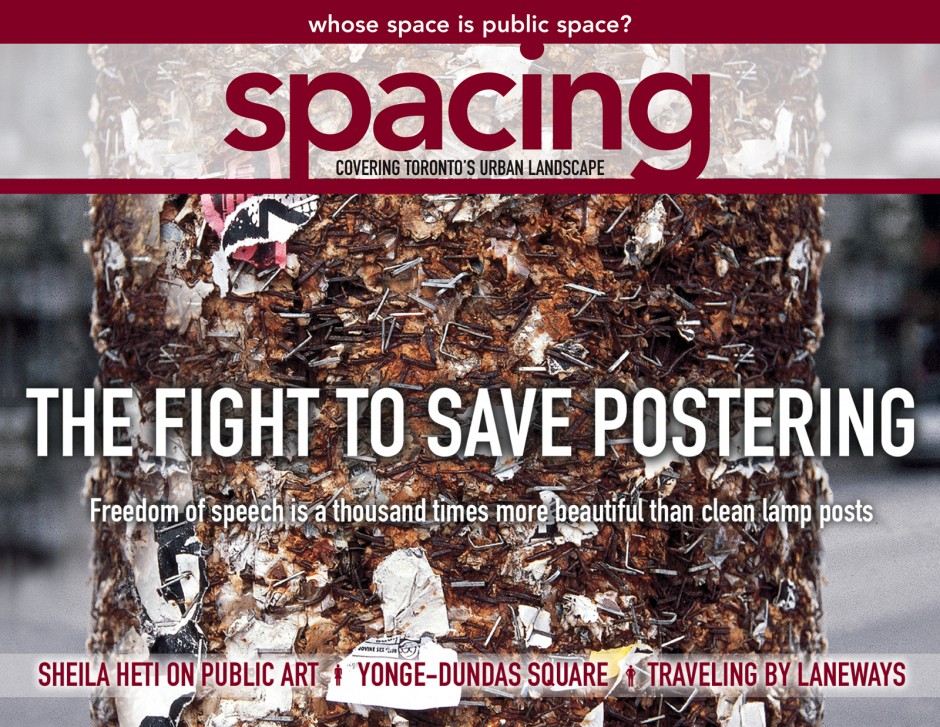 The first issue of Spacing was launched on December 3rd, 2003 — it was 40 pages in length and the inside pages were all black and white. The cover section highlights residents’ fight to save postering in Toronto. At the time, the City of Toronto planned to ban posters on 99% of the utility poles and lampposts across the city. Spacing editors were part of a campaign to allow postering to continue, arguing that a Supreme Court of Canada ruling granted municipalities only a limited amount of power to restrict posters. In 2007, Toronto City Council voted to allow posters on poles and began to roll out street furniture specifically built for postering. This is not to say that posters can’t have a negative effect on the public realm: our writers explore the good and bad of posters, how postering has been used to communicate to the public throughout the ages, and how posters can be used for more than just promotional materials.

The issue also features a lengthy essay by Shelia Heti on the need for random works on public art in the public realm of cities.