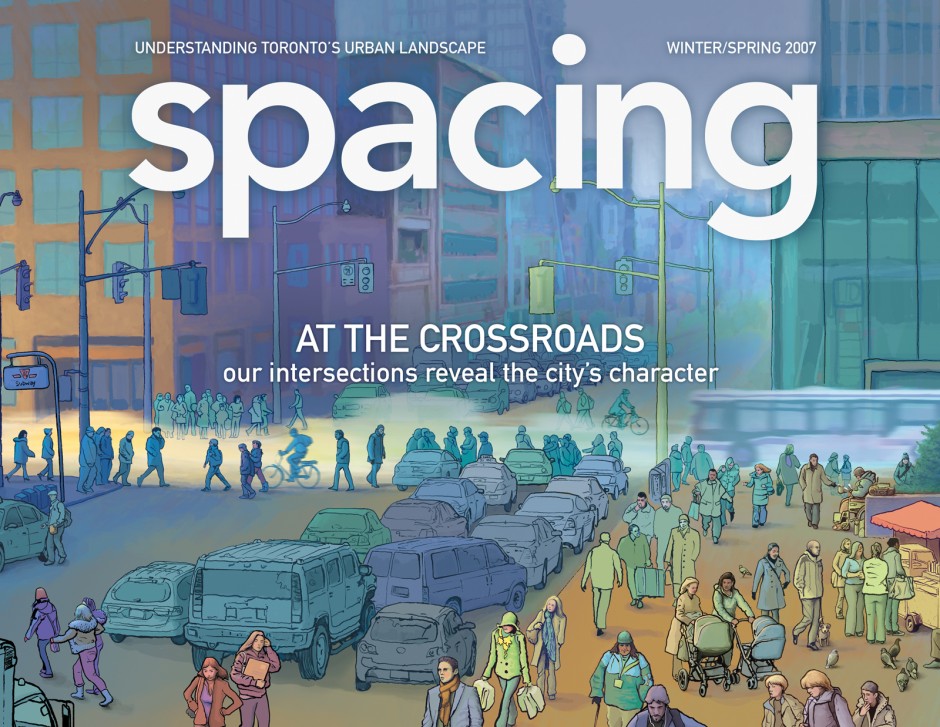 The cover section of the Winter-Spring 2007 issue of Spacing takes a close-up look at our intersections and what our crossroads reveal about our city — Markham & Lawrence, Gerrard & Coxwell, The Allen & Eglinton, Albion & Finch, Richmond & Sherbourne, among others. Spacing contributors explore how some communities are experiencing gentrification and rehabilitation, and how other neighbourhoods were planning disasters from the start. Other topics covered include the organized chaos of our traffic lights, an explanation behind the colour combinations of subway station platforms on the Bloor-Danforth line, what happens when you send a letter to a park, and the rankings of the best toboggan hills in the city. The issue launches John Lorinc’s City Hall column. The major feature of this issue, written by contributing editor Ed Keenan, received a Best Personal Essay nomination by the National Magazine Awards in 2008.