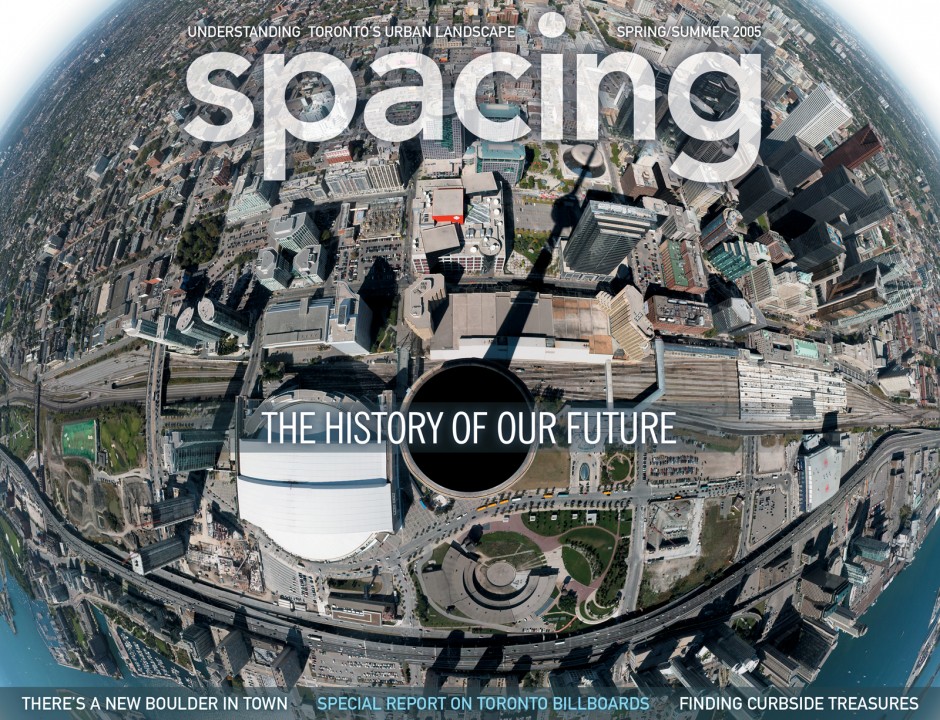 History of our Future

Issue 4 of Spacing sees our writers contemplate the city Toronto could’ve been and the place it could become. Articles focus on such topics as: the highways planned throughout the downtown and midtown parts of Toronto but never built, hooking up a sound system to the CN Tower, turning the SkyDome into a sustainable housing community, the other proposals submitted in the 1950s for New City Hall, a city-wide network of enclosed and elevated bike paths, and waterfront urbanism at work in the Port Lands, 2043. This issue also sees the release of a report conducted in partnership with the Toronto Public Space Committee on how the city is being overrun by illegal outdoor billboards. In May 2006, this issue of Spacing won Gold at the National Magazine Awards in the Best Editorial Package category.