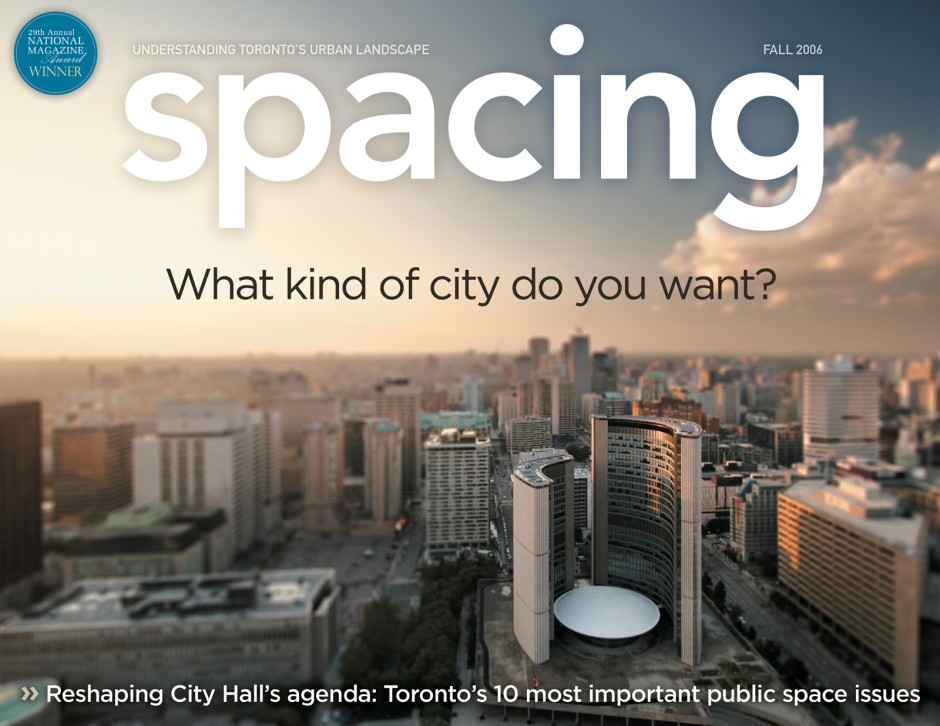 The release of the Fall 2006 issue of Spacing is focused on the city election of 2006 — we outline the 10 most important public space issues Toronto faces so that our politicians will wake up to a number of urgent matters: our dwindling urban forest, the spectre of Peak Oil and how the city is dealing with smog, how Toronto is mismanaging development and putting unnecessary strains on our neighbourhoods, how the city is selling its infrastructure and getting very little in return, and also outlines a list of 45 Things To Do for the next city council. The magazine features articles on hanging out in cemeteries, riding your bike with headphones on, the inventor of Toronto’s ring-and-post bike rack, and a detailed map on how to get out of the Don Valley. This issue was nominated for Best Editorial Package by the National Magazine Awards.