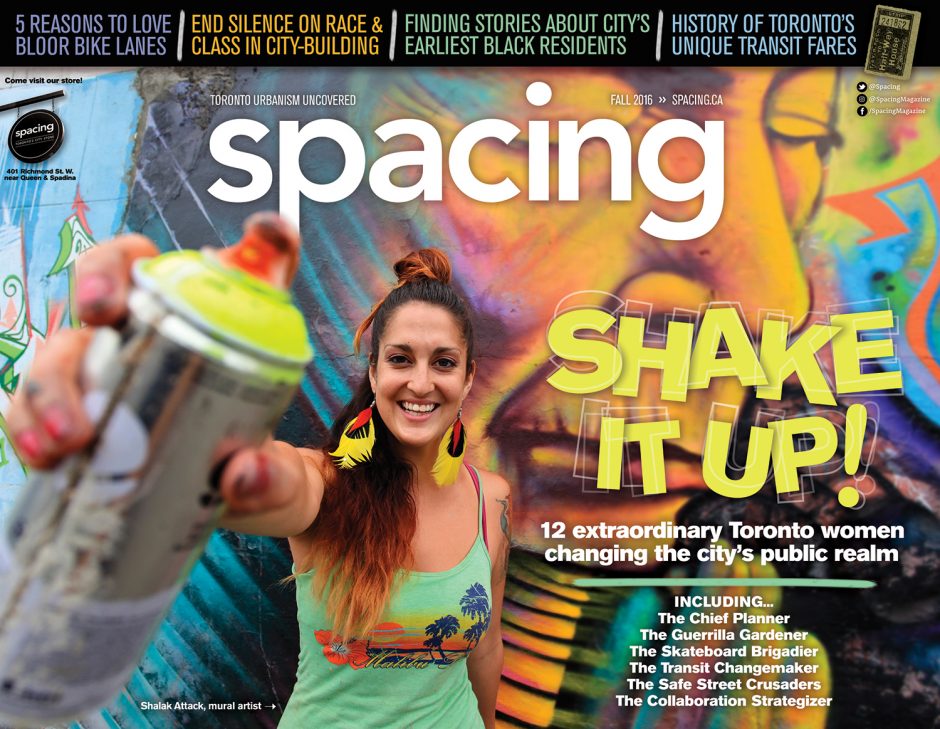 The fall 2016 cover section of Spacing focuses on 12 extraordinary women who are changing Toronto’s public realm. From the city’s top urban planner to a guerilla gardener; from the skateboard brigader to the transit changemaker; from the safe streets crusaders to the collaboration strategizer. These Torontonians are making a difference in their fields and at city hall.

You can also find a compelling feature by contributor Jay Pitter on how city builders need to address the silence on race and class issues when planning or creating new spaces in the city. Senior editor John Lorinc also features recent archival discoveries that uncover the lives of Toronto’s earliest black residents.

And in probably the most Spacing thing ever, we team up the City of Toronto’s Archives to bring you a photo essay of the history of Toronto transit fares. It really is great to see how things have and haven’t changed in this city.

We also give you five reasons to love the Bloor bike lanes; decipher the meaning behind the stenciled numbers appearing on city bridges; highlight the worst of local defensive urban design; and chronicle the movement for a new culture hub at an old firing range and World War II arms building in Mississauga.