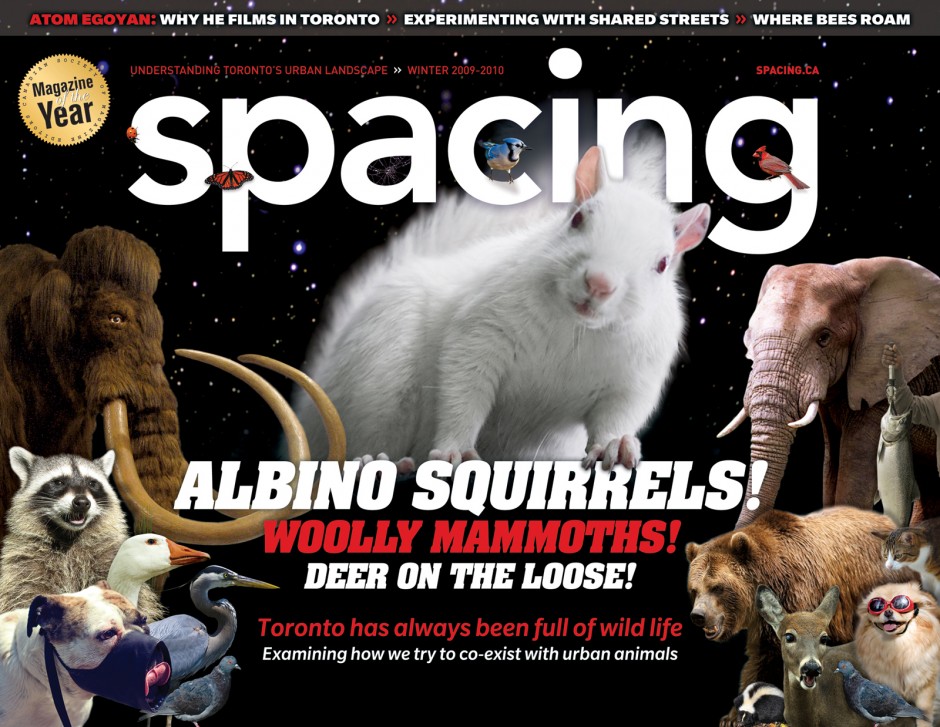 The Winter 2009-2010 issue of Spacing jumps into the world of urban wildlife. Spacing’s cast of writers examines local animals that are at risk of extinction, why Toronto is called Hogtown, how the city’s original public transit was truly horse-powered, what the city does with all of the roadkill, and why Toronto should adopt the raccoon as its official mascot. We explore the challenges of integrating the mentally ill (and the new CAMH facility) as a normal part of everyday life. We also sit down with film director Atom Egoyan to quiz him about his fascination with filming in Toronto. This issue marked the third time that — for the third consecutive year —Spacing was named Small Magazine of the Year by the Canadian Society of Magazine Editors.