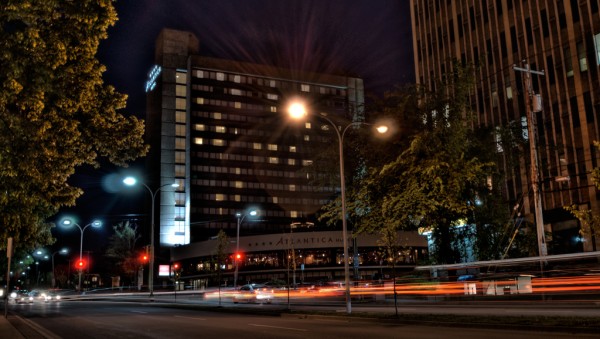 HALIFAX – Know what happens when too many rats live together? According to one influential study, they become violent and cannibalistic. So we should fear density.

I live on Duncan street in one of the densest areas of Halifax and so I can attest that it’s true. My neighbours’ cannibalism is a real hassle. You never know when they will see one too many humans and pounce.

This logic is as phony as it is insulting and yet I’ve witnessed people respond with nods. From the evidence I’ve gathered, density mostly leads humans to go for coffee and play frisbee together, and yet fear of it remains a major political force.

There are legitimate reasons why people oppose many developments in Halifax, such as bad design or wind and shadow impacts, and I am sometimes involved in that opposition. To oppose the people who may live in those buildings, however, is a tendency which I reject. We must unmask the words, “I am against density,” for what they mean: “I am against more people living here.”

For practical and moral reasons, I believe opposition to new neighbours is wrong.

I will focus on the practical. Perversely, many problems ascribed to density are precisely the problems it solves. Let’s look at a few I have heard from people at various public consultations:

And of course, the other benefits of density are well-known: successful local business; better transit for less money; healthier active transportation options; lower tax-payer costs for servicing homes; better access to  food; vibrant mainstreets to attract youth and tourists, etc. Recently, researchers are also recognizing that chance encounters that happen when a diversity of people working in proximity fosters the kind of innovation we need for economic growth.

It is not by coincidence that density has multiple benefits: when people live closer to each other and their goals, they can do more with less.

So we should allow all development?

In February, Council approved a development on Wellington Street that was opposed by local residents, regional residents, the area’s Councillor, the Planning Advisory Committee, and city staff. A majority of Councillors dismissed this universal derision because they said Halifax needs the density.

In the same way we should not oppose buildings just because they bring density, we should not allow buildings just because they bring density. While it is important to have population, it is equally important to have an attractive, welcoming city that enhances why people choose to live here. In an economy where cities compete to attract talent based on quality of life, allowing every mediocre proposal is no formula for success.

What matters about buildings is their impact on public space—their design. We can worry about population when we make plans and set height limits for the whole city. For specific developments, the number of people inside is at best a good thing and at worst irrelevant. Buildings must be judged in terms of their quality, not the people.

What is complicating, and perhaps poisoning, the debate about growth in Halifax right now is that it is happening without a plan. We are promised the Centre Plan next year, but we are seeing more development proposals now than we have seen in decades.

Without the plan, people are forced to debate issues that can’t be decided on a specific site. What height strikes the right balance between population and impacts?  Where do tall buildings end and other communities begin? How much of our yearly growth should individual developments be able to capture? What kind of design character does a whole community want to achieve?

All these site-specific proposals are, in fact, slowing down staff progress on starting the Centre Plan. With multiple buildings proposed between 20 and 30 stories, we may not have much development left to plan by the end of it.

Let’s call an end to amending plans and landuse by-laws until we have our Centre Plan, so we can focus staff energy on getting the design rules we need to ensure growth benefits us all.

Until then, let’s oppose buildings if they don’t match our vision of the city, but while welcoming all the new neighbours we can get.