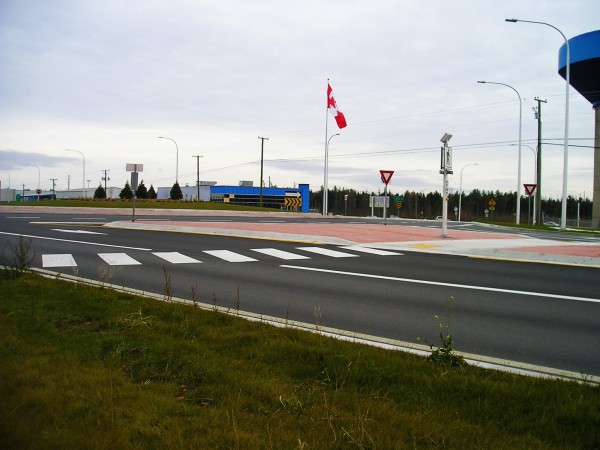 FREDERICTON – When the City of Fredericton opened the new roundabout, there was a lot of local media coverage. It was the first two-lane roundabout in the city, it was along the highway. Would Fredericton drivers – “Fredericton driver” has become a synonym for bad driving – be able to handle it?

Despite some incidents – for example someone being caught driving the wrong way – it seems the new roundabout, connecting Bishop Drive with the rest of the hill area, has gone well. However, the City of Fredericton still has to give warnings/instructions on using the two-lane roundabout.

One particularly positive aspect of the roundabout is that care was taken to ensure it was pedestrian-friendly. The photo above shows the sidewalk and cross walk along the roundabout, connecting Prospect Street and Bishop Drive via Smythe Street. This area is not only for cars but for pedestrians as well.

The fact that pedestrians were taken into account is a positive.

However, the area is not all pedestrian-friendly. While Bishop Drive is very much a suburban-style thoroughfare, at least it has a decent sidewalk. However, upon approaching the Regent Mall, one comes across a cross-walk to nowhere.

There is a light and a pedestrian crossing but, on the other side, nothing. One can either dodge cars in the parking lot or walk across the grass. Left and right there is no sidewalk. 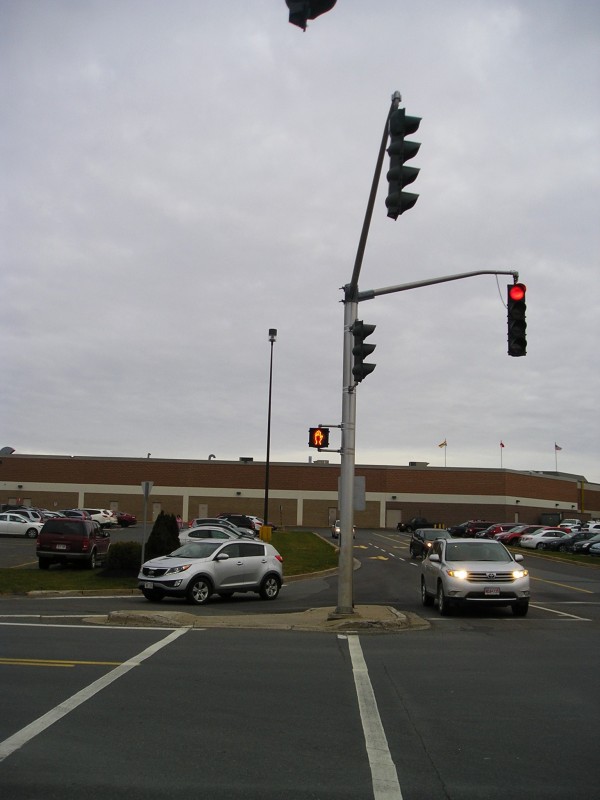 Given that the Regent Mall would be a primary destination for many pedestrians, this lack of walkability upon entering mall property is a concern.

Even on the other side of the Regent Mall (away from Bishop Drive on Regent Street), where there is a pedestrian sidewalk, it is narrow and along a busy traffic entrance. At the end of the sidewalk, crossing to the mall, it can be difficult as one has to watch carefully for turning vehicles. 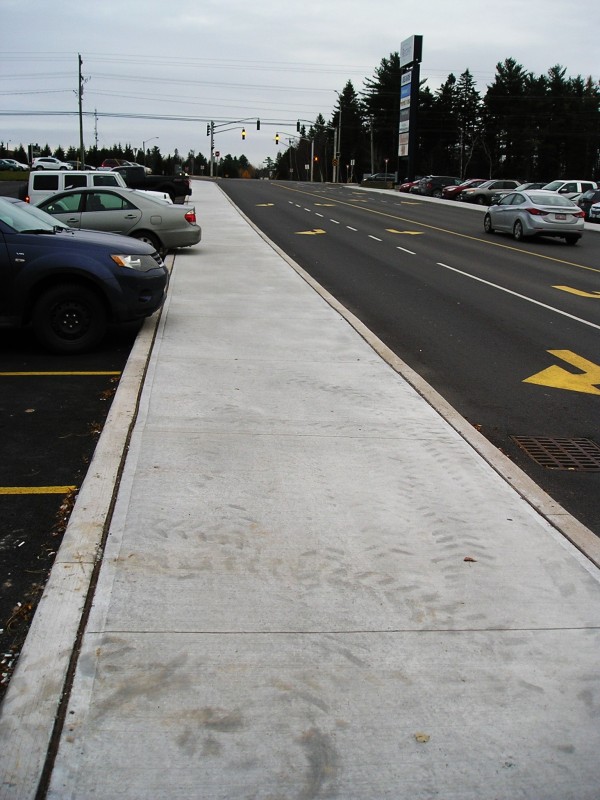 By contrast, Erin Mills Mall in Mississauga offers a wider tree-lined sidewalk (without a thoroughfare of traffic on one side) that offers easier pedestrian access to the mall. 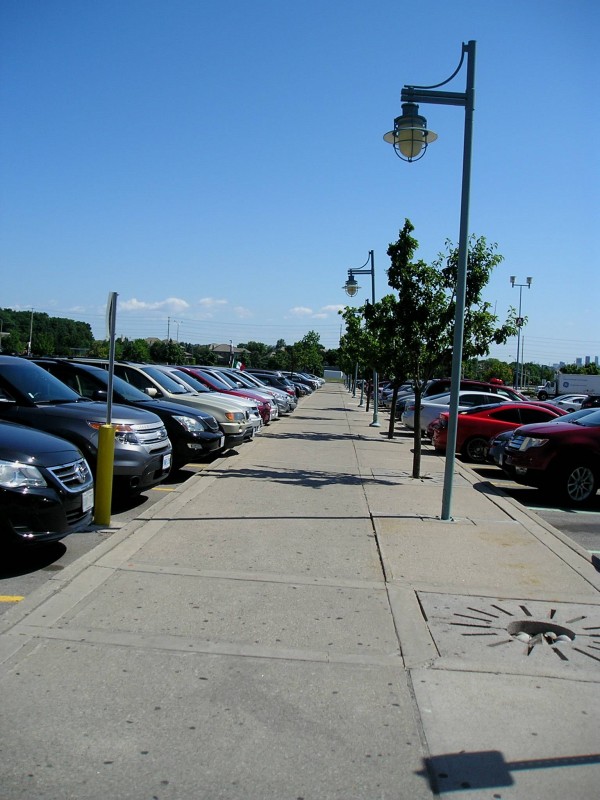 Fredericton’s new roundabout took into account pedestrian access, which is a positive move. However, it is unfortunate that this pedestrian-access does not extend to the Regent Mall which is a primary destination for many.

Hassan Arif is a PhD candidate in Urban Sociology at the University of New Brunswick. He has contributed to Insight articles for the Martin Prosperity Institute at the University of Toronto and published a paper with the Canadian-American Center at the University of Maine. As a newspaper columnist, he has published with a variety of outlets including the Toronto Star, the Detroit News, and the Telegraph Journal. You can follow him on twitter: @HassanNB