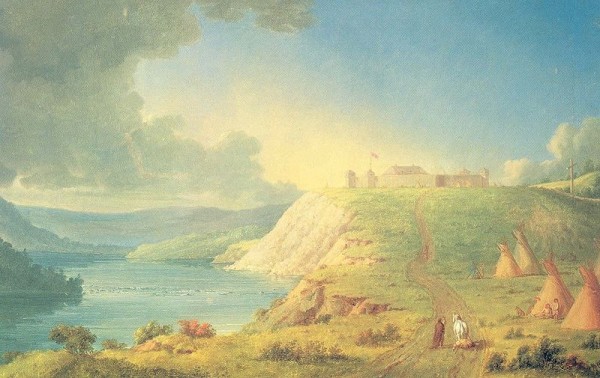 The idea of urbanism in the Prairies is not well known to many Canadians or even Prairie folk. When examining Canadian urbanism, it is easy to dismiss this vast region in favour of other metropolitan regions. After all, we supposedly live in fields and fields of wheat (oil is added to the mix when you hit Alberta). Our cities, consequently, are viewed as relatively young and dominated by post-war suburban development. But that is simply not the case.

In the case of Edmonton, one could argue that the city has a rich history that dates back 10,000 years or more when people first came to this region. The North Saskatchewan River Valley has served as a meeting grounds for trade between native tribes extending as far as the West Coast. Similarly, permanent settlement in the Edmonton area was established in 1795, two years after Toronto, to support the fur trade. By 1905, the city has drastically transformed from what was once largely a Métis and francophone settlement to a booming capital city whose urban form and community would be profoundly influenced (and still is) by rail, aviation, industry and even theatre. I could go on… but you get the picture.

Indeed, Edmonton is a city undergoing transition. With rapid economic growth, emerging global/regional issues and many ambitious projects underway, we have reached a critical point where we must have a constructive public discussion about Edmonton: to explore its past and present, to understand who we are and what do we want, and to appropriately address the future. This discussion has already started with many passionate citizens and we have many great stories waiting to be told and celebrated locally and globally. Spacing Edmonton aims to accelerate just that.

We look forward to this dialogue.

Some readings to introduce glimpses of Edmonton:
Oh Edmonton, You Beautiful Swirling Mass of Contradictions by TJ Dawe
Magpietown Blog by Todd Babiak
Where do you come from/Where are you going? by Zoe Todd