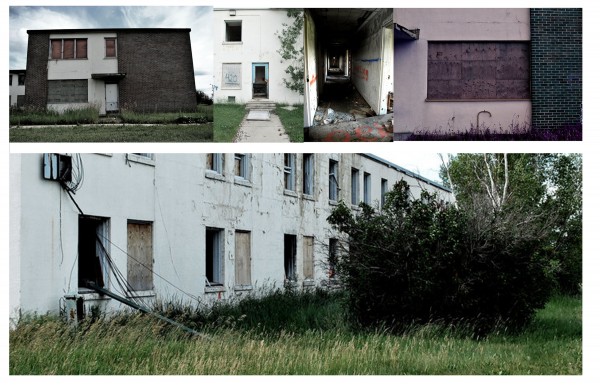 The growth of our city has been flourishing from the various family and eco-friendly developments occurring around its periphery. Hamptons, South Terwelligar, Lewis Estates, Windermere and more recently the promising realization of Griesbach Village. The above photographs are what did exist on the land-desolation: a series of military barracks that use to belong to the Department of National Defense.

The entire area has now been transformed into a newer, more environmentally-friendly model of the Edmonton suburbs. One that offers more connections on a human scale as well as on the landscapes it becomes occupied on. Although the development has left out typical suburban designs such as cul-de-sacs and large road setbacks that have been deemed inefficient and unsustainable, it still keeps me wondering as to why people would live there. Being still quite far from several main amenities with an inefficient transportation system servicing in the north, commuting into the city core still exposes numerous barriers no different than the other suburban models it has tried to separate itself from. And with rises in oil prices as well as people becoming more ecologically conscious, there has been more attention recently to divert developments back towards the city’s core.

Perhaps it may be too early to say what is to become of Griesbach Village. After all, there are plans to obviously create more shopping centers and services within the development’s large scheme of things. But would another “classically” pimped out shopping outlet really convince 12 700 residents to move there? Maybe I’m just afraid that it eventually will go back to what it was before: a series of abandoned facades.