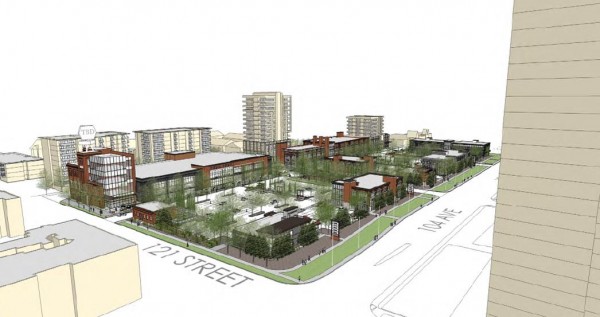 This past Monday evening, council made the decision to support the amendments to the Oliver Area Redevelopment Plan (ARP) and the proposed rezoning of the Molson site. In the time since I wrote my first two articles, I’ve had a lot of time to mull over the proposal and what has led us to this point. While I’ve softened my stance somewhat (the development proposal isn’t crap per se, it’s just not very good), I still stand by my comments that we are in dire need of zoning reform and must do better to respect our heritage resources. These two pieces can help to build better, more affordable, integrated, and livable communities for everyone. I’ll leave most of the debate on the merits and weaknesses of the current development proposal to the countless opinion pieces, news articles, forums and comment strings that have amassed over the last six months. What I’d rather consider here are three observations I made during the course of the six-hour public hearing.

As an avid heritage enthusiast, I was most disappointed with the lack of discussion about the remaining Molson Buildings and how the new zoning affects them. Why did the applicants ultimately opt not to agree to designate the site as a Municipal Heritage Resource? Why not ask for a DC1 zone for these buildings at least? The only concession to heritage preservation is the developer’s proposal to preserve portions of the historic facade. But the proposed standard floor plan and glass box addition will effectively block views of the castle-like features of the building on the south façade (see image above). Are no other options on the table anymore? 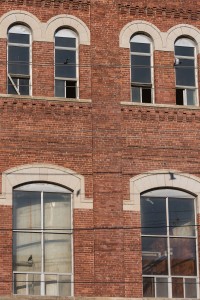 By not agreeing to designate the site as a heritage resource, the developers are passing on one of the best municipal heritage grant programs in the country. This combined with tax relief, planning-based incentives, and provincial grants could potentially allow them to retain historic circulation patterns and spatial relationships that would add cultural (and likely economic) value to the space. Without heritage designation, there are actually no assurances that the building will not eventually meet the wrecking ball. In the end, the applicant’s unwillingness to budge on this issue is a real shame considering a full 40% of the heritage resources on the site have already been lost. And if we consider façadism as a betrayal of the true spirit of heritage rehabilitation, we can expect much more to be lost on the site in the very near future.

After the lopsided vote (Councillors Iveson, Henderson, and Sloan were the only ones to vote against the zoning), Councillor Sohi put forward a motion that was subsequently passed to direct City Administration to conduct a Station Area Land Use Study of the 104 Avenue corridor and future Oliver LRT station. The idea here is to work with landowners to bring forward zoning to facilitate long-term development that meets the objectives of the badly outdated Oliver ARP. A better strategy would have been to propose this study in view of the LRT Network Plan or Transportation Master Plan and in advance of the rezoning application. Overall, this would have led to better integration of transit with larger community and development objectives. In terms of the Molson site specifically, it’s not hard to imagine such a proactive planning approach leading to an entirely different chain of events, dating back to the project’s inception.

At the end of the day, Monday’s Public Hearing was not actually about the development proposal itself, but rather about amendments to the Oliver ARP and a rezoning application for the Molson site. Because the zones approved are standard zones of the Zoning Bylaw, the actual details of the development will be reviewed and approved by the Sustainable Development Department, not Council itself. Although the applicant took pains to describe in detail what the development would look like, these details should have been irrelevant to Council’s decision.

Ultimately, I am of the opinion that two factors outside of the scope of the public hearing influenced the decision made on Monday night. The first was the developer’s aggressive timeline to begin construction this year, largely informed by understandable concerns about their projected $2 million per year carrying costs should the project be delayed. At the same time, aren’t carrying costs a widely acknowledged risk for any development company? Second, a slick fly-through video of the proposed development was presented as part of the applicant’s presentation. The animation did a good job of slowly rolling through close-ups of vibrant public spaces overflowing with people and would suddenly speed up so as to not hover too long over vast fields of parking. Since most of Council’s questions on Monday revolved around the economic implications to the individual developer should the project be delayed for further study and the physical aspects of a development proposal that may or may not be built as advertised (red brick is expensive compared to stucco after all), I can’t help but feel that the primary question at hand was missed or ignored: “Is this truly the right zoning to achieve the stated objectives, plans, and aspirations of Oliver and the larger Edmonton community?”

Did you follow the public hearing? Let us know your thoughts, observations, and reactions in the comments section below!