Designing Downtown, one of the largest and richest citizen-driven conversations about urban cores in Canada, returns to Edmonton October 5, 2013. For a full list of upcoming events, visit www.designingdowntown.ca.

“For Progress Unlimited, MADE and Edmonton’s NextGen to brainstorm, curate, and welcome this outstanding group of speakers to Edmonton is an incredible opportunity to foster national dialogue and exchange about the role we all play in urban development,”says Lisa Baroldi, Vision Holder – Progress Unlimited.  “We’re thrilled to showcase Edmonton created content throughout the day at makescape 2 and in surprising ways at Pecha Kucha Night.”

Pecha Kucha Night 17, doors at 6:30 pm at the Winspear Centre, challenges presenters to follow the 20 images x 20 seconds format that has gained popularity in more than 600 cities around the globe. Tickets are on sale now via TIX On The Square; charge by phone 780-420-1757 or online at www.tixonthesquare.ca. Tickets are $35 for general admission, $30 for students (with I.D.), and $30 for groups of 10 or more; all tickets plus services fees and GST.

Edmontonians are encouraged to immerse themselves in the Designing Downtown movement with makescape2 at Centennial Plaza (behind the Stanley Milner Library) from 3 pm – 11pm; prior, during and following PKN 17. This project is an urban intervention that transforms an underutilized space using design and art elements, food, and entertainment into a space that entices passerby to interact with the environment and each other differently.

Join the conversation online with hashtags #DD2013 and #yegpkn. For more information and to purchase tickets, visit www.designingdowntown.ca. 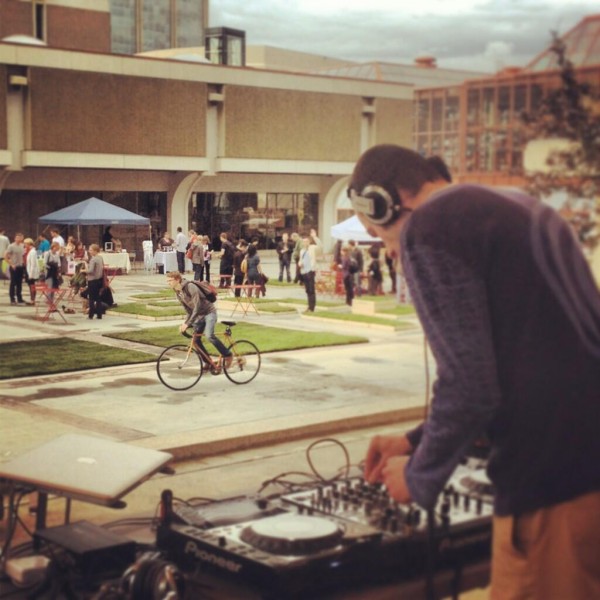