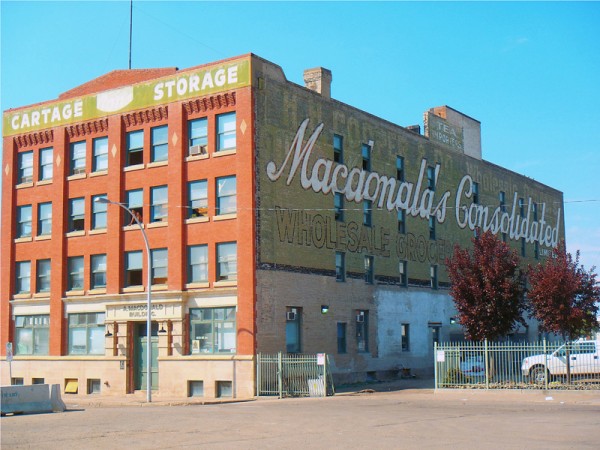 A series of associated companies (A. Macdonald Company, H.H. Cooper Company, Macdonald-Cooper Ltd., and Macdonald's Consolidated Ltd.) operated this building on 105 Avenue in Central McDougall as a wholesale grocery warehouse, until it was vacated in 1965. This history can be seen in the layering of painted signage on this east facade. The building sat empty for decades until being converted to affordable housing in the late 1990's.

Hand-painted signs have more or less become a thing of the past, replaced by press-printed, illuminated signs, digital signboards, and the like. Designed on computers for stylistic perfection, modern-day commercial graphics are so ubiquitous that we barely notice them. But there was a time when businesses required, not computer-based design skills, but skills with a paintbrush to broadcast their services to passersby.

Remnants of this commercial history are all over the city, on the facades of old buildings downtown, on Whyte, and any other part of the city that was built before World War II. They are fading reminders of a time when many commercial products were made locally, and when every transaction was a personal one. 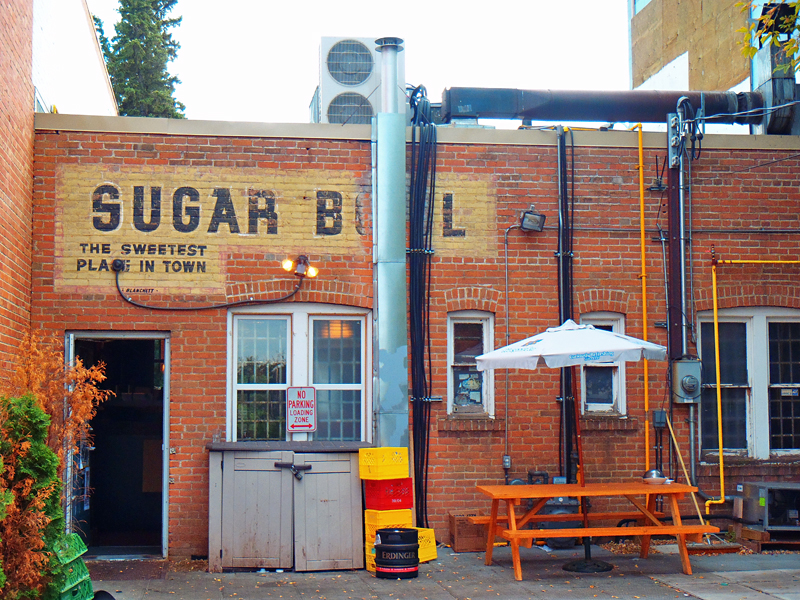 The Sugar Bowl on 89 Avenue in Garneau, the “Sweetest Place in Town” since 1947. 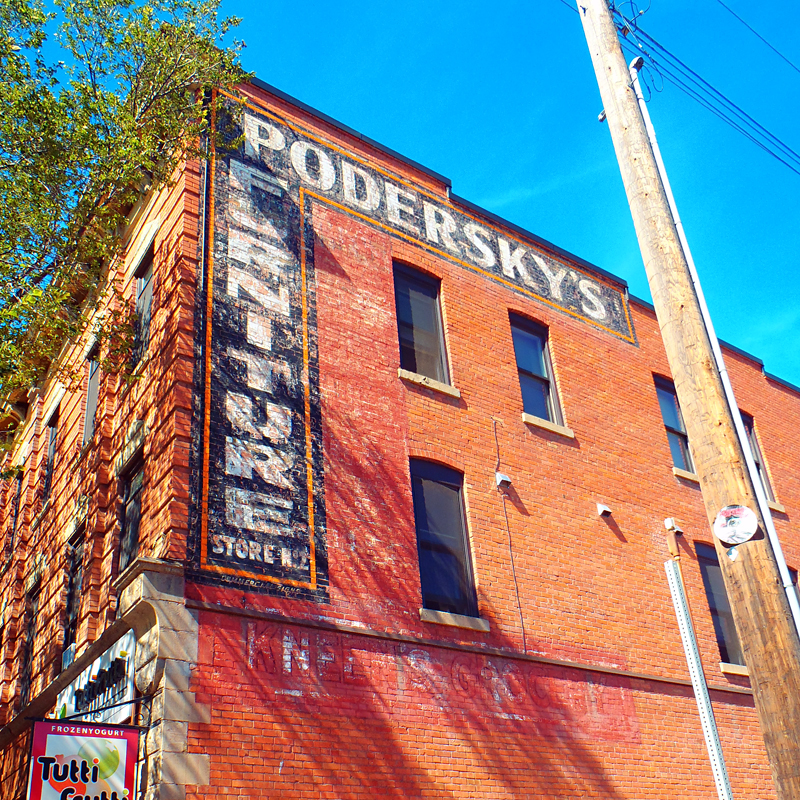 The former Podersky’s Furniture on Whyte Avenue in Old Strathcona. 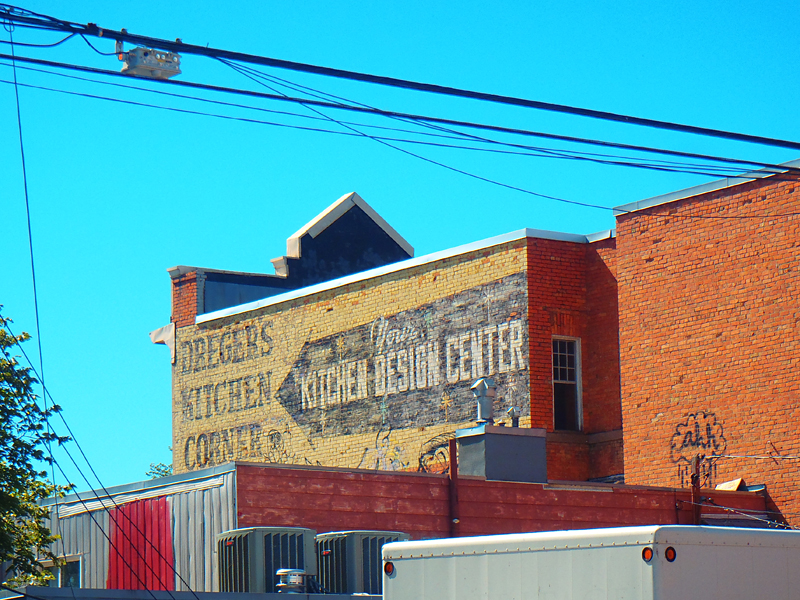 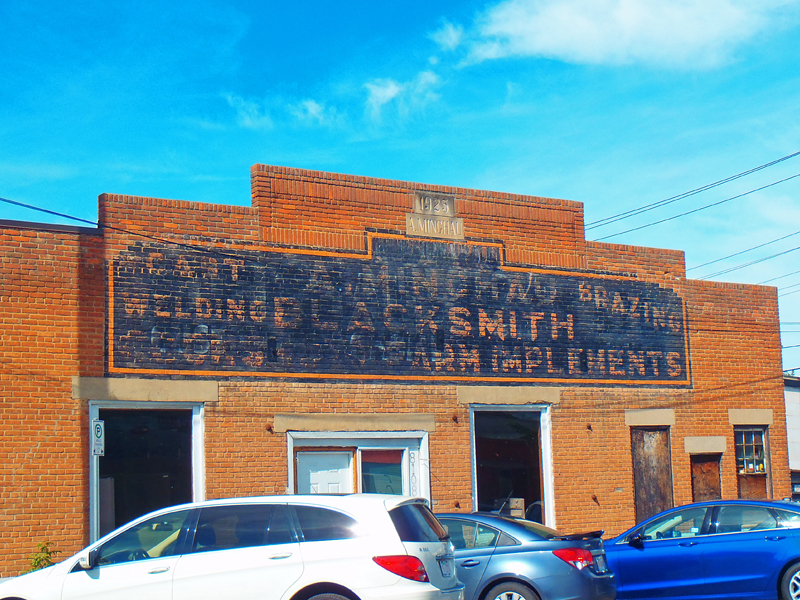 A former blacksmith and farm implements dealer trumpets its existence on the false front of the Minchau Block on 81 Avenue in Old Strathcona. 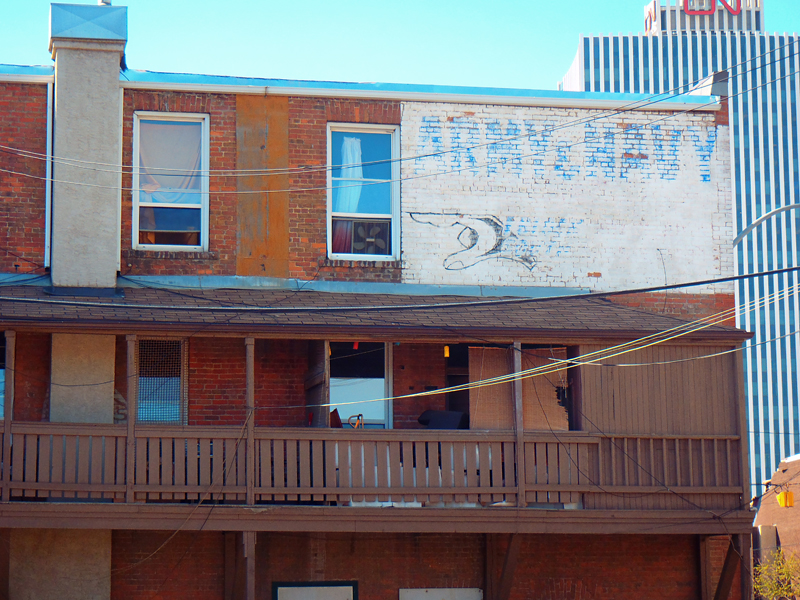 On the rear facade of an apartment down the block from the former Army & Navy department store on 97 Street in the Quarters, a finger points the way. 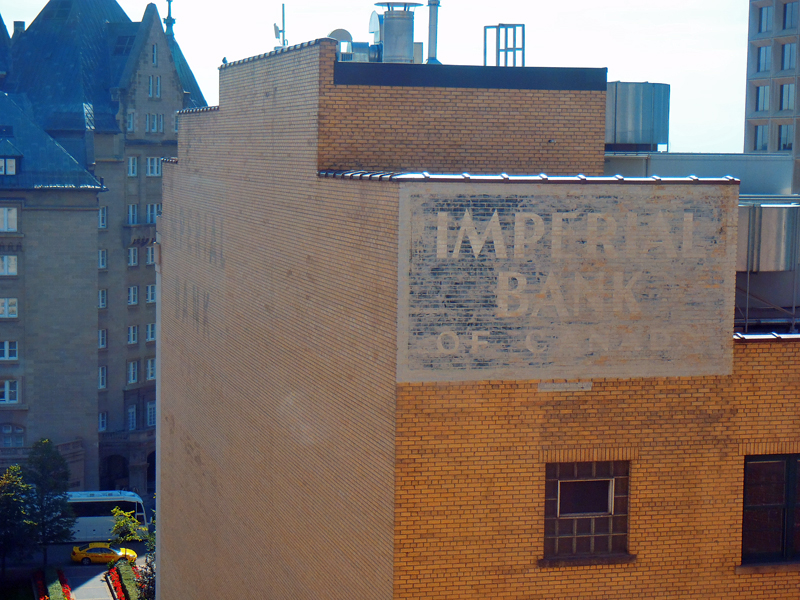 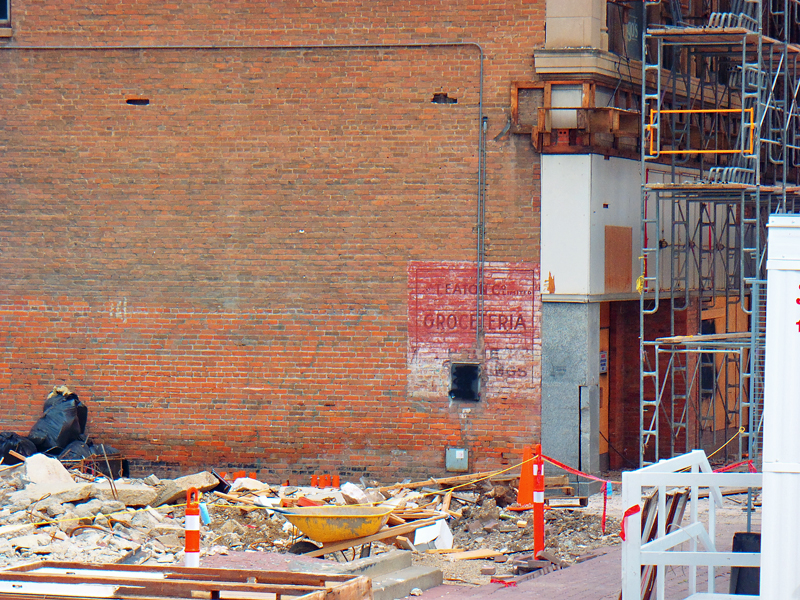 Currently being demolished as part of the Kelly-Ramsay Block redevelopment, this sign advertised the Eaton’s “Groceteria” on Rice-Howard Way, downtown. 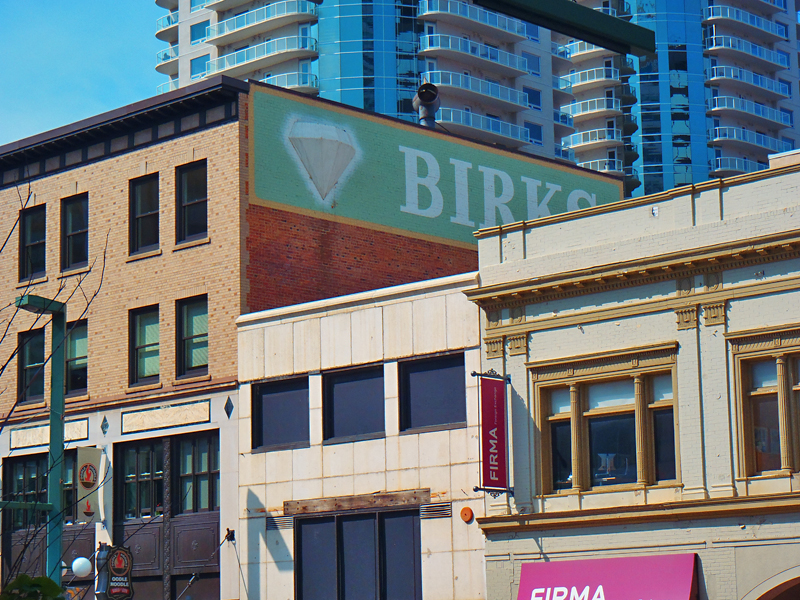 3D signage on the Birks Building on Jasper Avenue, downtown. 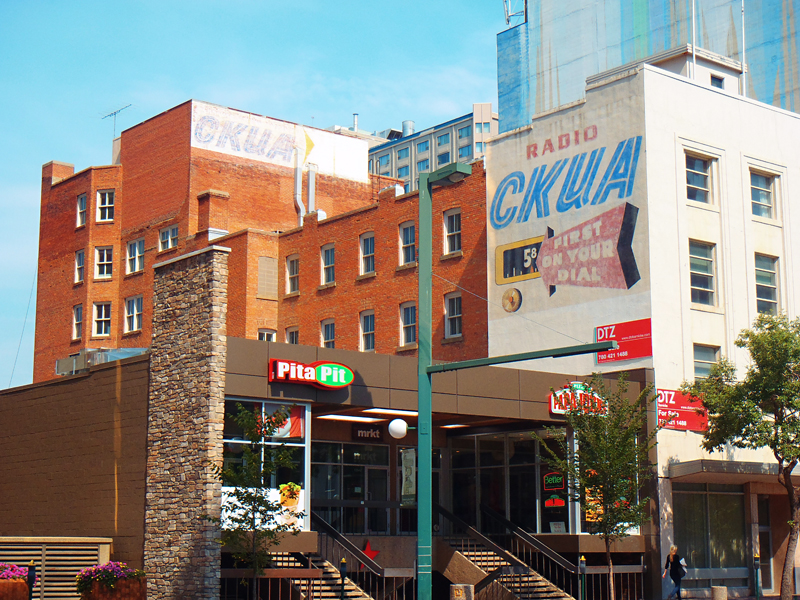 CKUA has recently moved to new/old digs in the reconstructed Alberta Hotel, but their iconic sign still adorns their former building on Jasper Avenue, downtown. 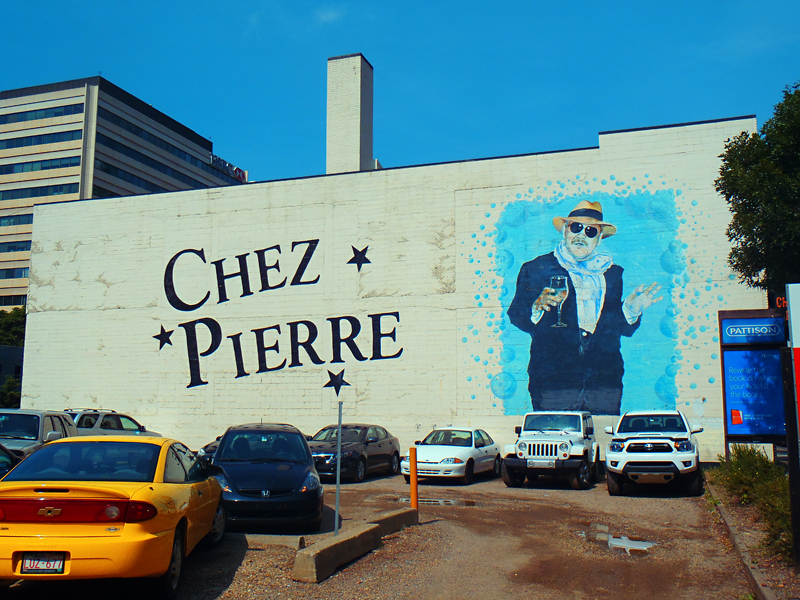 The newest painted sign in this collection, this sign identifies for passersby the downtown location of Chez Pierre, Edmonton’s very first strip club, which opened to great controversy in the early 1970s. 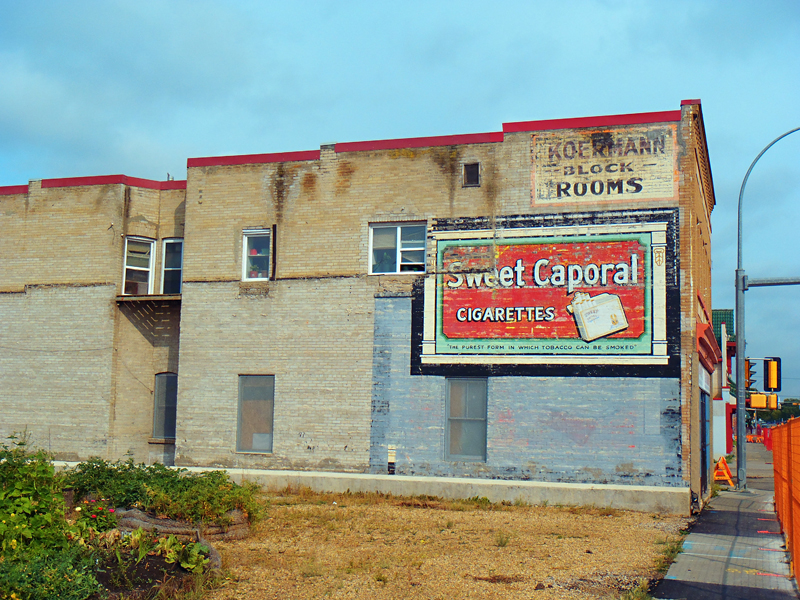 A Sweet Caporal Cigarettes sign on the side of the Koermann Block on 96 Street in the Quarters. 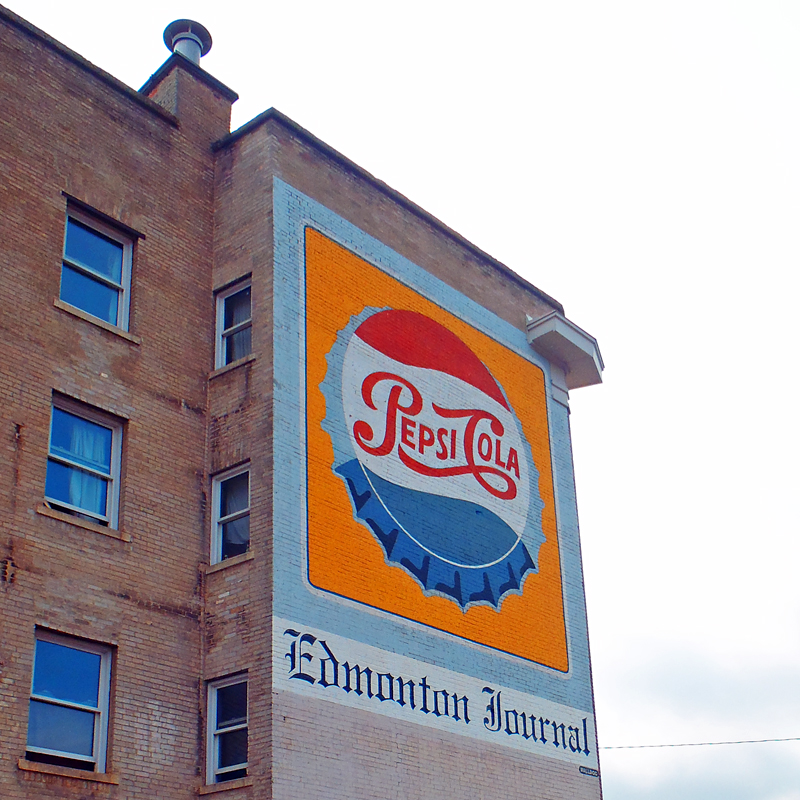 The rear of the Gibson Block, Edmonton’s Flat Iron, has recently-refreshed historic signs for Pepsi, the Edmonton Journal, and also for a barber shop and turkish baths (not shown). Located on Jasper Avenue in the Quarters. 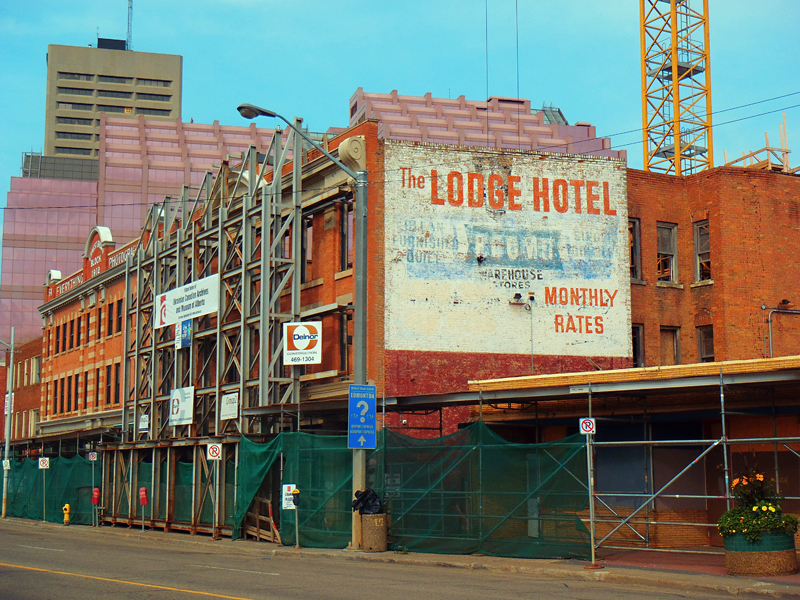 The former Lodge Hotel, the future home of the Ukrainian Canadian Archives and Museum of Alberta, offered clean, furnished and quiet rooms at monthly rates on Jasper Avenue in the Quarters. 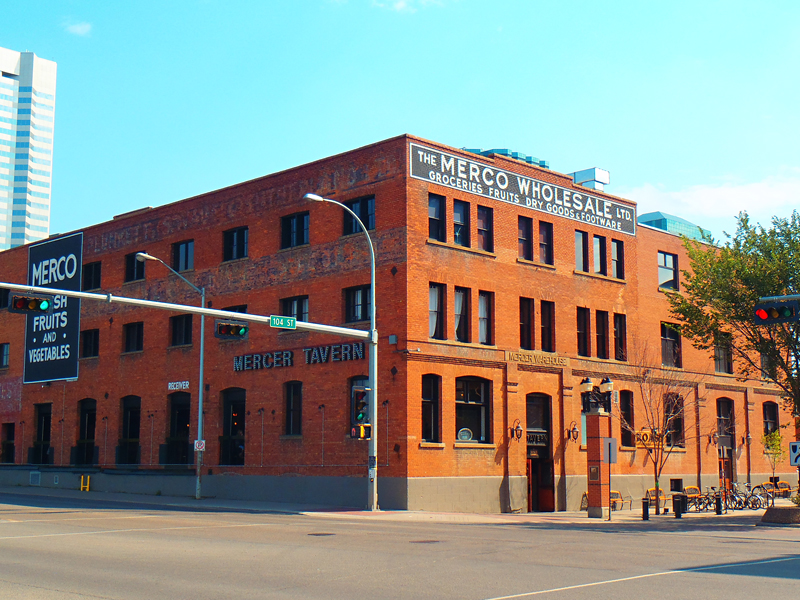 Some of the painted signage on the downtown Mercer Warehouse on 104 Street was refreshed a couple of years ago when the building was renovated. A number of other faded and almost-indecipherable signs still share space on the facade, however. 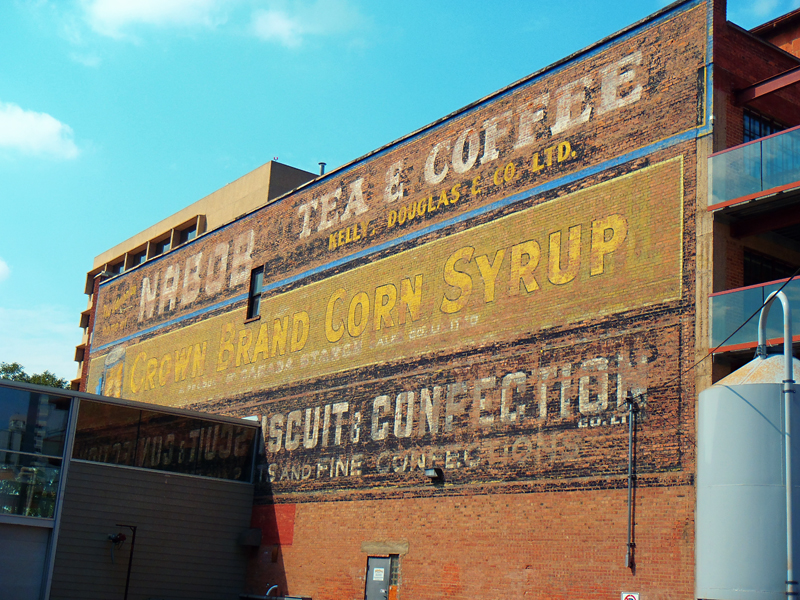 Nabob Coffee, Crown Brand Corn Syrup, and an unidentified brand of biscuits and confection take up nearly the entire facade of the H.W. Shaw Building on 105 Street downtown, now the home of Yellowhead Brewery. 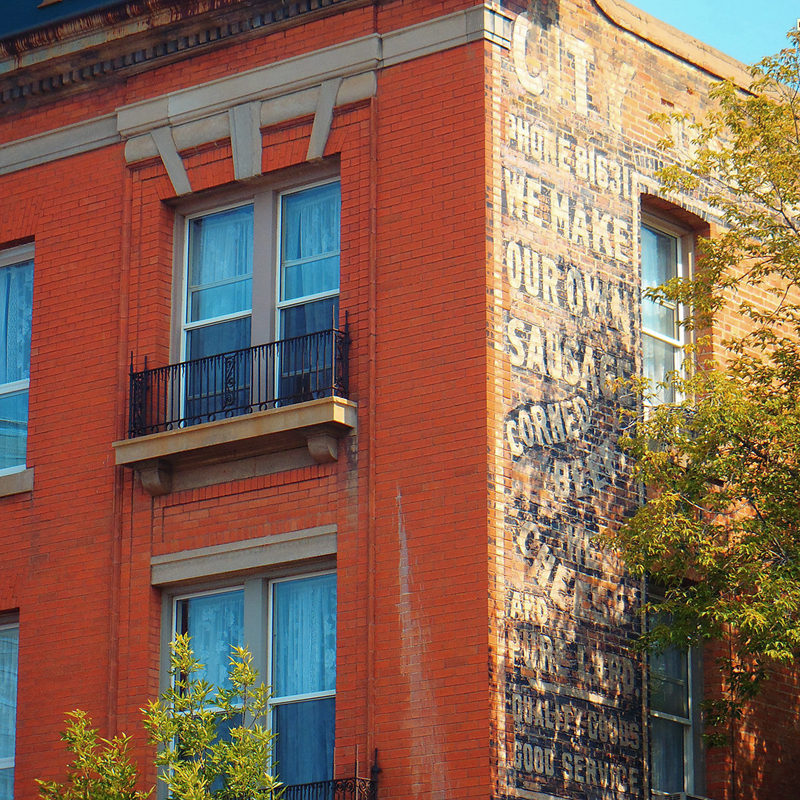 The Buena Vista Apartments on 124 Street in Oliver, currently the home of the Glenora Bed and Breakfast Inn, originally housed a grocer on the main floor. The City Grocer made their own sausage, and you could simply call 81631 for more information.