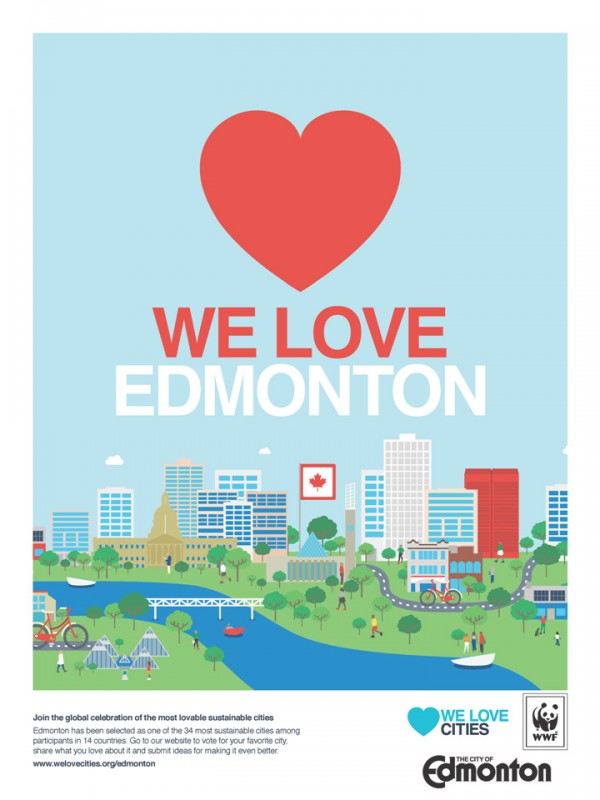 The City of Edmonton is one of 34 finalists participating in the 2014 Earth Hour City Challenge. The finalist cities were chosen by the World Wildlife Fund (WWF) from among the 163 entrants for impressive actions on climate change.

An expert jury will now review the actions and commitments reported by these cities and ultimately identify one sustainability leader per country for the National Earth Hour Capital Awards to be presented on March 27 in Vancouver, Canada. Edmonton is one of three finalists in Canada.

Edmonton was selected as a finalist based on The Way We Green plan, which uses community-centric commitments and publicly engaging actions to achieve a carbon neutral future.

Citizens can also help Edmonton become a winner, by participating in the We Love Cities campaign from January 17 to March 20, 2014. Share what you love about Edmonton on twitter and instagram with the hashtag #weloveedmonton and submit ideas to WWF for making Edmonton even better.