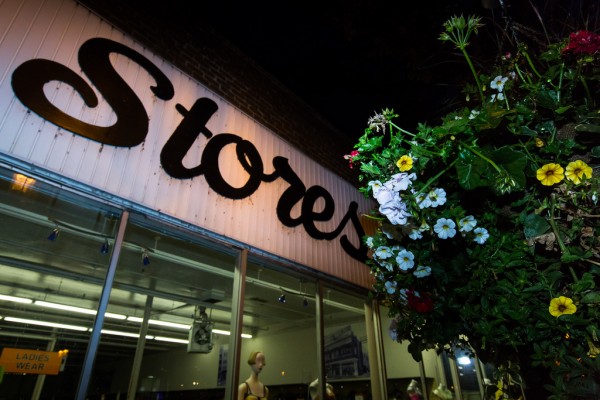 Most denizens, visitors and armchair urbanists casually acquainted with the works of Jane Jacobs would agree that the City of Champions suffers from a genuine dearth of shopping districts. Apart from heritage-ey Old Strathcona, sparse 124 Street, and tiny 104th Street, few immediately identifiable corridors exist as viable places to kill an afternoon browsing window displays, sipping cortados, and contemplating a fine new pair of shoes that you don’t really need, but….

At some point, it would seem, Edmontonians collectively forgot how to shop outside. And you don’t have to visit too many dental offices around town to find finely framed photos of the way things were: downtown streets bursting with people, places, and points of interest. So what the heck happened, Edmo? 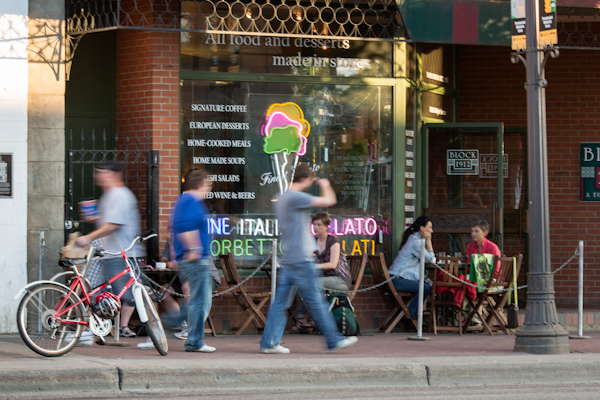 While everyone I have ever had this conversation with has their take, the issue can generally be boiled down to one of three issues:

Rather than dispel the points above, I would like to submit that just maybe they are part of a bigger issue of retail development in Alberta’s Capital. It’s cold here, and that’s a fact. Give people options to be warm while buying new wool socks, and they will probably take it. The Mall continues to be a monster, and was an undeniable shock to the retail environment when it opened it’s glitzy brass doors in the 80’s. But shopping malls, along with the proliferation of big box retail from the 90’s onward can be seen in just about every city in North America.

I think the root of the issue is two-fold.

Firstly, Edmonton developed at unfortunate times as far as shopping culture is concerned. While the boomtown of the early 20th century yielded dozens of noble brick and beam retail structures, they were inadequate to compete with the bigger, sleazier boomtimes from the 60’s to the 80’s. Large parts of downtown’s blocks were leveled to make way for futuristic towers, podiums and the inward facing retail areas that were selling leases like hotcakes at the time.

Architect Peter Hemingway openly criticized ad hoc development in downtown in a September 1985 article written for Canadian Architect Magazine, which warned of the destructive long-term effects of massive office developments with poor street interaction. The resulting lack of heritage structures has left the city with poor links to our rich past, as well as a deficiency of interesting places for entrepreneurs to thrive.

This brings us to my second point: Edmonton lacks both viable places to open street-oriented businesses, and the economics to build new ones. As Jane Jacobs famously pointed out, “Cities need old buildings so badly it is probably impossible for vigorous streets and districts to grow without them.”

While Jane’s words may be harsh for this mid-sized prairie city, our lack of physical connections to older times can’t be blamed for everything. I mean, we do have some old buildings (phew!), but more importantly historic architecture is not the be-all end-all of great urbanism. I think the bigger thing to take away from the sentiment is that it is tremendously difficult to construct leasable retail spaces that are interesting, affordable, and cohesive with the existing urban fabric. Aging structures from a previous era suitable for small-scale businesses are a fine way to incubate interesting, engaging, and enduring businesses in core areas.

So it’s not all doom and gloom.

It should be acknowledged that Dirt City does indeed have the bones of some fine, urban, pedestrian-oriented streets. 118 Avenue, Stony Plain Road and 111 Avenue offer appropriate scale and retail bay sizes to encourage more interesting upstarts. While great strides have been made to clean up these areas from years of neglect, progress can seem slow, save for a handful of promising businesses such as Elm Cafe’s slick and sporadic “Dining Room.”

Another seemingly easy solution is to encourage the development of small-scale retail spaces in new buildings. The Roots on Whyte building has certainly embraced the approach, it is very nearly a one-off in terms of the cooperative nature of the uses at the site.

Conventional commercial structures, however, typically rely heavily on reliable big-name tenants who don’t bounce rent cheques, but command large spaces that a prospective local operator may presumably have a difficult time leasing. At the end of the day, the financing of expensive new buildings is rarely justified by small-time entrepreneurs, no matter how unfair that may seem to the urban geeks of the fair city. The perceived and real demand for such developments is a complicated, big-money gamble, and I’m not going to pretend to know every in-and-out. 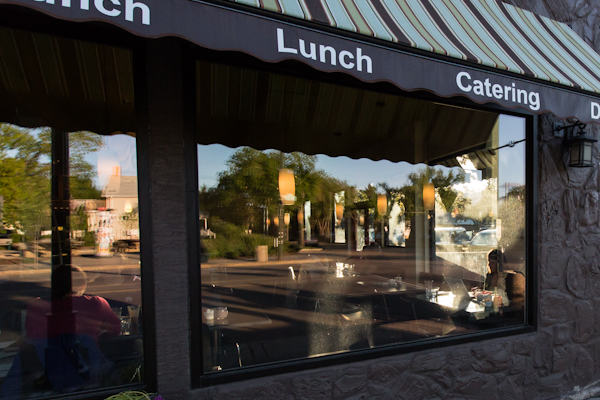 One thing I do know is that vibrant economies include interesting, small-scale, and viable places for people who are willing to take on the risk of operating something other than a Subway franchise. Without opportunities for entrepreneurs to thrive, we could be missing out on the amazing creative potential that cities leverage to grow and change and attract fine new folks to our prairie capital.

“Doomed”, Mrs. Jacobs? Hardly. It just takes time to build the corridors, districts and spaces that sell this city to newcomers, oldcomers, and those just popping by to check out The Mall.