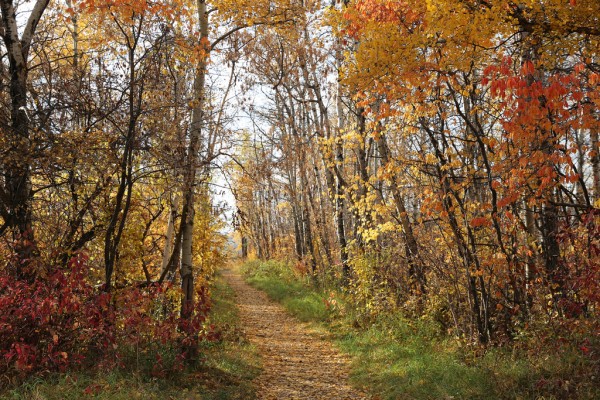 I’m talking about the single track trails in Terwillegar. These trails, which are root covered thin dirt tracks that are hard to get to, and that snake their way up and down that bench of land between the top of bank and the river.

These beautiful dirt tracks that are currently slated to be “developed”, as if they are not already perfect, and expanded to double track gravel and paved trails.

One might ask, though, why not – why not develop these trails and make them easier to get to, and to walk on? What possible value could remoteness add to a city? Why would anyone, other than mountain biking or ultramarathon nuts, want to go there?

I’ll tackle the last question first, in a roundabout way.  Please bear with me.

I recently completed a Master of Arts in Geography where I interviewed Edmontonians, and specifically those running and cycling nuts, on their use of the river valley. One of the common themes that was mentioned by many of the people I talked to was the sense of isolation that sections of the river valley provided.

One person, in the context of running, said that:

“When I run along the river trails a lot of the time, I’m in the trees which limits views of seeing the city. Also, being isolated, depending on where you are in the trails, limits you from seeing lots of other people. You can be further away from other people as well and I just really appreciate that feeling of being a little bit more isolated and feeling that connection to nature.”

This notion of isolation, of getting away from it all, resonates with many beyond the extremely active crowd. And while the mountain bikers and runners in Edmonton may be the most vocal opposed to the widening of the trails in Terwillegar, I think that those runners might be on to something. Isolated places do provide value to Edmonton, and perhaps as much value as those culturally connected places within the river valley, such as Hawrelak Park.

Remote places provide: (1) a physical and psychological escape from day-to-day routines; (2) access to a natural environment; (3) opportunities for isolation, and; (4) routine interactions with a green space or natural environment that ‘…may shape individual and ultimately collective identity’ (this latter bit is from some research that my M.A. supervisor, Dr. Damian Collins, conducted in New Zealand).

That is some pretty powerful stuff that echoes themes identified time and again in Canadian literature. Remoteness and isolation are the stories that we tell about ourselves, here in Edmonton, too.  How often do we brag about the Ribbon of Green that snakes its way through our city?  How often do we dream of getting away from it all?  Well, those remote trails in Terwillegar, the ones that take some effort to get to, represent that escape.

Explicitly, the value of those trails is in the very fact of their existence within such close proximity to a dense urban population. As such, those dirt paths are there to satisfy the human need of exploration and discovery. We all dream of those escapes – exploring new places, discovering new views – and as such the remote dirt paths in Terwillegar represent a dream of use, in that there is the potential for them to be explored anew by anyone. And once they have been widened and smoothed and groomed, and even if parallel single-track trails are built, that sense of isolation, of exploration, will be gone. Forever. 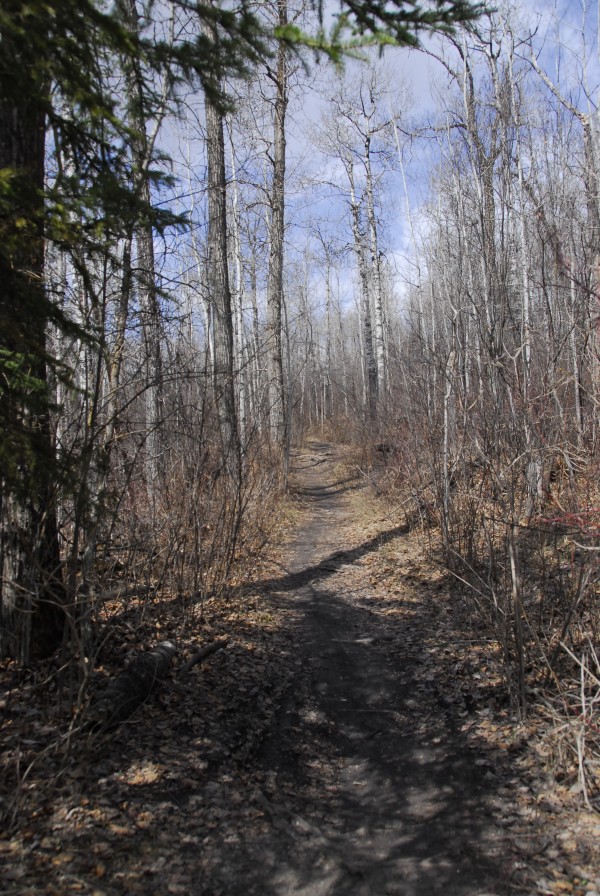 As our city grows and expands beyond the Henday, as downtown becomes more populated, as we argue about the placement of on-road bike routes, don’t you want there to be a place away from this?  Away from the TV, where you can turn off your iPhone and wander, aimless, away from other people?

Away from the city?