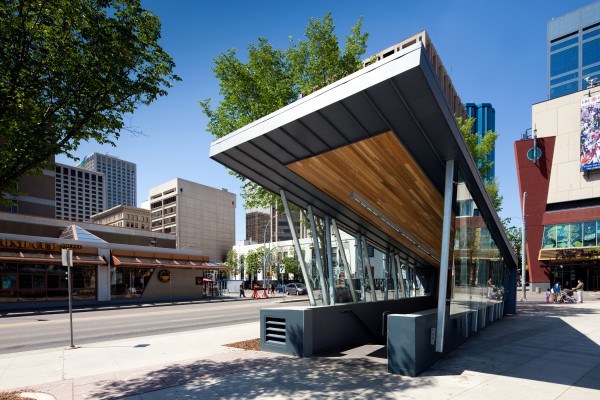 This story was originally written for the Edmonton City as Museum Project (ECAMP) website launch. ECAMP, an initiative under the Edmonton Heritage Council, exists to tell the best stories Edmonton has to offer, from the perspective of Edmontonians. Read and share your city stories here.

While riding the LRT from Bay to University, many memories often come back to me. Ingrained in each station are personal stories, emotions, and random thoughts that normally resurface each time the train stops. Unique elements from station to station serve as visual or auditory cues for these regular musings:

The first time arriving to this station, an announcement would repeat “Bay Station” as the train stopped. I initially misheard the voice and interpreted it as “Space Station.” Or perhaps that is what I wanted to hear. As I peered out the windows, the tunnel’s flattened shape, the use of shiny chrome materials, and the colorful tiling provided a futuristic look. It created a sense of removal from the outer world. My imagination went wild. For that reason, it remains to be my favourite station to date. I was sorely disappointed when the name was altered to Bay/Enterprise Square. I guess I could think about Star Trek’s Enterprise instead. 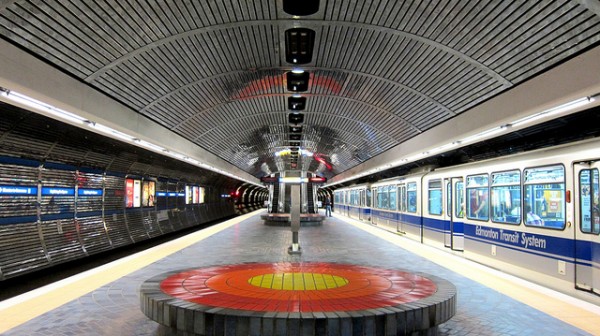 Considering that the Corona Hotel was demolished two years before the station opened, this station’s name remains an oddity. It would be a funny idea to have large pillars of Corona beer bottles to match the six-metre tall chandeliers that grace the platform. A standing bar in the middle and a bunch of beer advertisements plastered throughout the walls were other foolish thoughts that came to mind. I’m sure Edmonton Transit would have a heyday with such a proposal. 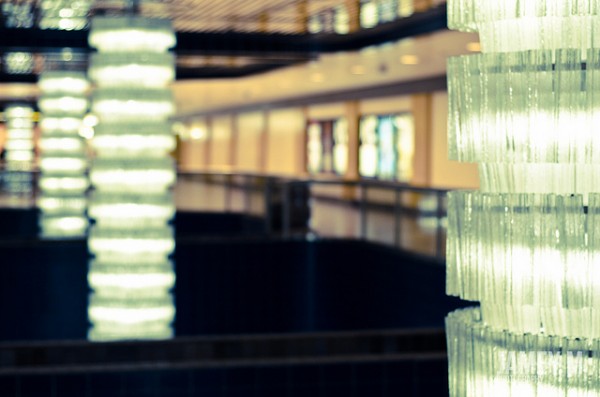 This station has always been a little awkward for me. Even before I became more aware of the controversial mural portraying Edmonton’s francophonie and the glossing of the residential school system, I felt out of place standing there. Perhaps, it’s the faux park furniture theme or the dim lights? Whatever it was, there was an awkward stiffness to that station. The recent mural addition with bold colours and incredible spirit has made the space feel more inclusive, but still retains this nervous tension in the air. And there’s nothing wrong with that. There is a definite need for such powerful spaces of reflection. 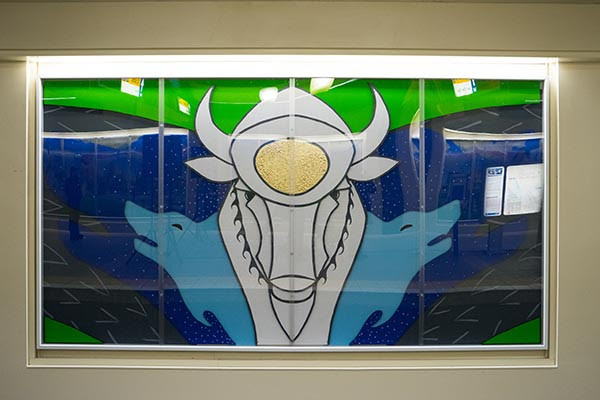 Grandin Mural by Aaron Paquette. Photo via City of Edmonton.

As we fly over the river valley, I think back to when I was a silly student and laugh. I would frantically call friends or family during the brief minute of phone reception if I was running late for some rendezvous. But why the hurry? Gorgeous views of the High Level Bridge, Rossdale Power Plant, the North Saskatchewan, and Edmonton’s modernist skyline are well worth the life delay. As I see other passengers fixated to their electronics during this spectacular intermission, I smile and hope they can enjoy this moment too. 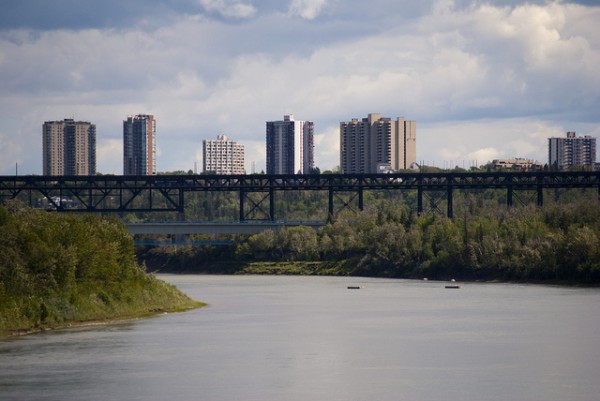 Unfortunately, I do not have many strong thoughts on this station since it feels so institutional. Being deep underground, the few memories attached to this station were the times I would wait for the train after school. The High School Gymnasium, as my friend likes to call it. Still, he points out a small detail tied with the rather cold design — whenever we boarded on or off this station together, we knew that we were having an awesome day. 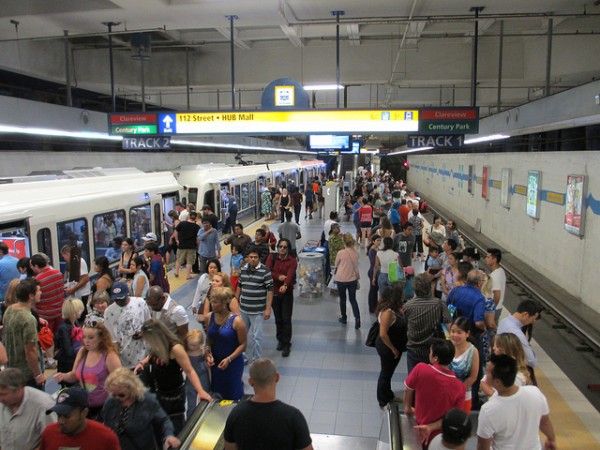 Next Stop. The Future.

As the LRT surfaces out from the tunnels, I hope that new stations will have their own unique character as demonstrated by our underground stations. Minute differences such as those between Churchill and Central Stations are not distinct enough as I often mix up my memories with the two. Design elements, whatever form they come, have large potential to connect people to place, as emotions and memories become attached over time. Taking transit should be more than a commute — it should be part of our life experience. And as we expand to new areas, I hope more and more that others can take the time and imprint personal stories of their own.