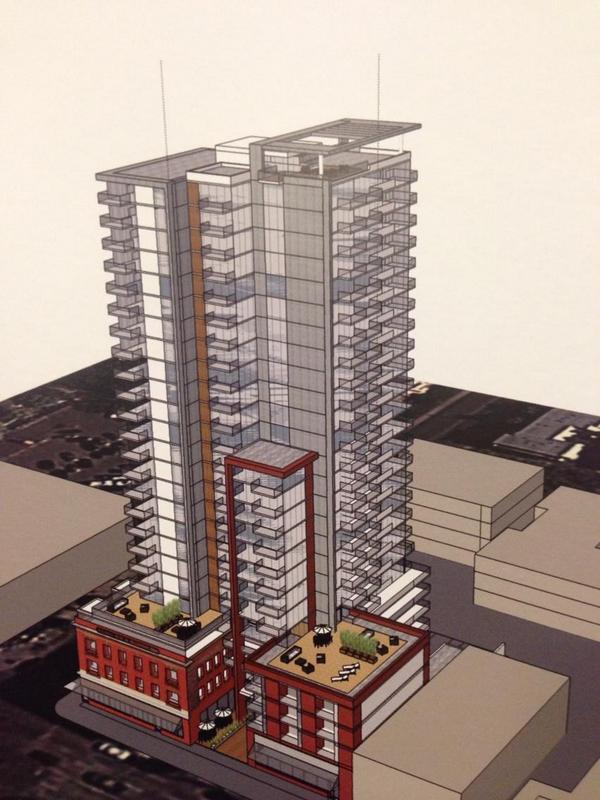 Tall buildings are all the rage in Edmonton these days. It seems the flood gates have opened on a new tall building frenzy, the likes of which is unmatched since the heydays of the 1970s and 80s. The last skyscraper building boom in Edmonton forever altered our landscape and resulted in the systematic destruction of much of historic Jasper Avenue and other historic buildings across central Edmonton. This latest surge is thanks in part to a relatively strong economy, re-investment and resurgence in the downtown, and the opening of airspace due to the closure of the City Centre Airport. While some projects have stalled and others enter the final phases of construction and still others remain the stuff of pure speculation, virtually every tall building has faced some form of public concern or controversy. And since the tall building fever is stretching beyond the downtown, it might be time for Edmonton to consider some tall building guidelines. 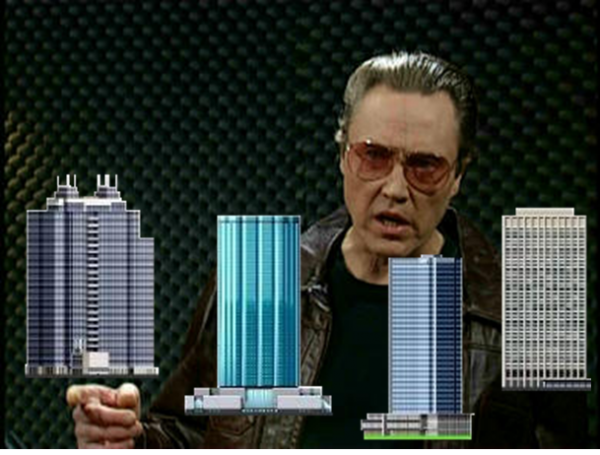 It seems even THE Bruce Dickinson has moved on from cowbells to Edmonton towers. (Towers not to scale. Illustration credit: SkyscraperPage.com illustrators Koops65, Chris Malayko)

Edmonton’s Zoning Bylaw sets height limits for virtually all zones. The Downtown Special Area has a fairly robust, albeit amendable, set of design regulations for tall buildings in the various zones that make up the Special Area, including setting maximum heights for each downtown zone. However, beyond Downtown and Old Strathcona, tall buildings are dealt with and regulated on a generally piecemeal basis. If the height in a standard zone is insufficient to satisfy a builder’s vertical dreams, an application can be made via the arduous process of rezoning to a direct control zone that sets site-specific regulations. Such regulations for proposed tall buildings typically include some fairly specific urban design guidelines.

I’m oversimplifying here but the point is, as the Toronto Tall Building Design Guidelines point out, “tall buildings are desirable in the right places, but do not belong everywhere.” A set of guidelines to better establish where they belong, where they don’t, and how they are designed and integrated in our city would go a long way to providing some clarity to the tall building game in Edmonton. Tall buildings by their very nature are meant to stand the test of time. Doesn’t it make sense to do some sort of planning on more than an ad hoc basis to ensure these buildings are sited properly and are sensitively integrated within the surrounding urban landscape? Rather than reacting to applications and proposals as they come in, a more proactive approach could go a long way in assuaging our fear of heights.

As I’ve pointed out before, we haven’t been very good at treating our built heritage with respect. The city has limited ability to force property owners to designate, and thus legally protect, their heritage properties. If you don’t like it, your gripe is with the property owners who refuse to do so – and to a certain degree, with the Province which limits municipal powers in these matters through the Historical Resources Act. However, a set of tall building guidelines might ensure that important pieces of our built history aren’t overshadowed (or overrun) by looming edifices. For example, with respect to heritage properties, the Toronto guidelines require that conservation and integration of heritage properties into tall buildings is done “in a manner that is consistent with accepted principles of good heritage conservation.” They further state that “in locations where tall buildings are considered appropriate, heritage properties should be referenced to inform the scale and contextual treatment of the new development.” In these guidelines, historic integrity comes first, tall buildings come second. In addition, the façadism that seems to be gripping Edmonton of late would be more difficult to justify with a clear statement such as that found in the Toronto guidelines: “Façade retention alone is not an acceptable method of heritage preservation.”

In any case, Edmonton’s tall building fever has reached a fever pitch. And with deepest respect to THE Bruce Dickinson, the only prescription this time is probably a little better thought, sensitivity, and planning.