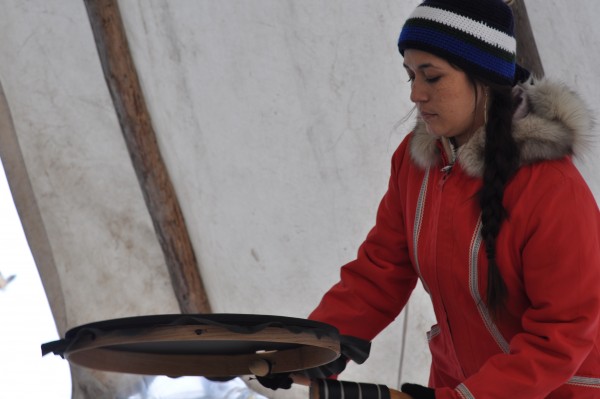 I would like to extend a personal thanks to the Aboriginal Elders, program leaders, youth participants, and all others who have been or are currently involved in the Nîkânîw program. I would also like to thank Lorie White who was very happy to share her Nîkânîw story with me (and wonderful pictures). This article is dedicated to her and her students. Hiy-hiy  – Thank you.

Last year, Mayor Don Iveson proclaimed A Year of Reconciliation at the Truth and Reconciliation Commission’s (TRC) Alberta National Event in Edmonton. For the past decade, the City of Edmonton has been a leader in improving the urban Aboriginal experience through its Aboriginal Relations Office and Edmonton Urban Aboriginal Accord [pdf]. However, at least one event this past year and the 2010 Urban Aboriginal Peoples Study revealed that there is still much work to be done in Edmonton to promote and practice mutual understanding, healing, and reconciliation.

One of Mayor Iveson’s commitments at the TRC event was to create an urban Aboriginal youth leadership initiative. The purpose is to increase participation in civic programs and services, fill gaps in current programming and enable youth to explore career opportunities in the public service. One City program that has been helping achieve that goal – doing so in relative obscurity for over a decade – is Nîkânîw.

Nîkânîw, which means “one who leads the way” in Cree, is an Aboriginal youth leadership program that combines the cultural teachings and guidance of Aboriginal Elders and Leaders with water safety and first aid education, leadership, and community involvement. Lorie White, Nîkânîw’s programmer since 2013, is a testament to the program’s successes. 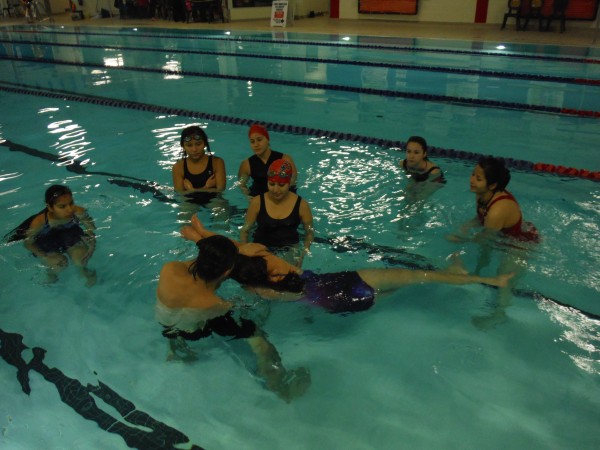 Lorie was introduced to the program a decade ago. “Previous to joining Nîkânîw I had only taken swimming lessons once and my cousin taught me to tread in the deep end long enough to swim to an edge,” she says. “Shortly after joining Nîkânîw I realized swimming was something I loved doing.” In 2006, her love for aquatics translated into a job at the city’s O’Leary Fitness & Leisure Centre.

Water holds important meaning in Aboriginal cultures, making the link between Nîkânîw and its aquatic program component all the more significant. “In my first years in the program, Nîkânîw’s founding Elder, late Marge Friedel, would talk to us about the importance of water,” Lorie says. “She would talk about how our bodies were made up of mainly water. She would talk about the strength water has and how with water brings life and water can be dangerous too. Water teaches us to be humble, patient and respectful.”

Aboriginal youth who are enrolled in Nîkânîw receive a City of Edmonton Leisure Centre Facility Pass for the duration of the program season which typically runs from September to March. They also are given the opportunity to earn several first aid and aquatic certifications that can lead to employment opportunities as instructors or lifeguards at the city’s leisure centres. Youth also receive career development support through workshops hosted by human resources representatives from the city who teach them about writing resumes, applying for jobs, and practicing interview skills.

Another facet of the program is leadership. Lorie notes, “Elder Marge Friedel would talk to us about the teachings of the geese. She would explain to us why geese would fly in a ‘V’ when flying south for the winter. She explained that the goose at the top of the ‘V’ was the leader and when that goose was tired it would fall back and let another goose take over the lead. She would say that we as Aboriginal leaders in our community needed to work as a team and show support and respect for each other as leaders.” Throughout their experience in the program, youth are exposed to Aboriginal leaders from across the city, including the program instructors who are all past graduates of the program.

Tied to the theme of leadership is community involvement. Nîkânîw recently partnered with Bent Arrow Traditional Healing Society’s New in Town Aboriginal Welcome Service. Nîkânîw youth acted as ambassadors at one of their events in spring 2013. “The event was called ‘On the Move and New in Town’ and invited youth from smaller communities outside of Edmonton to come enjoy a day in the city and learn what it might be like to live in the city,” Lorie explains.

Perhaps the most important element of the Nîkânîw program is its incorporation of cultural teachings. Four Elders are regularly involved with Nîkânîw: Jerry Wood, Gisele Wood, Betty Lafferty, and Francis Whiskeyjack. The Elders practice mainly Cree, Sioux and Métis customs. Topics covered in the past include sweat protocol, drum circles, talking sticks, and smudging. Exposure to the ways and customs of other Aboriginal groups are also incorporated. Lorie notes, “We have brought in other presenters such as Inuit Elders to talk to the youth as well.” 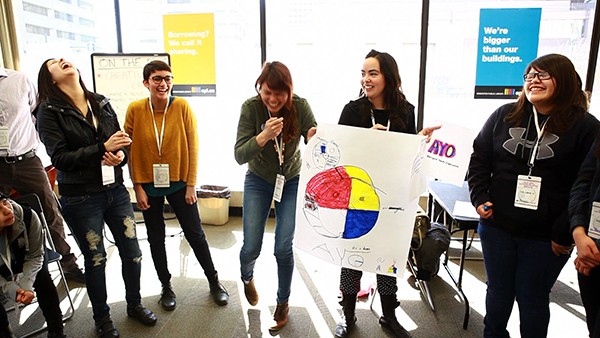 Overall, Nîkânîw has been able to demonstrate measurable improvement in the lives of its Aboriginal youth participants. Participants complete a survey at the beginning and at the end of the program. “Not all youth leave Nîkânîw with aquatic certifications so we base the success of the program on personal growth of the youth,” Lorie explains. In 2013-2014, youth showed marked improvements in their confidence as role models in their school/workplaces and Aboriginal communities. They also demonstrated significant increases in their knowledge of Aboriginal ancestry and cultural practices. Other than first-aid skills, the most significant improvements the youth experienced in confidence and capacity were in the realm of lifeskills. This includes making healthy eating and lifestyle choices and having the tools and resources to obtain a job.

For all the good Nîkânîw does, its capacity is limited. Current funding caps the number of participants at 30. Lorie notes, “Each year I turn away youth who are looking to join the Nîkânîw program.” What’s more, the program is growing in popularity, largely through word-of-mouth and its Facebook page.

Edmonton’s Aboriginal population is one of largest and fastest growing in Canada. This, along with Mayor Iveson’s commitments to the Aboriginal community last spring, suggests that Nîkânîw can and should play an important and expanded role in improving the lives of Aboriginal Edmontonians.