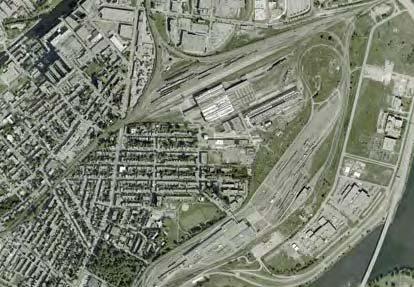 The Office de Consultation Publique de Montréal is opening a second round of consultations about the redevelopment of old CN yards in Pointe St. Charles this weekend. Pointe St. Charles residents are gaining a reputation as one of the most active and organized communities in the city, ensuring that accessible housing, local jobs, public transit, environmental considerations, and waterfront access remain on the radar.

Two years ago, Groupe Mach, had plans to develop a big-box retail centre similar to Marché Central but the necessary zoning changes were not approved. In September 2008, they came back with a new plan which would re-use some of the site’s historic buildings to attract new light industrial activity, and integrate a component of residential development.

Mach is working with residential developer Cardinal-Hardy who have proposed what looks like a sensible approach to housing. Their design would connect to the existing neighbourhood in both grid and form. 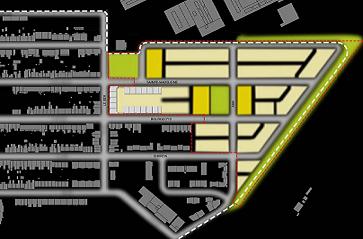 The site would also maintain some of its traditional function as a rail yard, through agreements with the AMT and CN (although its not clear how a recent fire will affect the AMT’s plans for a train maintenance centre on the site). Furthermore, the Société du Havre is involved as the site’s use could impact the future plans for the Bonaventure expressway.

With all these thumbs in the pie, its a little overwhelming to try and untangle the project at this phase. Fortunately several Pointe St. Charles community groups have been closely involved in the public consultation process for years, and have even proposed some plans of their own (pdf).

I think the complexity of the project is a good sign: After all, a true mixed use urban development should be created by – as well as for – a diversity of users.  To learn more, visit the OPCM website, or swing by the project’s open house this Sunday to smooze with community organizations and developers alike. 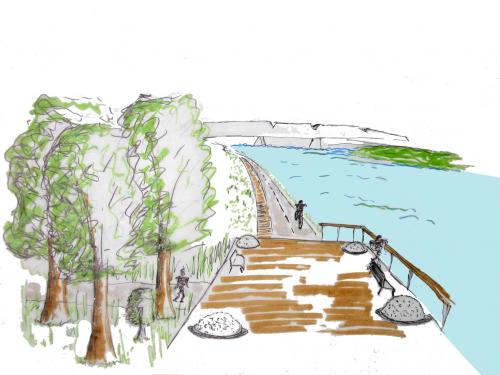