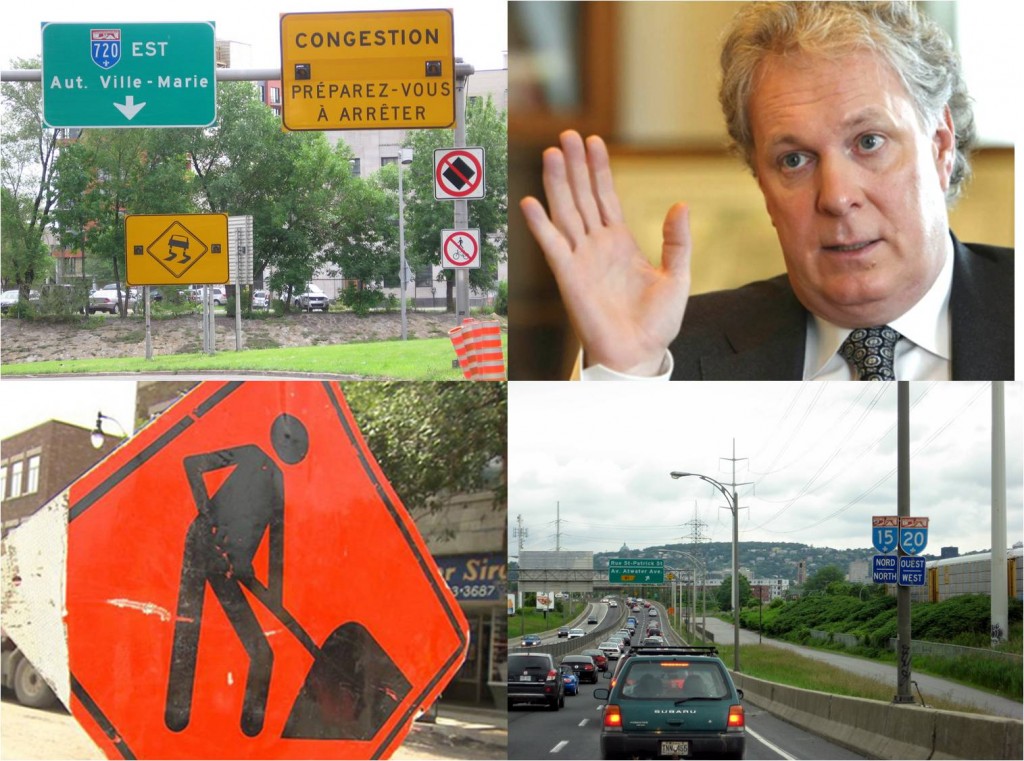 With allegations of corruption and collusion in the highway construction industry emerging with impressive (and depressing) regularity, Montrealers could be forgiven for responding to the damning report of the Jacques Duchesneau anti-corruption squad with a shrug. Corruption? What else is new?

Yet in this report we find more details (though no names) about the kind of crooked and costly dealings we have been hearing about since the Charest Liberals began frantically dumping billions into repairing (and expanding) the province’s neglected  highway infrastructure.  (An eye-watering $4B will be spent in this and subsequent years, representing 5.8% of total 2011-12 government program spending.) The primary contribution of the Duchesneau report is simple yet horrifying to comprehend: at a time of incredible public expenditure on highway infrastructure, there is no effective government oversight leading and controlling this process. In the words of the report’s authors, we are no longer talking about marginal or parallel criminal activities, but rather a takeover of provincial and municipal responsibilities by organized crime. This, of course, to maximize their profits at the public’s expense.

The details of the corruption and collusion identified are interesting to read and follow the same pattern as much of what has already come to light: price-fixing between colluding construction companies (including intimidation when rogue companies actually play by the rules); major engineering firms drafting plans and policy in the absence of the adequate expertise at the Ministry of Transport, then winning the contracts overseeing the work; and of course the political contributions, not just to the embattled premier’s Liberal party, but to the PQ and much-reduced ADQ.

Amazingly, it is not clear if these recent developments will lead to the exposure of the guilty parties who, over the years, have made off with millions from the public purse. Jacques Duchesneau’s anti-corruption squad has forwarded 13 dossiers containing specific names to the ongoing criminal investigation ‘Operation Marteau’; however, without the right to subpoena witnesses and other powers of a public inquiry, this criminal investigation is likely only to turn up a few naughty boys with cake on their faces while leaving the worst culprits unscathed.

How is one to respond to the news that our public accounts are being drained by organized crime while our government gradually out-sources its responsibilities in the key dossier of transport the highest bidder? While progressives (including myself) have criticized the Ministry of Transport for adopting old school, auto-centric solutions while allowing investment in public transit to lag, it now seems that these protestations should have been directed towards SNC-Lavalin, Dessau, Genivar and the engineering firms that are actually behind the province’s transportation policies. Lucie Martineau, president of the Quebec Public Service Union, has called upon Quebeckers to revolt and continue to insist on a public inquiry. Acting on this outrage seems increasingly like the only sensible response.

But as is obvious to anyone who has found themselves ensnared by the ubiquitous orange cones this summer, this city’s highway and road infrastructure is indeed in abhorrent condition and badly in need of repair. In fact, Montreal released its list of troubled overpasses the same day the Duchesneau report was made public. The timing of these two events will likely raise the eyebrows of conspiracy theorists, though it is doubtful that many Montrealers need convincing of the urgent situation facing the city’s roads. Freezing the emergency stabilization of bridges and tunnels while routing out corruption is simply a non-starter; this could easily result a major collapse that would make the failure of de la Concorde overpass in 2006 look like just another ‘nid-de-poule’.

The search for a reasoned response to this messy situation is further complicated by the fact that road construction has played a key role in keeping the province out of recession, at least for now. As drivers are reminded along virtually every construction site, ‘Nos infrastructures, c’est 100 000 emplois’. If corruption is now endemic in road construction and construction is essentially driving the provincial economy, does that mean the Quebec’s economy now relies on corruption?

The dilemmas revealed by this report will not be easy to resolve. The normal channels through which such situations are remedied – that is, elections, in which the bosses of politicians, us, throw the offending goons to the junk pile – hardly seem an effective tool at present. Indeed, Charest’s Liberals are riding high on the current disarray of the PQ and the absence of other opposition.

Calls for sustainable transport policies have fallen on deaf ears, largely because a cabal of engineering firms, construction companies and organized crime have figured out how to control many of the processes and priorities of the Ministry of Transport. It may be that the only logical course of action is the one advocated by Ms. Martineau.