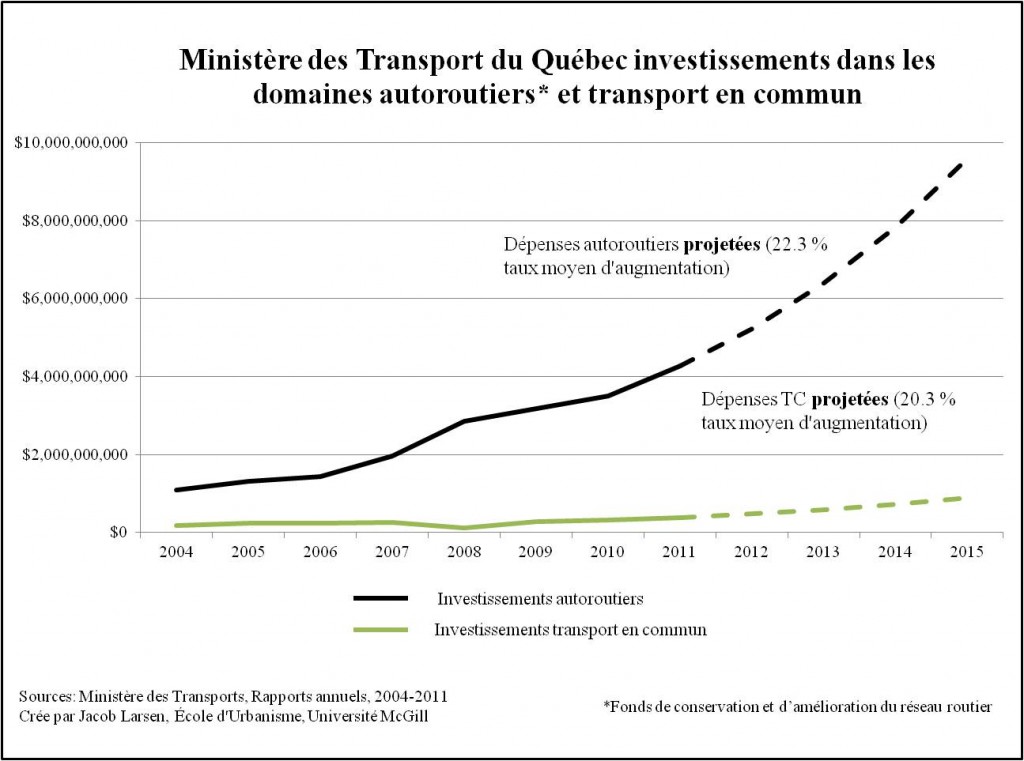 It’s amazing what a few hours poking around the Ministry of Transport’s website can reveal.

What does this province spend on new highway construction and maintenance, I wondered? What are the trends? How does this compare with provincial spending on public transit? I knew what I would find wouldn’t be pretty, but I had no idea.

Over the past seven years, a fairly consistent relationship of 10:1 spending of highways to transit has been maintained. But with a 22.3% average annual increase for highways, and 20.3% for transit, the spread in actual dollar amounts is starting to look scary. Consider this: by 2016, if highway spending continues to increase by the average rate of the past seven years, we will be spending 11.7 billion dollars annually; if the provincial budget continues to increase at 4.5 % (the average of the last three years – see section A.20), by that time highway expenditures will represent 11.3 % of total provincial expenditures.

Given the fanfare around the Politique québécoise du transport collectif, announced in 2006, one might imagine that transit investments would have taken off by now. Sadly, this was not the case. Whether due to municipal immobilisme, or because highways are consuming an ever growing piece of the transport pie, clearly the announcement of this policy did nothing to alter the Ministry’s highway-building ways.

Can anything break the addiction?