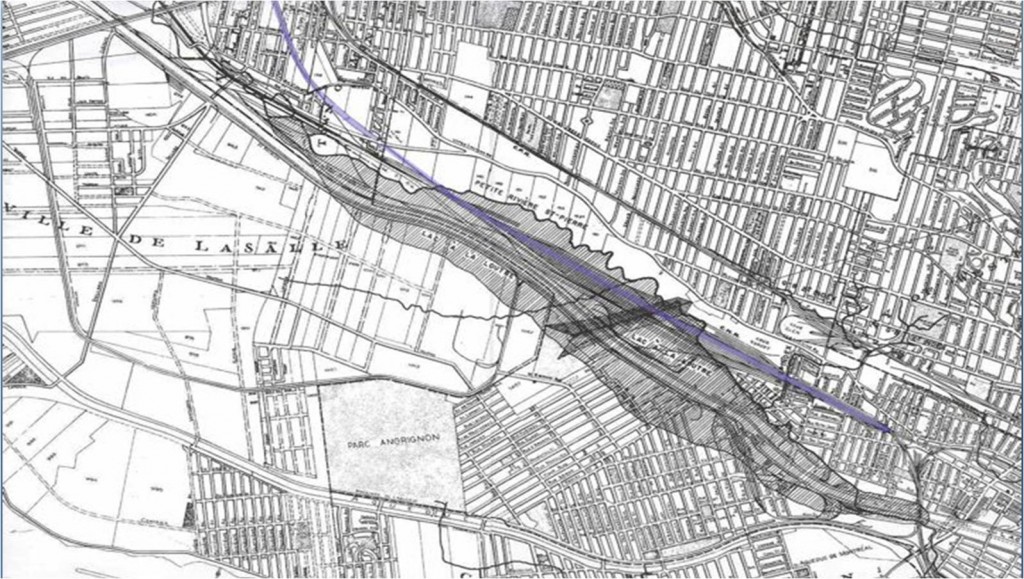 The Ministry of Transport has hit a major snag in its plans to replace the crumbling Turcot Interchange.

Last week, le Soleil reported that “high level” negotiations between the Ministry of Transport and CN would be required, with ex-premier Daniel Johnson at the helm. The sticky issues include a CN bridge used by motorists in Quebec City, and the MTQ’s plans for the rail company’s right-of-way at Dorval Circle and the Turcot yards. Though this certainly means delays in the Turcot project (more on that below), there are also various critics of the government’s plan already seeing the silver lining.

For the Conseil régional de l’environnement (CRE), this presents an opportunity to divert funds away from the unnecessary shifting of highway 20 against the St-Jacques Escarpment and funnel it into much needed transit. Projet Montréal leader, Richard Bergeron, has expressed his exasperation at the MTQ’s inability to manage its own highway projects, and gleefully advised the Ministry to enjoy its final two years dealing with the compliant Tremblay administration.

But what’s the substance of these “high level” negotiations?

Since the dispute is with a private company, details are confidential; however, it may be possible to deduce the source of the conflict. One clue is the apparent ambiguity over who will ultimately be responsible for stabilizing the soil of the ancient Otter Lake. This is necessary in order to relocate CN’s right-of-way against the foot of the escarpment, as detailed by the current plan. Will it be the Ministry itself or one of its contractors working in the “design-build” mode?

In a document released by the ministry, the job of stabilizing the marshy part of the Turcot yards is listed as “suspended”. This may mean that the Ministry has encountered technical problems and is shifting the responsibility to its contractors.  While this does not formally concern CN, it could affect their property; the company would naturally be anxious to see the future of their main trunk line on unstable ground—both literally and figuratively speaking. 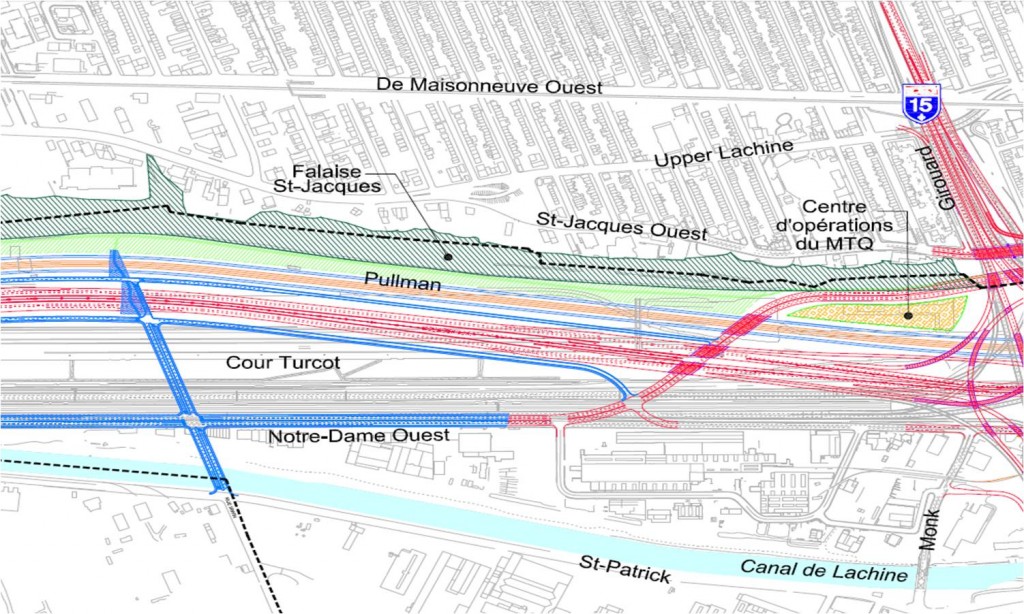 If the Ministry is shifting responsibility to its contractor, their projected timeline will need to be revised. Since the project management firm charged with divvying out contracts will first be announced this summer, bids for this specific contract could only be received and evaluated late 2012 to early 2013, at the earliest. The winning bidder(s) could very well take two years to complete the work, ending in 2015. (Excavating this marsh to install high capacity drainage is a big, expensive job, after all.) Recalling that moving the CN line is only preparatory work for the actual interchange replacement, the MTQ’s 2018 completion date is looking very optimistic indeed.

Of course, this whole mess could be avoided (and about $400M saved) by NOT shifting Hwy 20 against the escarpment and leaving CN’s right-of-way in its current path.  While the MTQ asserts that the eventual location of the CN tracks is fixed, most probably there is—like much in this troubled Ministry—more to this than meets the eye.

Full disclosure: The author is currently working with the community group, Solidarité St-Henri, to advocate for changes to the Ministry’s plan for the Turcot.