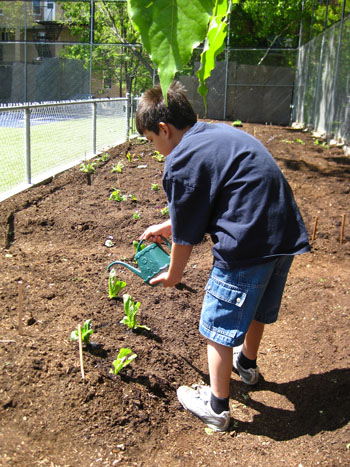 Montrealers asked for it, and the City of Montreal is delivering: the OCPM has announced a public consultation about Urban Agriculture from May 12th – June 18th.

Since 2009, Montreal’s Charter of rights and responsibilities gives citizens the right to initiate a public consultation on almost any municipal issue: they simply have to gather 15,000 supporting signatures within 90 days.

Last fall, the Working Group on Urban Agriculture doubled that number: on November 15th they presented 29,000 signatures at city hall to initiate a city-wide consultation about urban agriculture.

CRAPAUD, one of the members of proposed a  citizens charter on urban agriculture, taking into account such elements as:

While that may all seem relatively uncontroversial, the propositions also have far-reaching implications in terms of urbanism and citizen’s rights to urban space. The proposed working group would like the City to recognize urban agriculture as a necessary and essential component of a sustainable urban system. This would require developing a specific zoning and land valuation system to allow land to be permanently dedicated to urban agriculture, with the implication that all citizens mush have access.

Urban agriculture will certainly be one of the topics adressed during  A Taste for Montreal, an event in collaboration with Spacing Montreal, Avenue 8 and the CCA, which takes place on April 5th 2012.