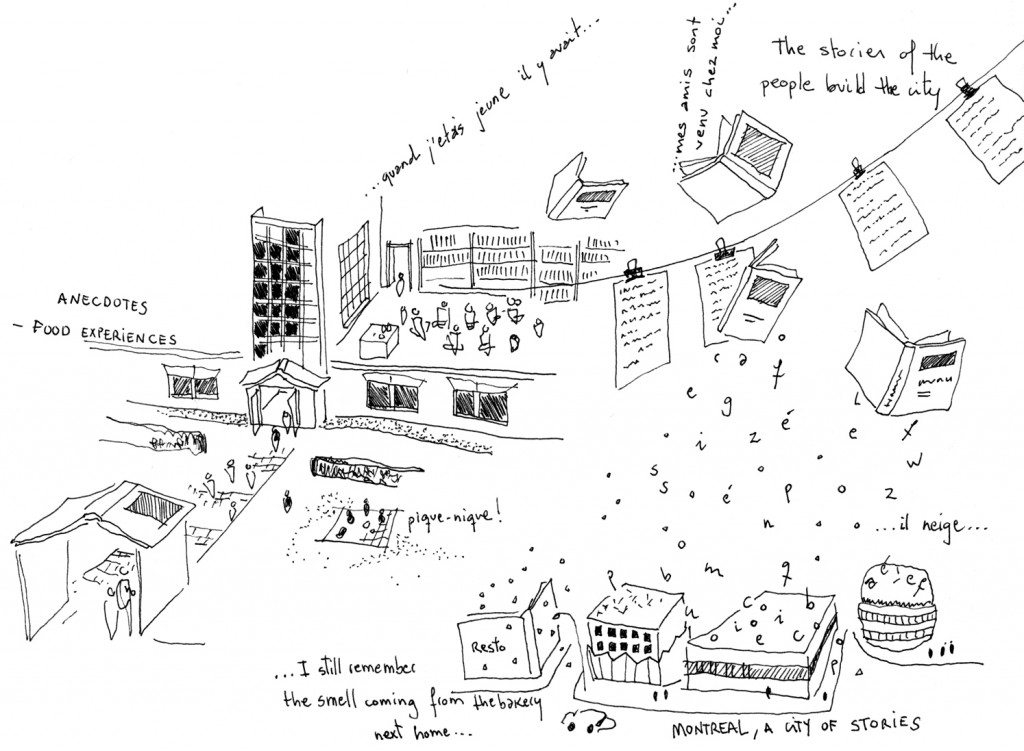 The idea of using food as a lens to explore and understand the city is something that Avenue 8 has held dear for a long time. We were initially inspired by the Foodprint project in New York City. And we were even more inspired when we realized that everyone – from our friends to the people in the mayor’s cabinet responsible for the new urban plan – had a story to tell. That’s why story-telling became one focus of A Taste for the City last week.

Illustrators Marta Juliol Masferrer (ab0ve) and Vincent Giard (below) captured some of the stories told on April 5th: 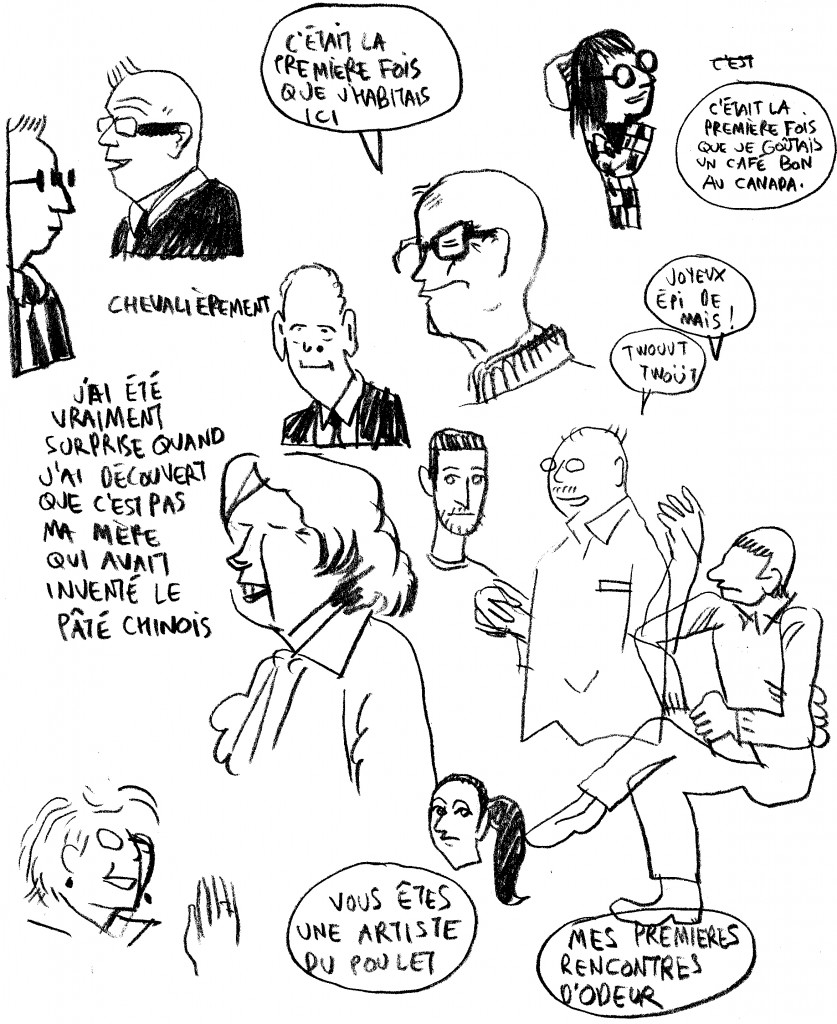 Growing, discovering, buying, preparing and eating food is a huge part of how we experience the city. Food has the power to draw us off our beaten paths, pull and into new neighbourhoods, and plunge us into different cultures. The tastes and smells of the city can send us reeling back to grandma’s gardens and mama’s kitchens and first dates: the things inextricably linked to who we are.

Now, as public participation becomes the mot du jour, the vital question is: how can we tap into that visceral experience of the city when we think about urban policy or planning? How do decision-makers and planners deal with stories?