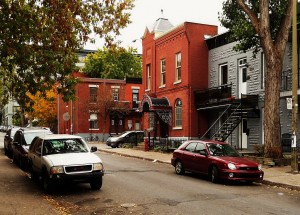 Nancy Richler’s book The Imposter Bride (short-listed for the Giller Prize, 2012) shows us a Montreal that is both exotic and long gone, yet also strikingly familiar. When Lily arrives just at the end of the war in Montreal, a city she doesn’t know at all, it’s immediately clear to all who come to know her that she has suffered unspeakably. Yet at this time and in this place, one doesn’t speak of such things. Suffering is shuffled away, feelings are pushed down and ignored. Perhaps no one really wants to know, anyway, and suffering was in large supply during the war for many Jews, Europeans and others.  Lily is betrothed to Sol but Sol washes his hands of her almost immediately after she arrives (scared, weak, afraid her suffering is catching), so Sol’s brother, Nathan, takes his place and the wedding goes ahead. Bella, Lily’s soon to be mother in law, is practical in the way she lets this newcomer into their lives. Extravagance seems impossible in a world with so much pain.

Nathan had told Bella about that exchange as the two of them sat in the back seat of the car he had hired to take them to his wedding. They could easily have walked over. The synagogue where the wedding was being held was on Hutchison Street, just a few blocks away from their apartment on Clark Street, and it was a beautiful summer evening. But the way a thing starts is the way it continues, Nathan felt, so it was important to him that every member of the wedding party arrive in as much style and comfort as he could afford.

For Jews escaping the horrors of mid-century Europe, Montreal must have seemed at once terribly naive, out of touch with the world, and an urban paradise. Of course, trauma is something we can’t just sweep away and Lily’s past refuses to let her be happy. Soon she vanishes from the city and the daughter she gives birth to will grow up without a mother as Lily travels west to seek solace from whatever she has experienced. It’s a moving, lovely novel about overcoming our pasts and defining who we are in a present we can’t always control.

Though the work is fictional, this is the world of Mordecai Richler: Mile End’s brick buildings and restaurants and shops and delis, where Yiddish is spoken on the street and there is little distinction between Jewish identity and Montreal identity in the grand scheme of things. One only senses the faint traces of this world today walking along Clark Street: an old synagogue, an Hasidic family on their way somewhere, a shop front that used to be a deli, perhaps, or a bookstore. Mile End wasn’t always hipsters, cafes and Royal Phoenix and it’s comforting to know that even today, young people arrive in our city and walk these streets, trying to learn in a new place who they are, where they’ve come from, and how to let the past be only a story we tell. “The way a thing starts is the way it continues,” Richler’s character Nathan believes, and this could also be the motto of Mile End or Montreal generally. 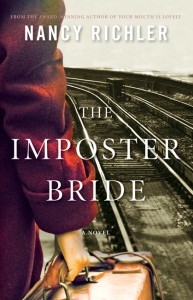