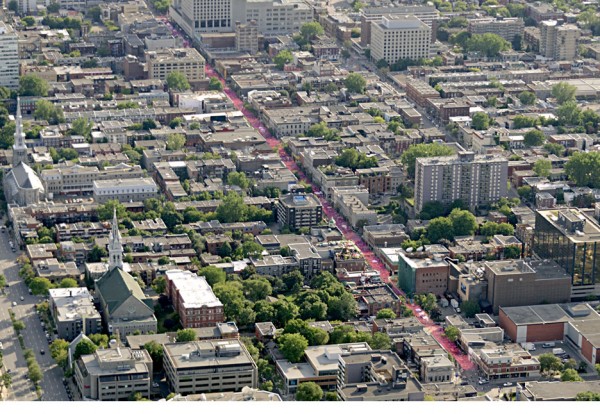 For the third summer in a row, the Gay Village of Montreal has been animated by the vibrant street-canopy installation designed by Claude Cormier + Associés. 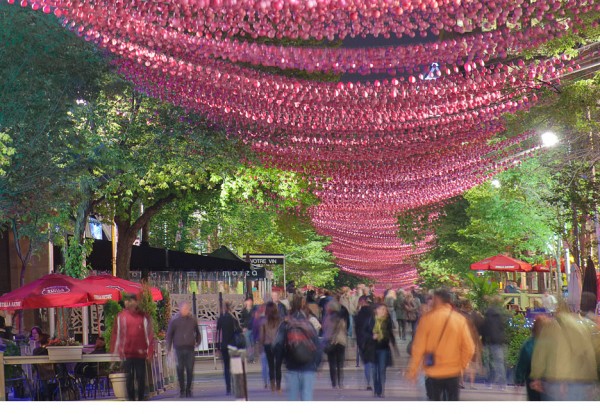 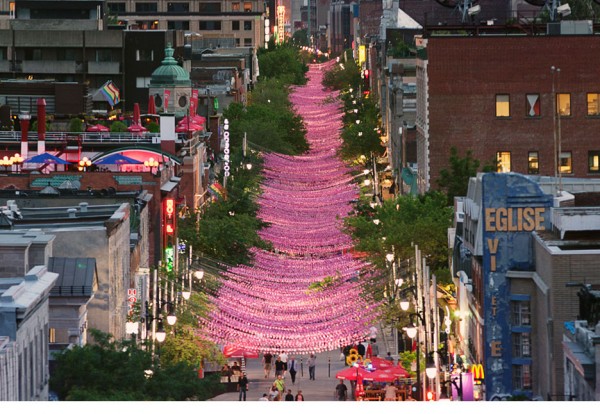 Over 170,000 pink balls in three sizes and five subtle shades of pink are suspended over the entire Sainte-Catherine Est portion of the neighbourhood, extending a full kilometre from rue Saint-Hubert to rue Papineau.

In the past year, Ubique Media, in partnership with La Société de Développement Commercial (SDC) du village, developed this short promotional video for the village, but the Pink Ball installation (aka. Les boules roses) was the inspiration and the star of the video.

The design has been a huge success, proven by it’s return year after year. This urban intervention has been so popular with locals and visitors alike that it’s become a neighbourhood amenity and a destination, revitalizing the Village in the summer months. But it doesn’t stop there as it’s also becoming a cultural landmark.

The installation was even featured on our blog as the photo du jour on June 21, 2013!