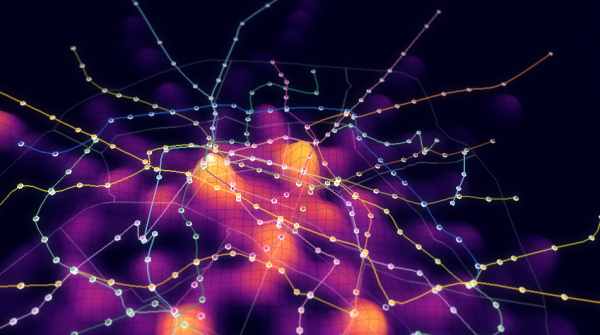 The Parisian subway system is incredible intricate: the entire network has 16 lines running a total of 214 km through 303 stations; it is the second busiest station in Europe next to Moscow.

Metropolitain.io is a non-commissioned data project that takes the vast Paris subway network and translates it into an interactive 3-D map. The site allows users to turn lines on and off, tilt and turn the map, and see which stations are the busiest.

The map was created by tech start-up Dataveyes.