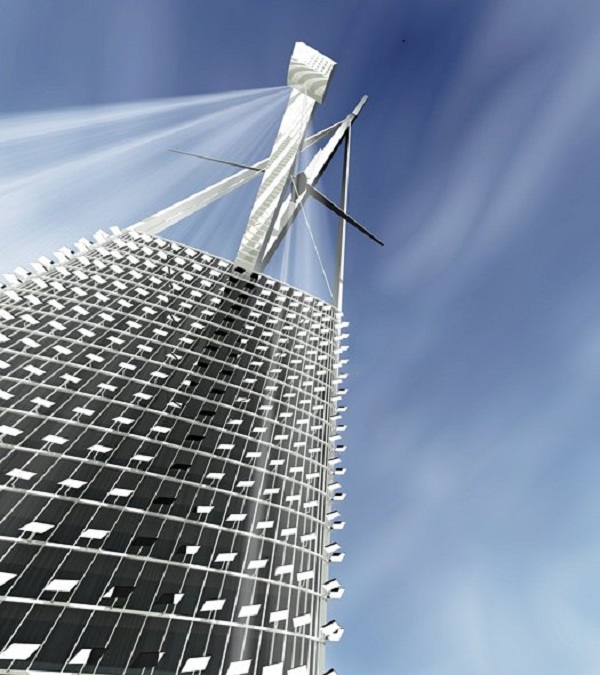 It could hold a luxury condo, or office space, all the while generating power for thousand’s of nearby buildings.

Dubai’s 10MW Tower will stretch nearly 2000 feet into the air and would be one of the first tower-style generating plants. The tower has a three-pronged approach to energy generation: a 5-mega-watt wind turbine in the middle of the a-frame; rows of mirrors beam light to heat salt up to 925F to run a 3-megawatt steam turbine; and the tower will also catch updraft heat via an internal wind turbine.

Although the project – which will cost $40-million to create – will pay off its energy debt in 20 years, creators say it’s only a matter of time before this type of building is built.