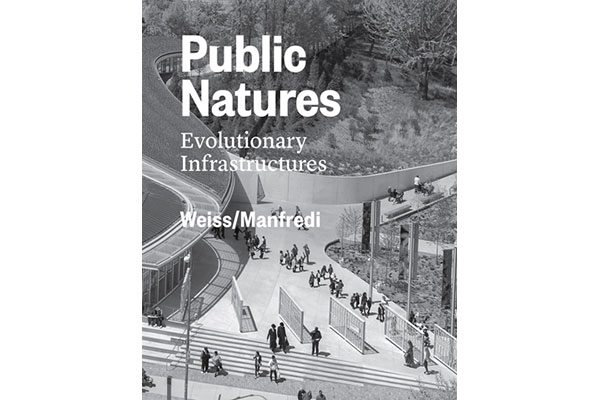 In considering the evolution of ecological, urban, and social infrastructures, we have been interested in the ambitions and unfulfilled promise of the architectural “mega-project.” We believe this legacy of modernism is a project with new potential to act at a scale commensurate with the magnitude and complexity of today’s challenges. In analyzing the components, processes, and motivations behind such large-scale works, points of reciprocity between disciplines and scales of operation have illuminated the potential for even the smallest project to serve as a catalyst for urban transformation.

The present day architecture project operates on several scales, whether physical or social, and seldom is it the case that a building has the opportunity to tap into the epochal scale of a site. Similarly, as many urban sites in Europe and North America are presently undergoing remediation from their industrial past, the many new social spaces appearing upon them—where once were factories, canneries, and refineries—have been compounded by our current environmental conversations around rising sea levels, contaminated soil, and islands of floating plastic.

The scale of certain architectural projects, as is evident from Public Natures: Evolutionary Infrastructures —this new astonishing monograph from the New York-based architecture and landscape firm of Weiss/Manfredi —clearly demonstrates that architecture and landscape architecture have more than just the ability to heal a landscape scarred by industry: it can provide new, exciting spaces for social interaction, simultaneous with providing a buffer to the fallout of immanent environmental change.

For if there is a new buzzword for our age, it is resilience. How we think about how we are impacting our planet now can change the outcomes in the not too distant future. The four foot storm surge of Hurricane Sandy that hit parts of New York City only a few years ago prompted many local design firms to re-examine the ecology of the Manhattan shoreline, and several projects featured in Public Natures are the outcome of this firm’s concern for the growing need for building in resilience in the city’s public infrastructure.

As highlighted within the book, the founders of Weiss/Manfredi have realized the importance of our present moment, and how large infrastructure projects, like the ones their office have been working on, have the capacity to affect meaningful environmental change, while enriching the public realm with spaces for social interaction. The modern architecture project has been intrigued with the cross pollination of architecture, landscape, and infrastructure for some time, and many of the book’s contributors—including Kenneth Frampton and Preston Scott Cohen—often cite the influence of those like Le Corbusier and Paul Rudolph, whose master plans the modern movement continues to draw upon still.

Several projects are featured, but two in particular are standouts—the Olympic Sculpture Park in Seattle, also the first to be featured in the book, as well as the study for the Don Lands in Toronto. With the former, a stunning full page aerial shot of the sculpture park is featured beside an old black and white “before” shot of the site, taken from a similar bird’s eye view. It as an opening salvo to the book, as is it clearly depicts how important these projects are for the modern city recovering from its Industrial Age hangover.

In addition to these two uber-projects, the firm’s work in Brooklyn and New York are nothing short of revolutionary, especially in regards to their ecological program. In both cases, the Brooklyn Botanical Park and Hunter’s Point South waterfront park are giving to the greater New York area a buffer for the next storm surge, as many would say it is not a question of if there will be one, but when. And in the case of the latter project, five thousand additional residences are anticipated in the area, with the park providing for the resilience such intensification requires.

There are currently several examples of how thoughtful architecture and landscape design have created meaningful benefit to a given city’s citizens—such as the gondola line above the comunas in Medellin, or the High Line going through the old meat packing district of Chelsea—the examples are numerous, and several of Weiss/Manfredi’s project fall into this category.

Out of the ten projects selected for the book, there is a little bit for everyone from everywhere—from Seattle to New York and Toronto. In addition to the descriptive texts, full page colour images and renderings, the book features a compelling exposition between the firm’s founders and several prominent voices, debating the merits of the mega-project and its place in the modern city. This is book-ended by a foreword from former MoMA director of architecture Barry Bergdoll, along with an interview with Kevin Frampton that Weiss and Manfredi conduct to talk about his 1999 essay “Megaform as Urban Landscape,” and the text from which they derive the title of their book.

As they note, “over a decade since that initial shot across the bow, Frampton continues revising and expanding his arsenal of exemplary forms as an anxious fortification of an argument that appears, perhaps by design, to be perpetually incomplete.” The interview than provides an optimistic note to end on, one in which we can say the modern architecture project will likewise never be complete, ever changing even before it is done, and always providing us with the hope that the negative impact the Anthropocene era will wreak can always be undone.

Such then is the reason for the necessity of thoughtful design, with Public Natures providing us with a window into one of our present age’s more thoughtful architectural and landscape firms: one willing to ask some tough questions, especially about where the rubber hits the road between architecture, infrastructure, landscape and art.