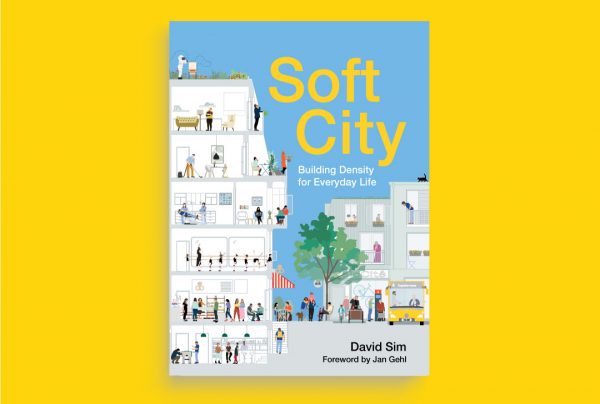 Bringing the soft back to cities

Cities are often caricatured as hard and harsh. Concrete, steel, loud noises, crowds and congestion, bright lights, fast speeds, isolated people. With the increasing focus on ‘smart cities’, we are in danger of adding another layer of technocracy to our cities, further adding to their hardness and social isolation.

David Sim’s book, Soft City, provides a counterpoint to this version of the city. The book makes the case for a human-scale “soft city” that emphasizes the design of our built environment to promote human movement, interaction, and comfort. It promotes a diversity of building types and thoughtful urban design to ensure a resilient urban environment and society. In Sim’s eyes, a “‘soft city’ is a human-centered city; one that adapts to the needs of its residents and visitors in order to accommodate the pleasures of everyday life.”

It’s about density and diversity 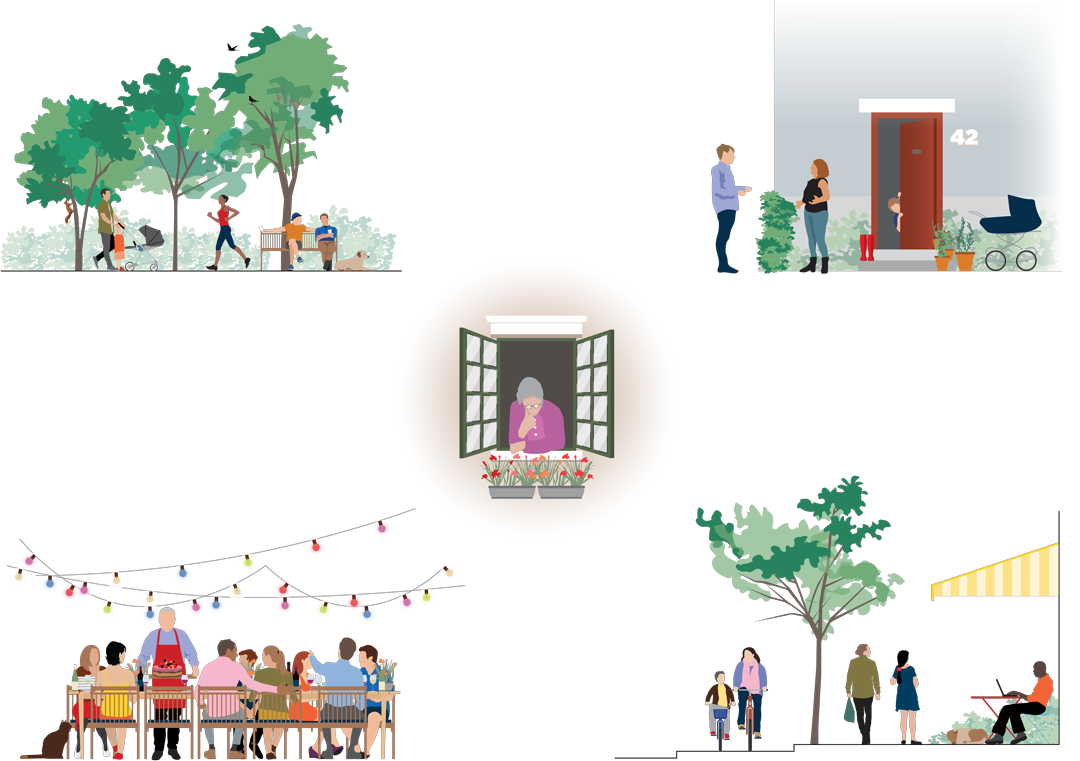 Illustrations from the book.

According to the author, “we see an increasing need for living densely and with that comes sets of contradictions between privacy, sociability, economic efficiency and spatial design.” The book seeks to balance such contradictions by suggesting simple, low-tech, low-cost, small-scale, human-centred solutions to improve everyday urban life, and help address some of our current human challenges, from the climate emergency to the rise in political polarization.

Reconnecting people to place, planet, and other people

Drawing on works by the likes of Jane Jacobs, Christopher Alexander and Jan Gehl, Soft City carries on the proud tradition of these urbanist luminaries. From a foreword by Jan Gehl through its nine chapters, the book persuasively outlines how our cities can be softened through urban interventions at a human scale. Throughout the book, Sim shares specific examples of how to make any city more efficient, more livable, and better connected to the environment through a collection of accessible, ‘doable’ solutions that can help reconnect people to places, our planet, and—other people. By creating opportunities for social interaction and urban propinquity, these ideas can help soften the edges of our hard cities. 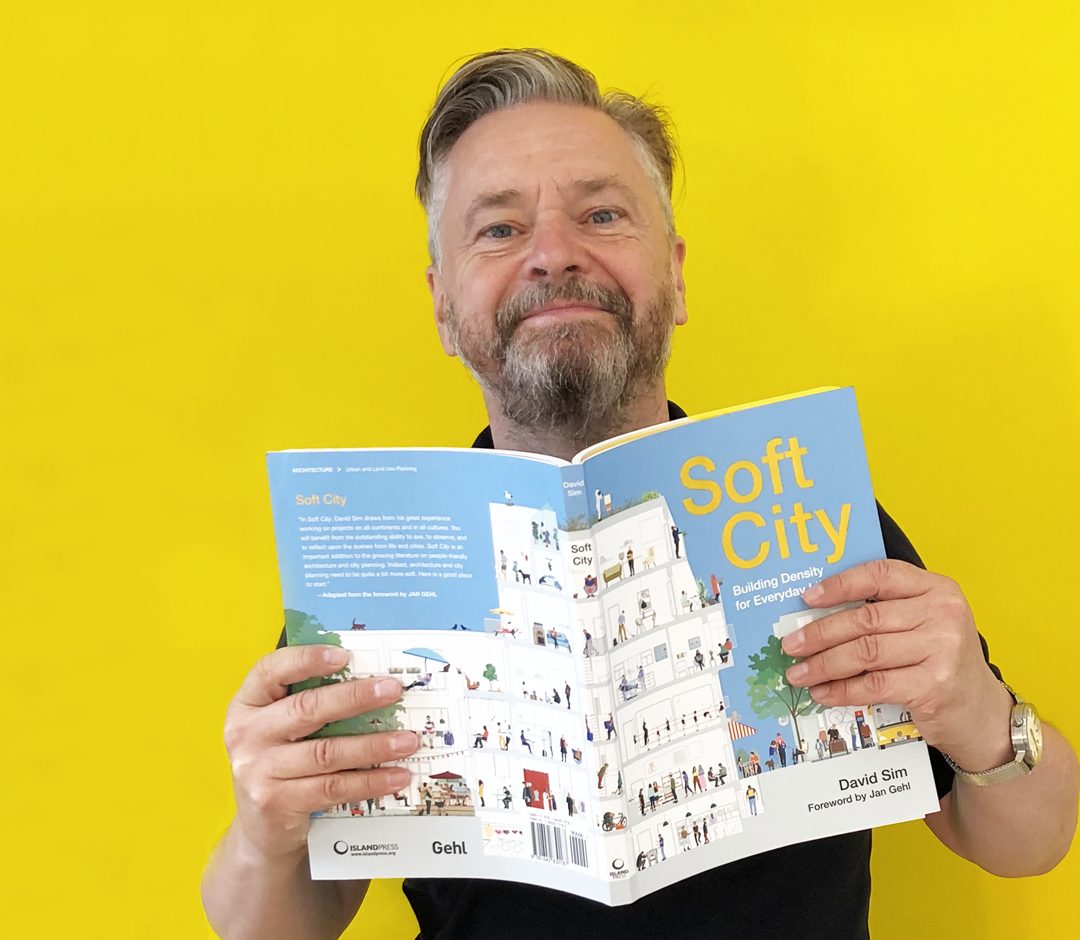 The author and his book. Image courtesy of Gehl.

“Rather than one big idea or one single solution, it’s a story of 1000 small steps towards improving people’s quality of life.”

The book concludes by outlining nine important criteria for dense livable cities, each accompanied by tangible solutions. These measures include density at a human scale, flexibility and responsiveness, diversity of public spaces and built forms, a sense of social identity and control, accessibility and contentedness, micro-climates, increased biodiversity, and a smaller carbon footprint. 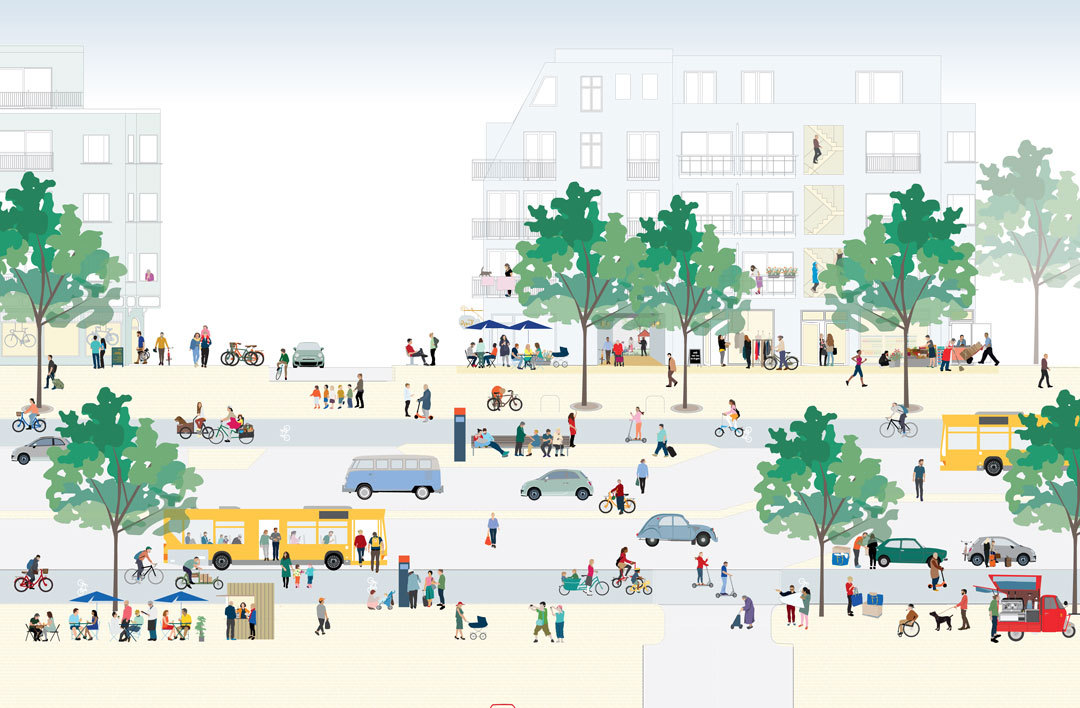 An image from the chapter “Getting About and Getting On.” Courtesy of Gehl.

Rather than a book you sit down and read, Soft City is a book that invites you to explore what it has to offer. It is highly visual, filled with primary colours, useful case studies, original ideas, inspiring photographs, and helpful graphics. As such, it is highly recommended that you forgo the e-book version and get yourself a physical copy.

David Sim is Creative Director at Gehl where he champions people-first urban strategies and design work worldwide. His knowledge of human-scale cities have made him a leader in the push for more equitable, healthy and sustainable urban environments.

Yuri Artibise is a public policy advisor with a passion for city planning and community housing. He is the Executive Director of the Vancouver City Planning Commission, and is the principal at Yurbanism, a strategic and urban engagement and policy consulting practice.