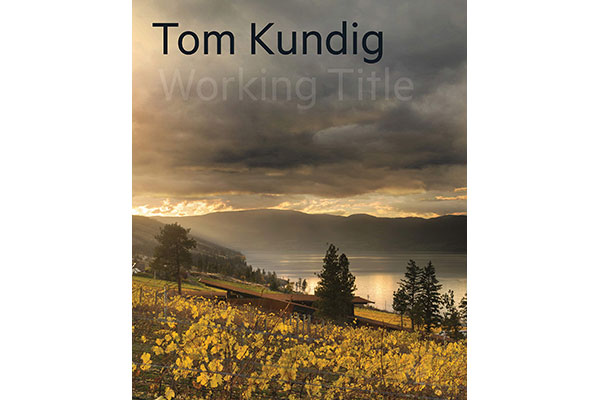 When considering Kundig’s buildings, twenty-nine examples of which are included here in his fourth book, one is struck by how palpably they express, and how cannily they frame, the relationship between design and the environment. Each project reminds us how complex – beautiful, thorny, open to constant reinvention and reinvestigation – that relationship is. “Tough, light, and solid,” is how he once described a project to me. That triad of no-nonsense adjectives is perhaps the best description there is of Kundig architecture.

With 2020 drawing to a close, it is a time for renewed hope and optimism for one of our oldest traditions – reading and publishing books. And in a time where it is well nigh impossible to travel to places near and far, books and monographs remain the most reliable source of visual and literary stimulation, providing us a snapshot of exotic locales that we cannot experience first-hand. Architectural monographs, in particular, offer us a vehicle for traveling to places as far off as Hawaii, Korea, Australia and Costa Rica, along with places closer to home, such as Seattle and Kelowna.

Such has not been lost on Seattle architect Tom Kundig, who here in Working Title (2020) has provided a stunning photographic tour of all of the above and more, including several repurposed buildings among the usual single-family subjects. Kundig is now a world-celebrated architect, with Working Title capturing a proper snapshot of his 190 person office and what they have achieved in its forty-five-year existence.

Accompanying the extensive photographs making up the books 367 pages, with photo credits going to over a dozen contributors, Kundig has included his acceptance speech for when he received his Distinguished Alumni Award from his alma mater, the University of Washington in 2019. The short speech provides a poignant opening salvo to the twenty-nine projects, as he reflects upon his education at UW along with his near half-century career since going to school there.

In it we learn of one professor in particular, whose exercise left an impression that continues to guide the architect to this day. As well, the foreword of the book is provided by a friend who recounts a tale of driving across the Utah desert with Kundig. Within, we learn much more about the architect, including his life long passion for environmentalism, along with his fondness for hot rods and souped up cars. This latest book is perhaps his most autobiographical, as the author and editor offer a continued insight into the mind of his creative inspirations.

In his UW speech, he explains that the great architects have discovered the secret of what he calls the nano-moment—how Le Corbusier, Louis Kahn, and others have revealed in their architecture something greater than the sum of its parts. And while he doesn’t mention them by name, projects from the book owe much to Frank Lloyd Wright and his long Prairie School eaves, seen here in Kundig’s Hale Lana House in Kona. Kundig also owes much to the functional grid of Mies Van der Rohe, with the façade of his Seagram building evident in the grid of Kundig’s Shinsegae International building in Seoul.

Kundig here also reveals his love for music, comparing architecture to the sounds of Miles Davis, Jimi Hendrix, and Beethoven. It is for this reason that the third essay accompanying this latest monograph includes the director of the Bob Dylan archive, Michael Chaiken—also a client of the architect. In the interview, we learn much about the architect from a non-architecture perspective, and the reason Kundig chose it to accompany his work in the book.

Of the many notable projects featured here, the two standouts are grouped together at the centre of the inch and a half thick tome—the already mentioned Hale Lana House in Kona, Hawaii as well as a Martin’s Lane Winery in Kelowna, BC, the photography of which provides several of the books show-stopping moments. The photography of Nic Lehoux, among many others here, illuminates the poetry that Kundig is speaking of in the nano-moment, particularly in the shots of the winery with the play of light upon Kundig’s striking forms.

With the Hale Lana House, featured among over a dozen other single-family homes in the book, this is one of the most striking sites the architect has ever contended with—an ever-changing island of lava rock. The single-story residence which Kundig gently alights upon the site is as important as the views the house is able to avail itself to. This is a different site response than the Kelowna winery, whose roofline follows the line of the hillside so as not to impose on the majestic landscape, and picturesque enough to be the book’s cover image.

While many of the houses here are clear homages to his early work—his new CheckMate Winery Pop-Up is a reference to his award-winning Delta Shelter (2002), with Triptych sharing the same large window as his seminal Chicken Point Cabin (2003)—the projects in the book also share the limelight with retrofits, including one is Seoul of a fifteen-storey highrise, repurposed to house an entire company’s workforce. This new addition to his modus operandi of the gizmo and hot rod can now include ‘ugly buildings,’ the architectural misfits that have been overlooked and underappreciated, to which Kundig is looking to give a second life to.

And if there is one take-away from this latest book from the Seattle-based architect, it is most certainly that building back better means reusing much of our building stock for as long as their life-cycles will permit. Other projects in the book include the re-use of a Dr. Pepper bottling plant into a wine tasting space, and the repurposing of a laser laboratory into an art gallery, both in Seattle.

Coming just in time for the holidays, this book will make a fine gift and provide a window to far-off (and warmer) climes over the winter months, making it a great book for both designers and non-designers alike to curl up by the fire and be transported away.