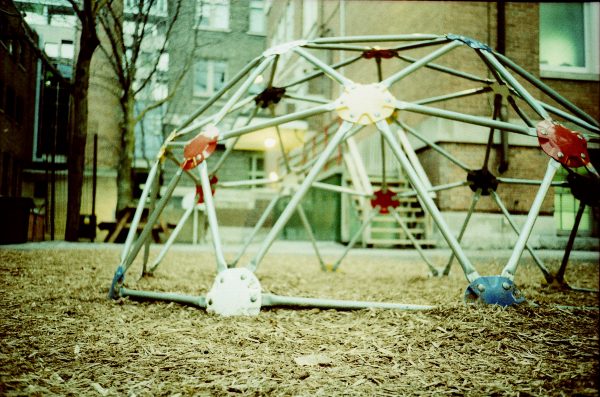 You make a deal with the city where you live to put up with a certain amount of discomfort and nuisance in exchange for being part of something bigger and more exciting than life in the hinterland. You trade privacy for a close-up view of your neighbours’ lives, solitude for belonging to a collective, and predictability for controlled chaos. E. B. White, writing about New York City in 1948, described these benefits as the supplementary vitamin supplied in massive doses to its citizens.

But post-war New York is not post-pandemic Vancouver or Toronto or Ottawa, where the vitamin is a world-saving vaccine. COVID-19 has broken the tacit city-resident deal for many, with civic life in a state of crisis that goes deeper than the dulling of downtown cores. Cities are full of stories, but their stories lately are not so good. The crisis did not spell the ‘End of Cities’ as some observers predicted early in the pandemic, but for many city dwellers it does mark the end of fealty to the leaders and institutions that failed them. Others may have a little less love for their city this year than last, less enchanted by its magic.

There is, however, some low-hanging, high-yield policy fruit that can help bring back urban vitality and repair broken social contracts. One example: what Barcelona and other cities have called a “Plan for Play.” A Plan for Play, in short, is a strategic and operational document that details how to maximize public play in a city, starting with, but not limited to, young people. Barcelona’s plan dates back to 2018 with a horizon of 2030, but its capacity for restoring pandemic deficits, and healing civic trauma, makes it very much of the moment.

You may ask why cities need to plan for something as spontaneous and voluntary as play, which surely sits down the priority list from affordable housing or climate emergencies. The answer is that as a society, we have largely forgotten the great value of public play. Play is good for brain health, good for body health, good for business health and — importantly in 2021 — it is very good for social health. A comprehensive Plan for Play would set the commitments to centre play in the urban recovery effort, encouraging continued agility and collaboration across city divisions and agencies. Plans communicate values, symbolically and with budgets.

Some cities have started to embrace play in the everyday multipurpose spaces where it flourishes, recognizing that urban environments can inspire or conspire against play. In one of the more enduring chapters from Death and Life, Jacobs scolds that removing play from streets and sequestering it in parks and playgrounds is a foolproof way to blight a neighbourhood. Play belongs in the interstitial and the everyday, such as the Bentway’s Playing in Public campaign that punctuates a number of ordinary spaces along Toronto’s waterfront this summer. Play belongs in Montreal’s open streets and Vancouver’s pop-up plazas, and in the spaces in between.

In no particular order, here are 10 reasons why every Canadian city needs a Plan for Play.

Prior to the pandemic, fewer than a fifth of Canadians were meeting recommended daily physical activity guidelines, and several recent studies show greater declines during Covid-related restrictions. At a time when Canadians need to get their bodies moving more than ever, play is founded in movement and activity.

Social interaction, intergenerational connection and community safety are all corollaries of playing in public. In Barcelona’s plan, play spaces are conceived as community meeting places, and not just for parents and caregivers. In these shared spaces, people take public responsibility for each other even if they are strangers or mere acquaintances. As people warm to a new affinity for public life and learn to trust the closeness of strangers again, play can re-animate our streets, parks and squares, sparking moments of what sociologists call collective effervescence.

Canadians have lived under the yoke of rules and restrictions for 18 months. We are sick of them. Play breaks us free and offers some much-needed opportunities for risk and experimentation. Our research shows that some urban teenagers are finding ways to expand their territorial range and play space during Covid by roaming further with their friends, and taking over laneways or back alleys. Not only is more of this needed, but with more freedom to play comes the opportunity to rethink constant supervision and adult surveillance as the de facto parenting model.

4. Play is innate and for all ages

While play is a recognized right of children by the United Nations, play is much more than an indulgent pleasure for children as its holistic benefits translate to all ages. Aging boomers, in fact, might be the largest beneficiary of public play initiatives in terms of sheer numbers and boosts to social and physical health. We are all born with an intrinsic motivation to engage in play and it has been part of human culture since time immemorial. Civilization began in play, Dutch historian Johan Huzinga notes, and never left.

Play develops independence, confidence, creativity, cognitive and motor skills in all ages. While play-based learning has long been a part of early years education, Canada’s largest school board is currently developing a play policy for K-12, and some universities use play-based learning in their professional programs.

Play is social infrastructure (see #2) but it can also be spatially integrated into the hard infrastructure already built into cities. As Barcelona’s plan points out, some of the best places for play are found in the everyday features of neighbourhoods: steps, bus stops, sidewalks and open spaces. People just need permission or a nudge to fill these latent spaces with play. Some evenings in my Toronto neighbourhood, a group of middle-aged dance students and their instructor take over a teardrop-shaped patch of concrete in a traffic circle. These folks have the right idea (and incidentally provide an excellent traffic calming service).

8. Play is multi-modal and all-seasonal

Play takes infinite forms and incorporates all manner of movement. It happens in person and virtually, alone and in groups. This adaptability should be embraced in a Plan for Play. In Canada’s winter cities, public play can get people outdoors for activity and social connection in colder months.

COVID-19 revealed the fault lines in Canada’s foundation of fairness; equitable access to play is one way to repair the cracks and build cohesion across cultural differences. A Plan for Play could ensure that every household is within safe walking distance of opportunities to play. For example, the Dutch city of Utrecht recently made the commitment to put a playground within 200 metres of every child.

It feels good and is an end in itself. We get to be ourselves—or forget ourselves—when we play. As we re-emerge from the pandemic, self-conscious and expectant, play can bring us together to make cities mischievous and marvelous again.

Josh Fullan is the director of Maximum City and an educator. Follow him on twitter at @joshfullan.