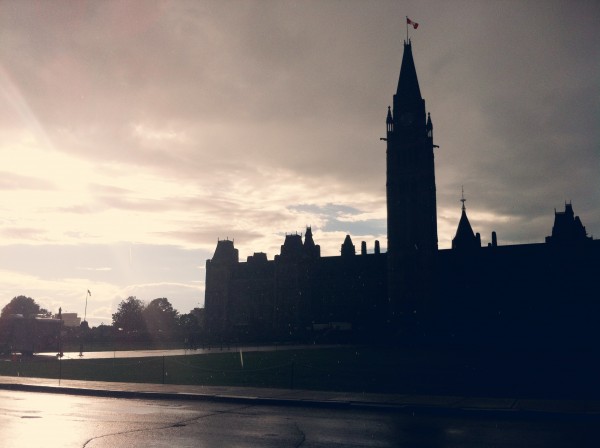 Ottawa, as both city and capital, is in a tough position. It is hard enough trying to define yourself as a relevant metropolitan city in today’s world of city-building, without the added pressure of having to represent all of the hopes and meanings of your country –especially one as large and as diverse as Canada. Add to that three-plus levels of judicial authority for almost any large-scale project (those being the City of Ottawa, The National Capital Commission and Public Works, in addition to those trying to develop the site), and you are in for years-long, and sometimes decades-long, approval processes.

This all adds up to little – little in terms of the speed of development and little in terms of urban progress.  And while the last ten years have seen some positive growth in the city, including the Canadian War Museum, Ottawa Convention Centre, Museum of Nature renovation, City Hall’s ‘Rink of Dreams’, and LeBreton Flats Park, there are many more projects that have been discussed, analyzed and discussed some more with little-to-no movement forward. And the list of areas for development or redevelopment is only growing, with Lansdowne Park (now finally under construction), LeBreton Flats, Rockcliffe Park, the intersection and underpass of Rideau/Sussex, and of course the infamous LRT topping the growing list.

And so it seems there are too many cooks in the kitchen, or rather, landowners at the boardroom table. For it is this which often leads to stalemates and months wasted waiting for design committee reviews to happen before anyone can move forward. This is not to say that committee reviews are not important or that we should act without due process, simply that there needs to be a way to stream line the bureaucratic processes to make it a little easier for things to happen in a timely manner. But what to do when one person owns the sidewalk, another the air rights, and you simply want your building to encroach just ever so slightly into their space?

In addition to these logistical constraints, however, there is also, and more importantly, the need for a urban identity which represents both the city’s local community, in Ottawa’s case one that still often feels more like a town than an gleaming metropolis, while still displaying the civic formality required for any Nation’s Capital. But I think this is where Ottawa succeeds, feeling both grand enough to represent our great country, but also comfortable enough to be embraced by locals alike. Colonel By Drive is equally as wonderful for the cycling commuter as it is for latest dignitary arriving from the airport, and Parliament Hill doubles as an outdoor yoga studio when protestors are busy elsewhere. For these are some of the moments that blur the line between capital and community, politics and the populace.

So what do you think of Ottawa as both a capital and municipal city? Does it strike a balance or is it too weighed down to move forward? Does all of this bureaucracy make Ottawa boring or beautiful?