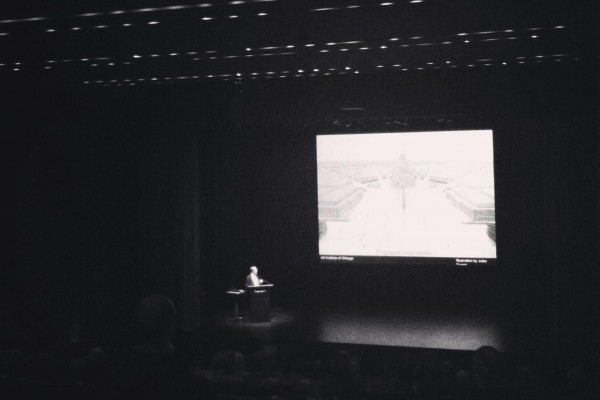 Last Thursday evening, listeners at the National Gallery were treated to a lecture on Ottawa’s urban history by Dr. David Gordon, Professor of planning history, community design and urban development at Queen’s University, in partnership with the Gallery’s current exhibit on Artists, Architects and Artisans. Focusing his talk roughly around the dates which the exhibit looks at, from 1890–1918, Dr. Gordon explained the expanding relationship between artists and architects during this time, the advent of the field of landscape architecture during the pre-war years, and the effect this had on both the Parks Movement and City Beautiful urban design ideologies, as they pertained to building Capital cities.

However, most interesting were Gordon’s reflections on landscape architect Fredrick Todd’s impact, and under-realized potential, in planning Canada’s Capital. Beginning by detailing famed landscape architect Fredric Law Olmsted’s work in Canada, who ultimately set up an office in Montreal, the effect of the Parks Movement can be seen in both Montreal’s Parc Mont Royal and the greening of America’s Capital, through a system of parks and rivers. But by 1903, Fredrick Todd, who had trained under Olmsted’s son in Montreal, was commissioned to complete a report for the Ottawa Improvement Commission, looking at ways to shape Ottawa’s urbanity in order to better reflect its role as a Capital city.

According to Dr. Gordon, at this time in Ottawa’s history, and under the leadership of Prime Minister Wilfred Laurier, Ottawa was still a lumber town and frontier city without paved roads, sidewalks, or major infrastructure, such as piped water. With only the Parliament Buildings giving the city any sense of its place within Canadian politics, Laurier proclaimed that he would help to make Ottawa as beautiful as possible, stating that the city would become, “the Washington of the North”. However, it was Todd who can be credited with ensuring that this was not what was manifested in Ottawa’s urban growth, due largely in part to his Parliamentary Report.

Todd had a more regional approach to urban planning, and thought it was important to include both sides of the Ottawa River in any plans, stating, “Ottawa is broken by steep terraces and picturesque cliffs,” in comparison to Washington’s relatively flat terrain. As well, the gothic style of Parliament Hill’s architecture had already started to set Canada’s Capital apart from Washington. Yet, according to Dr. Gordon, it must still be seen as a very bold move for Todd to have spoken in opposition to Prime Minister Laurier’s vision for Ottawa.

Todd also believed strongly that Ottawa’s plan should be based on a series of connected parks, paths, and waterway access, but was not successful in receiving the commission, with only MacDonald Gardens Park being built. But as time went on Ottawa remained a lumber town, often destroyed in part by fires, and leaving a young Mackenzie King unimpressed when he first arrived in the city by train.

Then from 1913-1915 The Federal Plan Commission for Ottawa and Hull was commissioned, but resulted in only the War Memorial and new Centre Block building, the original having burned down in 1915, being built. Next, Jacques Gréber would be brought in, with Ottawa’s urbanism later moving towards the expressways and suburbs which we are familiar with today, before more recent developments such as DTAH’s plan for Confederation Boulevard.

In closing, Dr. Gordon stated that he was regretful of the decision at the time to not follow through with Todd’s plan for Ottawa, believing that it is in fact Todd’s work, although not fully implemented, that represents one of the most important parts of Ottawa’s urban history, and potential. It was Todd who ensured that Canada did not simply mirror the United States in deciding how a capital city should be realized, and he is also perhaps responsible for the importance the National Capital places on parks and green spaces.

Focused on a lesser-known figure in Ottawa’s urban history, it was an insightful talk on Ottawa’s past, and an important education as we look towards the city’s future growth