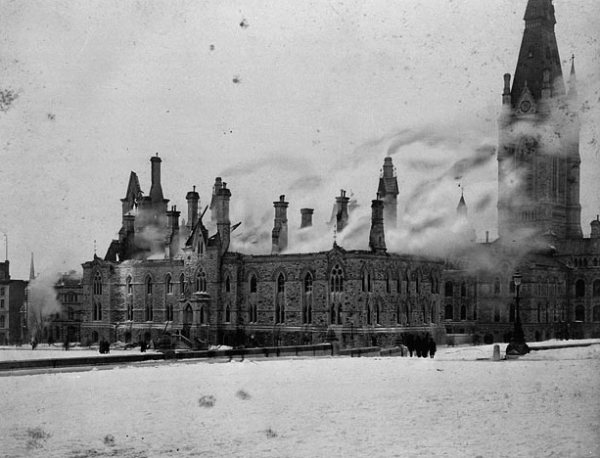 Nearly a century ago today, on February 3rd, 1916, a Member of Parliament noticed smoke in the House of Commons Reading Room, located in the Centre Block of Parliament Hill.

At the time, the Reading Room was filled with news papers and finished with panels of dry pine;  thus making excellent kindling for a fire started accidentally by an unattended cigar. The small fire quickly grew out of hand: it interrupted a House of Commons debate on fish marketing, and sent Prime Minister Robert Borden fleeing from his office through smoke and flames down a messenger’s stairway.

By 9:30 p.m., just thirty minutes after the smoke was detected in the Reading Room, the roof of the House of Commons had collapsed, and the fire was spreading towards the Senate.  In the chaos of the blaze, senators and soldier alikes rushed to rescue historic paintings from the Senate, and in a feat of great heritage value, quick-thinking Parliamentary librarian Connolly MacCormac saved the Parliamentary library by shutting the wing’s heavy iron doors against the flames. 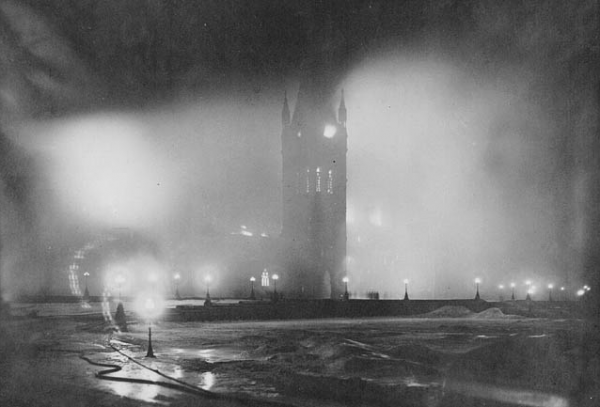 By 11:00 p.m. the Victoria clock tower had caught fire.  Dramatic eye witness accounts claimed that immediately after the clock chimed midnight, the clock tower had become completely engulfed and came crashing down in flames.  It would take another four hours into the frigid February night for fire fighters, some still operating horse-drawn engines, to contain the fire. 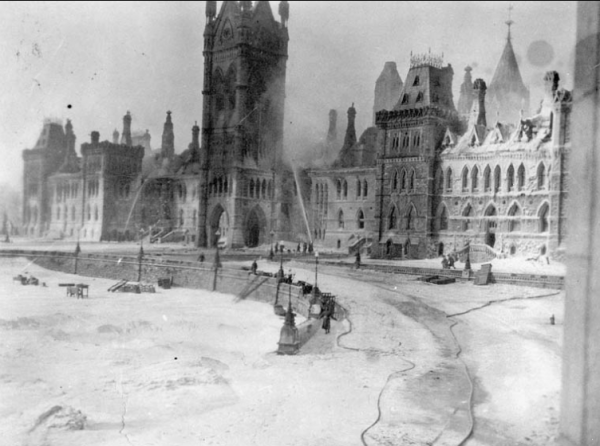 In the intervening years of the rebuilding of Centre Block, members of Parliament appropriated exhibition spaces in the Victoria Memorial Museum (now the Museum of Nature) for their offices.  Despite wartime concerns, giving Parliament a permanent home was deemed a priority, and reconstruction began in July 1916.  John Pearson and Jean Omer Marchand’s new design for Centre Block was finished in 1922, with the Peace Tower being completed in 1927 to commemorate the lives lost in the first World War. 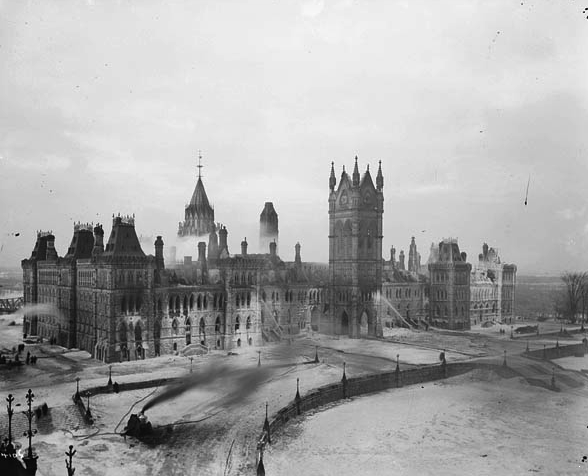 In a ceremony to lay the cornerstone for the new building, Governor General Prince Arthur declared: “Let us hope, that in the new Parliament Buildings that are about to spring up, many a speech will be made by many a distinguished man of the future, all for the good and advancement of Canada.” 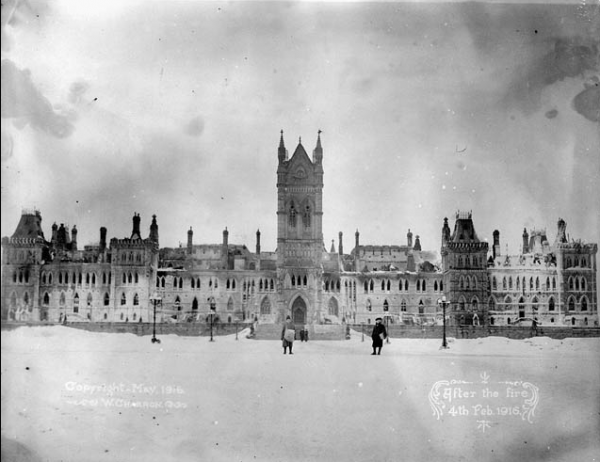 Almost a hundred years later, Arthur’s words ring true, as many distinguished women and men have made moving speeches in these no longer new buildings of Parliament which represent our nation, and which occupy a great place within the city of Ottawa.