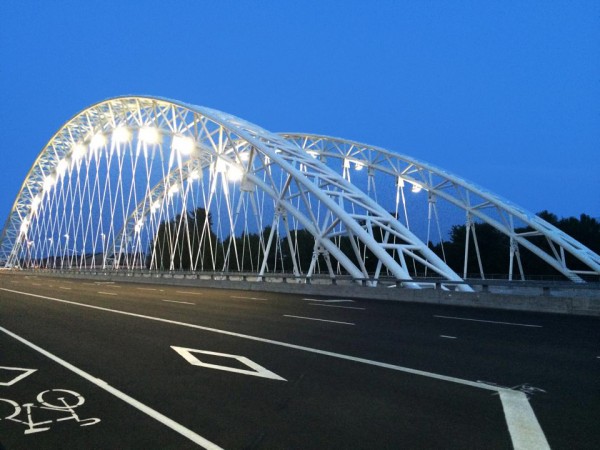 Officially opened on Saturday July 12, 2014, after years of planning and construction delays, the 143m bridge connects the communities of Barrhaven and Riverside South, and consists of two bike lanes, and eight lanes for vehicles and transit, in addition to sidewalks on both sides. Prior to its completion, these two neighbourhoods could only reach each other by accessing Hunt Club Road to the North or through Manotick to the South.

And while perhaps not completely comparable to the Eiffel Tower, and two years behind schedule, it is a both a practical, and beautiful, addition to Ottawa’s transportation infrastructure.