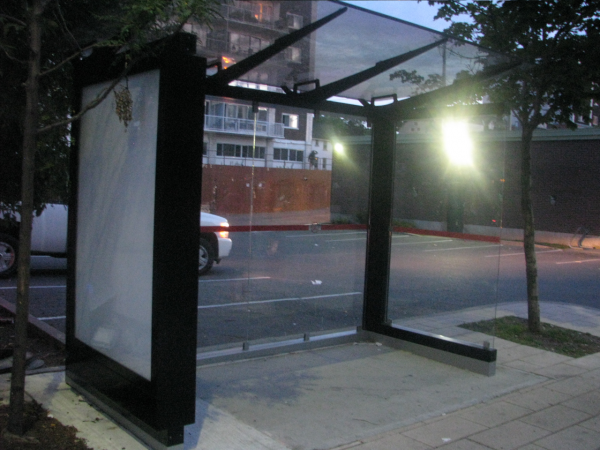 After recently leaving a writing workshop in Lowertown to start the trek back to our respective home neighbourhoods, a fellow participant and I happened upon this bus shelter. It’s one of a series of new shelters installed along the length of Rideau Street, and we were both struck by how it seemed to be designed as an antithesis to the concept of the bus shelter.

With no seating installed, the street-facing side is completely open to whatever weather is in motion at the time. The roof is also angled to let in the aforesaid weather. Is there a school of transit shelter design that holds such things to be virtues rather than flaws?

We’d like to know. We’d also be interested in hearing your opinions on the matter, whether based on experience here in Ottawa-Gatineau or elsewhere in the world.