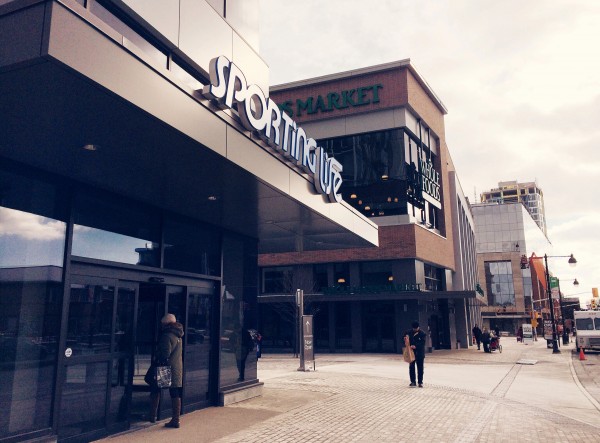 Having grown up in Toronto, the move to Ottawa found me at first feeling slightly claustrophobic and disconnected from the big-city-ness of the ‘416’ (which was notably gaining its second area code around the time of my departure).  This was met by shock when I realized that much of the downtown completely shut down after 5:30pm, and that I needed to bus 30 minutes outside of the main part of the city to get to a hockey game.

Yet over the past ten years, the city has grown not only in size and scope, but has grown on me personally, largely due to its non-Toronto-like qualities. This is not meant to be a comparative judgment, but rather a realization that Ottawa has come into its own and is continuing to develop a personality that is distinct from its largest provincial neighbour.  In the past ten years, Ottawa has seen a surge in trendy and local restaurants, festivals, cultural events, and retailers, and has even developed a line of t-shirts reminding people that ‘Ottawa is a place‘. It has also caught up largely in terms of big-name international brands, which some in the city had been asking for almost a decade (as was the case with H&M).

The irony is, however, that just as Ottawa seems to be forging an individual, and interesting, civic identity, separate from its government-town mentality, we appear to have imported a little piece of Toronto – a ‘Little Toronto’ of sorts – in the retail component of Lansdowne Park. For just as we have a Little Italy and Chinatown, Lansdowne appears to be Toronto transplant of shops and restaurants.

With a Bier Markt and Real Sports already open downtown (both Toronto chains), it is perhaps no surprise that other companies are wanting to move northeast of TO to capture a part of the growing Ottawa market. And as Lansdowne slowly opens its commercial doors, a Sporting Life, Sunset Grill, and South Street Burger are being imported from Toronto and added to the local landscape. This is in addition to national chains such as Whole Foods, Good Life Fitness and Rexall pharmacy, as well as others which have already been imported to Toronto itself, such as Joey’s Restaurant.

So while it is still too early to do a full analysis and critique of Lansdowne as a whole, it is clear that the northwest corner of the site, at least, is in fact no longer Ottawa in its personality, but rather, a Little Toronto.

Editor’s Note: Joey’s Restaurant was initially indicated to be a Toronto-based chain, however it is based in Vancouver. We apologize for this error.