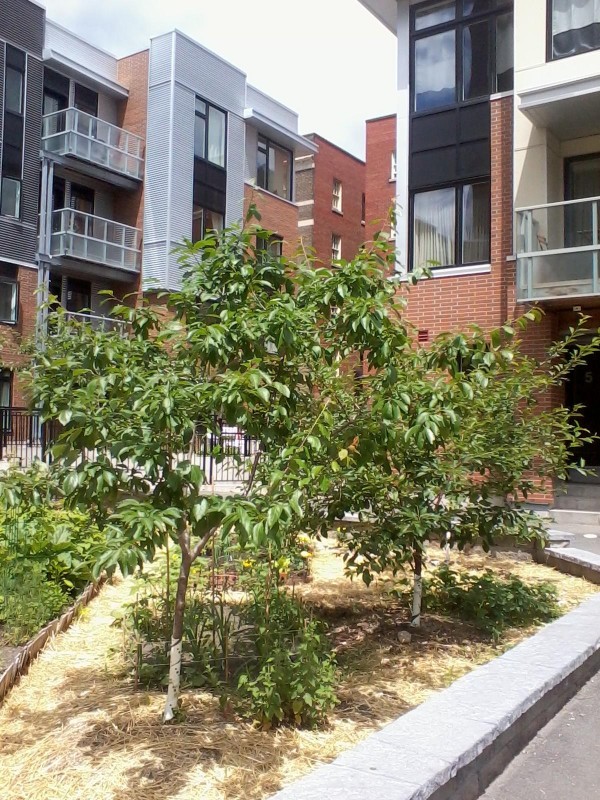 It took a while to come but spring is officially here which also means construction season is already well under way. This time of year is marked by the sounds of new construction starting, whether it is the banging of hammers from the framing crew working on a house down the street, or the shudder from a nearby blast as crews excavate for a new condo.

New development and redevelopment play a transformative role in the evolution of a city and its neighbourhoods. The density and type of housing constructed can complement the existing housing stock in the area or in some cases it can alter the demographics of the neighbourhood.

With all new construction, especially condos, it is important to consider the impact that these buildings will have on their surrounding neighbourhoods and communities. One of the often overlooked aspects of development is affordability and the role that plays in shaping the community.

Affordable housing by the numbers

First and foremost, it is important to understand what it means to be affordable. Ottawa’s Official Plan defines affordable as “either ownership or rental, for which a low or moderate income household pays no more than 30% of its gross income.”

With this in mind the City has set out targets as part of the Official Plan to encourage the production of affordable housing in new residential development and redevelopment. They have been targeting 25% of all new rental housing to be affordable to households up to the 30th income percentile. Several Community Design Plans have noted that means a monthly rent of $1,100 (or $13,200 annually). In other words, a household with an annual income of almost $44,000 would fit in this category.

The City also has a target of 25% of all new ownership housing to be affordable to households up to the 40th income percentile which equates to a price of $207,800.

It is also worth noting that approximately 7% of the targeted 25% is to be designated as ‘social housing’ and thus affordable to households at or below the 20th income percentile, that is, earning $31,500 or less.

These targets exceed the requirements of many other cities, including Toronto, and demonstrate a commitment to developing Ottawa into an inclusive and liveable city.

With that being said Ottawa is still faced with a shortage of affordable rental housing. While 40% of Ottawa households rent their housing, the 2001 census reveals that that only 5% of housing constructed in Ottawa between 1996 and 2001 were rental units.

Unfortunately, this means that most of the newly constructed housing stock is beyond the reach of many households. While the 2012 median total income in Ottawa for ‘Couple Families’ (married or common law) was $107,510; for a ‘Lone-parent’ it was $47,500; and, even worse, for a ‘Person not in census family’ (also known as an individual) it was $29,900.

So what does this mean?

The shortage of affordable rental housing coupled with the limited new construction of rentals means that there is an obvious slant towards home ownership. Although there is housing available for under $207,800, this price comes with a caveat. In the urban core of the city you may (if you are lucky) be able to purchase a studio in a new condominium or a 1 bedroom that is up for resale.

As you expand your search to the suburban areas of the city you can stretch the square footage and number of bedrooms and may find yourself in a townhouse. As you move further from the city centre you sacrifice ‘livability’ – groceries and other shops are no longer in walking distance, access to public transit lessens (though this varies to some degree).

If we step into the shoes of a single parent whose income hovers around the median we are not likely to find affordable housing in the core of the city as the options at the price point aren’t conducive to accommodating two individuals – each with their own space in the unit. Thus, we can assume that their search is likely going to take them beyond the city centre.

Let’s consider instead a recent graduate who has yet to find a job in their desired field and is working at a coffee shop on the ground floor of a new condo development. Based on your income as a barista it is highly unlikely that you would be able to afford to live in the building where you work, and that excludes any consideration for the level of debt most recent grads have.

This points to an interesting fact that came out of the 2011 National Household Survey; 25.2% of Canadians spend more than 30% of their total income on shelter – which is the threshold defined by the Canadian Mortgage and Housing Corporation (CMHC) to measure housing affordability. In Ottawa the constricted affordable rental market and limited options for affordable ownership in the urban area may result in individuals and families over spending on their housing.

Although there are affordable housing ownership options out there, in certain areas of Ottawa these options do not lend themselves to the social diversity that the City hopes to create. As the Official Plan acknowledges, the lack of affordable rentals is one of the most compelling problems in Ottawa and it must be addressed if we hope to become a truly livable city.

Having said that, I think the City deserves some credit. They have identified that there is a shortage of affordable housing and have incorporated policy in an effort to promote its development.

Ensuring there is affordable housing is a challenge most major cities are facing and given the complexity of real estate there are no simple solutions. Instead, cities need to have a broad set of tools such as planning incentives, grants, or inclusionary zoning in order to achieve their targets. While there is still a long way to go it is encouraging that Ottawa already has many of these tools in place.