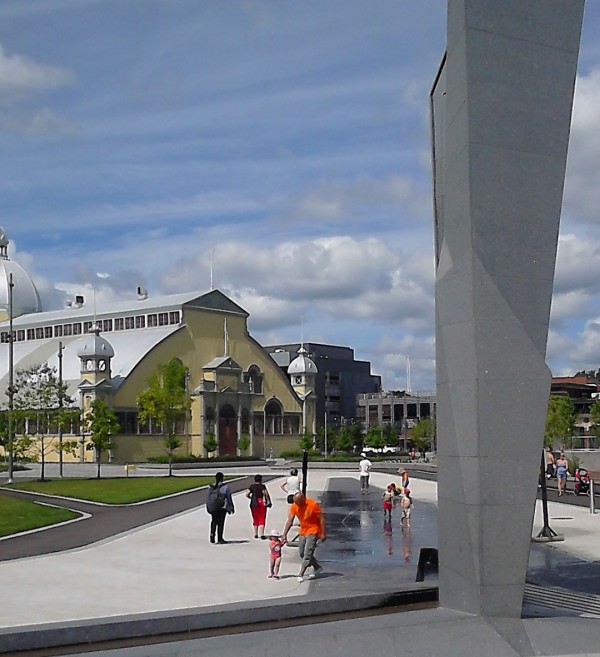 Cities are communities. While we all have our private concerns, goals, and obligations, as a city we also have to think collectively about our shared public lives and spaces. “Public” is at the centre of many city debates and comes up a lot in this column.

There is the campaign for a new central public library, controversies over new public art, public transportation and major infrastructure, and the challenge of finding continued support for crucial public services.

On the one hand there is demand for the city to do more to improve our environment and daily lives. On the other there is the seemingly inevitable complaints of city projects always being a “waste of taxpayers’ money”.

Cities, Ottawa included, have a long history of being torn between civic welfare and city budgets—between investing in the public domain and making financially responsible decisions. Sometimes they work together, sometimes one has to be chosen at the expense of the other.

So, what is “public”? Why it’s important to our cities? And who decides what is in the public’s interest? Let’s look at some of the big categories of public projects.

The idea of public art is rooted in a civic concern that art has an important role to play for everyone in everyday life. It embodies a belief that art should not belong just to those who can afford a private collection and it should not only be encountered in museums.

There is of course a long tradition of private philanthropists, rulers, and religious institutions providing public art, often as a form of mass communication. In the mid-twentieth century there was the rise of the idea that public art should be publicly accessible, publicly funded, and represent a shared public identity.

At a governmental level, this idea led to the implementation of various public art programs. Many follow the form of investing a percentage of the budget of civic building and infrastructure projects towards commissioning of artworks.

The City of Ottawa follows this model. This year, Ottawa celebrates 30 years of “bringing colour, beauty and imagination to neighbourhoods all over town.” The city press release continues that “art has become part of the fabric of this city, inspiring residents and visitors alike.”

The city is inviting the public to share their favourite artwork found in city parks, buildings, streets, and transitway by tweeting photos with the hashtag #artawa.

Moving people through the city is a major urban planning issue. Public transportation not only offers an affordable alternative for those who cannot afford a car, it is increasingly becoming an environmental and logistical necessity. Private cars are simply too inefficient at moving large number of people between home, work, and play.

Ottawa was an early adopter of modern public transportation. The Ottawa Electric Railway operated streetcar service between 1891 and 1959. Horse-drawn streetcars predate that.

The removal of the streetcars, like many of the city’s transformations through the 50s and 60s, was courtesy of the Greber Plan. The plan called for the continued consolidation of the twelve transportation companies serving the National Capital Region and gradual conversion towards a more flexible and evenly distributed bus system.

In the 1980s, the Transitway aimed to further improve the efficiency of public transportation by introducing a rapid transit system. Major routes were segregated into a network of bus-only roadways and lanes. It is considered one of the most successful implementations of this type of system.

Ottawa is now anxiously awaiting the delivery of the newest chapter in its public transit—light rail. It is almost ironic given the Greber Plan dismissed track-based service because at the time considered outdated, limited, and incapable of serving the growing and increasingly congested city. But perhaps it just demonstrates the complexity of the problem and the need for a constantly evolving system.

Through the 1970s and 80s, the federal government established programs to provide housing for people with low-income, primarily based on contractual partnerships and subsidies. Many of the operating agreements are now reaching the end of their 35-50 year term with no signs of renewal.

The switch in focus through the 1990s and early 2000s towards more market-driven housing development has placed pressure on the lower end of the rental market making it difficult for low and modest-income renters to find affordable housing.

The Federation of Canadian Municipalities reports that “one in five renters pays more than 50 per cent of their income on housing.” Ottawa has approximately 10,000 households on a five-year waiting list for affordable housing.

Despite demand, construction of new affordable rental units has significantly dropped off in the last twenty years. On top of that, many of the original units constructed in the early days of federal housing programs are reaching end of life or in need of significant repair.

The withdrawal of public funding for public housing programs on the federal level is leaving both provincial and municipal governments, and local organizations to face the huge battle to maintain services and keep up with serious demand.

Part of the flaw in the idea of “public” as it solidified in the mid-twentieth century was a failure to understand that public access and public funding may provide the base for civic welfare but alone do not create a sense of civic identity and responsibility that make cities thrive.

The missing key ingredients is usually public participation. But it continually proves to be a very complicated and elusive ingredient. It can take a range of forms, and degrees of involvement, power and control—from basic information or placation, to consultation, to partnerships, to full citizen control. It’s what is known as Sherry Arnstein’s “Ladder of Citizen Participation”.

The effectiveness and meaningfulness of public participation is often linked to the direction of the engagement. That is, whether it is “top-down” versus “bottom-up”.

Top-down often has the procedures, systems, and means in place to roll out projects efficiently and effectively. They can however suffer from bureaucracy and a lack of transparency that alienate and frustrate the community they are trying to serve.

Grassroots, bottom-up movements and initiatives generally succeed better at bringing the community together. They are, however, far more demanding and require significantly greater investment of time and energy from the community.

This article has been cross-published: yowLAB is Ottawa’s architecture and design ideas lab, fostering and supporting collaborations and exchange of ideas in the community. UrbSanity is also published in Centretown Buzz and supported by the Canada Council for the Arts.