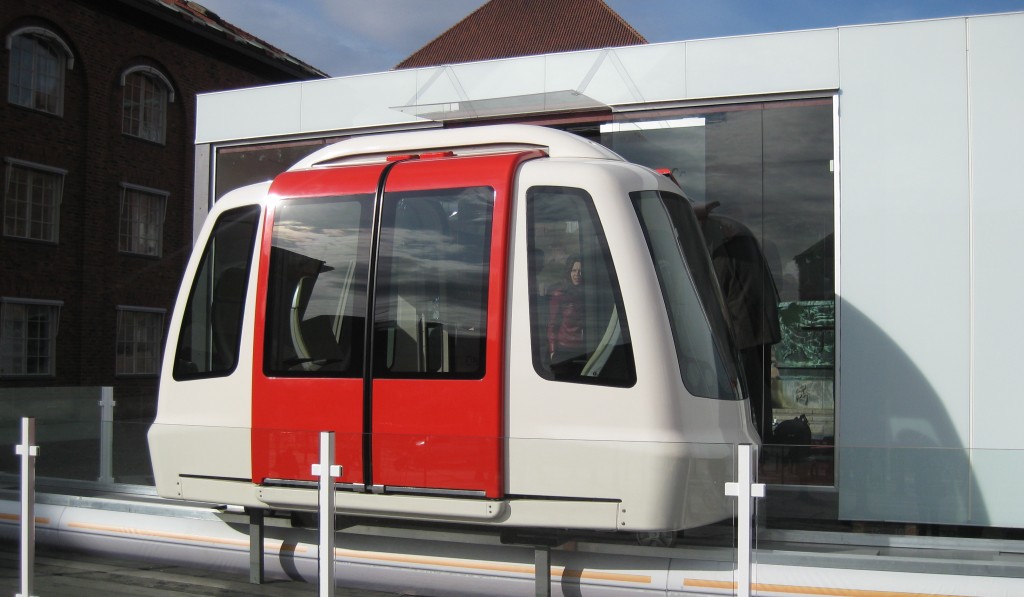 Personal Rapid Transit (PRT) is one of those futuristic modes of transit that has never left the public’s imagination. At its core, PRT  has always been perceived as a way of combining the benefits of rapid public transit with those of private transit. Imagine being able to leave your house, take a short walk to a PRT station, and be whisked away to the closest TTC station or GO terminal along a web of transit lines. While PRT may seem like a futuristic idea from The Jetson’s, urban motorists may be jumping into these mini-streetcars in the not-so-distant future. [ EDITOR’S NOTE: also see Spacing’s article on PRT from the summer 2006 issue ]

A joint venture between the European Union, Stockholm University, and the Royal Institute of Technology will bring PRT one-step closer to becoming a viable transit technology. Pilot Sparbilar is a pilot project that will connect Stockholm University with the Royal Institute of Technology, which are currently separated by a distance of one subway stop. With a completion date of 2015, it will provide ten intermediate stations between the two campuses. The system will be fully integrated with SL, Stockholm’s transit authority, allowing passengers the convenience of using one fare system. 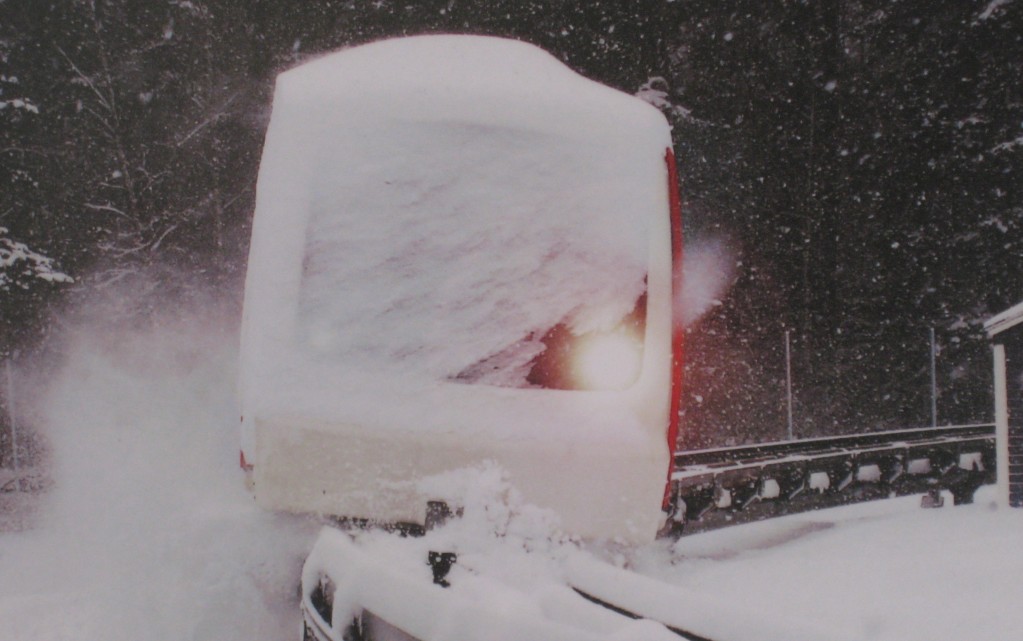 Pilot Sparbilar will function as a web network, letting passengers choose their destination from a variety of options, as opposed to being confined to stops along a single route. The system works by distributing automated five-seat PRT cars to stations based on user demand, not on a pre-defined schedule, using a complex algorithm to ensure short wait times. Currently there is a test track in Uppsala, which has been testing summer and winter track conditions as seen in the photo above.

At a cost of roughly $11-million per kilometre of track, compared with $40-million for LRT and $200-300 million for subways, PRT is also an economically viable option. Powered by electricity, PRT further reduces it operating costs by using solar panels on the roof of the cars, hard plastic wheels to lower friction, and magnetic propulsion. It’s estimated that each Pilot Sparbilar car will use one-third the amount of electricity of a conventional electric car. The low infrastructure and operating costs will allow fare revenues to cover the cost of the system.

However for all its benefits, there are drawbacks to PRT. Hourly capacity is less than subways, and therefore would never be able to fully replace a subway system. There are also personal security concerns, with no driver and small self-contained cars. To mitigate these security issues, every car is equipped with a camera and panic button. 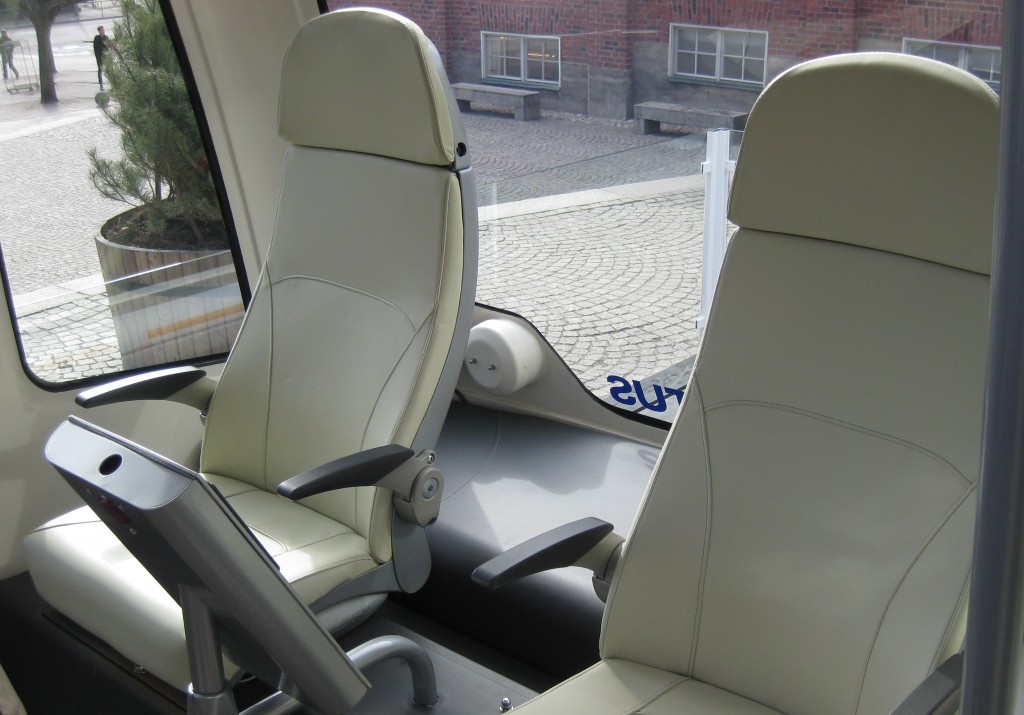 The most practical use for PRT is as a feeder system for the more robust forms of transit like subway and LRT. Picture a PRT system snaking through Leslieville, Leaside or the Annex, taking you to the closest TTC stop. Alternatively, PRT could be used for large campuses and airports. There are currently two operational PRT systems in the world. The first is a campus-to-downtown link in Morgantown, West Virginia (which Spacing wrote about in 2008), built in the 1970s as a transit research project. The second is a new system at Heathrow Airport in London called ULTra. Both are surface mounted systems, however it’s also possible to have a suspended PRT configuration. 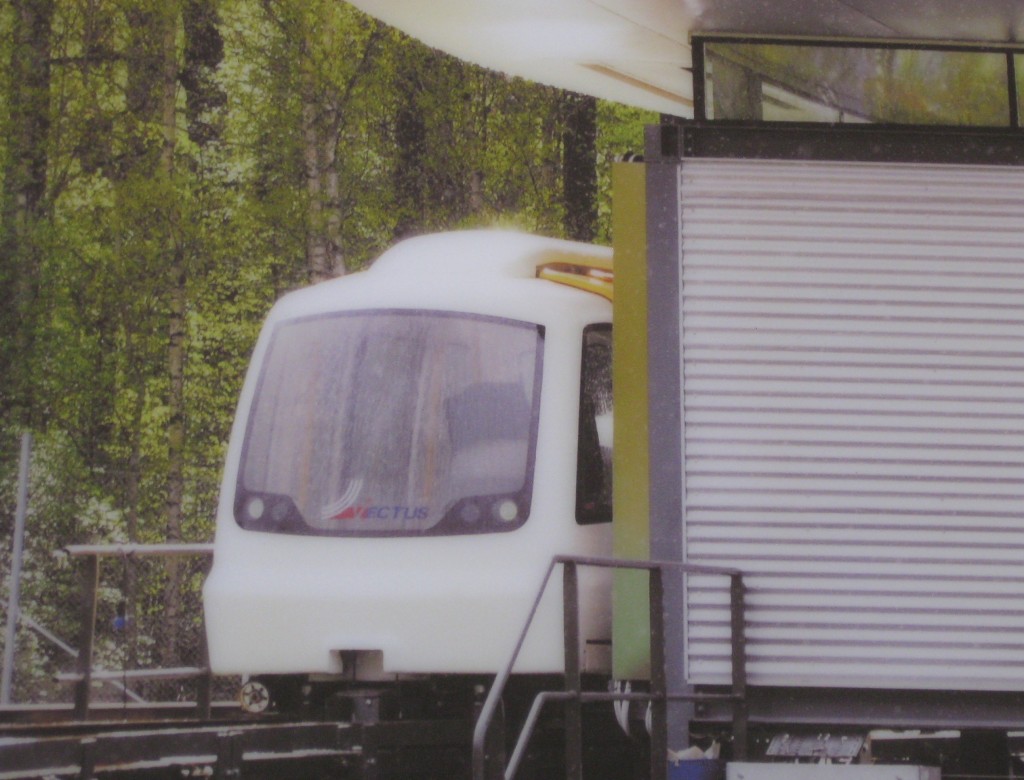 In Toronto, there are endless possibilities where PRT might be utilized.  A University of Toronto–Queen’s Park–hospital district–Ryerson University route could be implelmented with dozens of stations to pick an choose from. Allowing students, academics, politicians, and medical professionals a quick link to one another. A Toronto Island–CN Tower–Union Station–St. Lawrence Market–Distillery District route could become the Waterfront Line, perfect for visitors to the city. We could even go as far as thinking of PRT as way to one day rid the Gardiner of its congestion.

Could you see PRT becoming a viable transit strategy for Toronto? If so, where would you picture PRT lines being implemented?